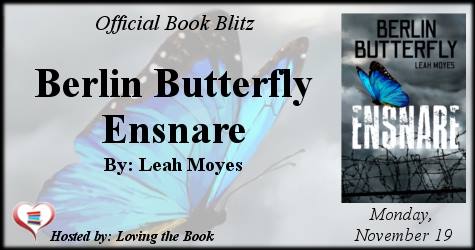 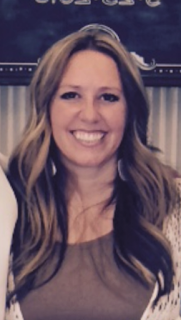 Stay or flee? Life or family? An impossible choice. 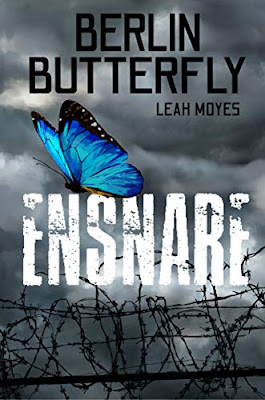 It's Aug 13, 1961, in Berlin Germany. Nationale Volksarmee soldiers roll barbed wire across the war-torn city to create the first Berlin Wall.
Families are separated, livelihoods destroyed, death comes easily as crippling fear paralyzes the occupants on both sides of the wall. Fifteen-year-old Ella is faced with an agonizing decision. Does she risk crossing the wall and possible death to reach her family? Or does she embrace her new life and blossoming love that could be wrenched from her at any moment? West Germany and possible freedom or East Germany and controlled chaos?

Ensnare, the first book in the “Berlin Butterfly” series, is a story of life, love, survival and the struggle of living through the dark early years of the Berlin Wall. Readers will be captivated with Ella’s strength, determination, and vulnerability as she opens her heart amidst a dangerous and terrifying journey."

Bam! Bam! Bam! The heavy pounding launched me flat to the floor. Face down, I realized I’d done exactly what I had meant not to do— fall asleep. I rubbed my eyes and attempted to comprehend what was happening. They were blurry and strained. I heard another loud thud splinter the door as someone busted through. I leapt to my feet the very moment I heard the crunch of glass under heavy boots. They came in like I imagine a herd of wild animals would, how many I did not know. I no longer had time to get to the kitchen window as planned.

Their inability to be discreet allowed enough coverage for my brazen dash to the bedroom closet. It was the only place I’d possibly have a chance to hide. I maneuvered to the far corner with only a few of Mama’s dresses for cover. I smashed against the wall as closely as possible and pulled a long trench coat in front to make it appear as if it was the last item on the rack. A pair of winter boots was pushed forward to hide my feet. My toes curled tightly in the confined space behind them.

The brutes did not seem to mind that their audacious duty came without restraint or consideration for anyone or anything. The sound of furniture upheaved, and dishes broken amplified with each passing second.

I was fully awake now, struggling to calm my surging breath. I cringed at the thought they would find my small collection of belongings near the back window. This included all the Mark I had, yet I knew right now the money was the least of my problems. If they found me, I could be arrested or face far worse consequences. I’d heard stories of young women found at the hands of crazed, irrational soldiers. I had risked everything by staying in the flat.

Someone entered the bedroom and proceeded to flip the bed. If he touched it, he would have felt the warmth my body heat left against the blanket. It didn’t sound as though he had. Another man entered, and they talked about possible hiding places for valuables. The harder I pressed against the inner wall, the more I lost feeling in my limbs. I prayed they would not come over to the closet. It was useless. I knew they would check even before I heard the footsteps turn my direction.