November 27, 2018
Today on the blog I am very excited to be hosting Stella Riley's Blog Tour for her latest novel, Cadenza, which was published TODAY! Happy Pub Day to Stella! You can read all about the book below and enter our giveaway! Are you ready to meet the Rockliffes? The Times said of the Rockliffe series: " I read all five books in the series back to back on the way to work and loved them all. I finished the last one while actually walking over London Bridge, because I couldn’t put it down. Read it now. Thank me later." 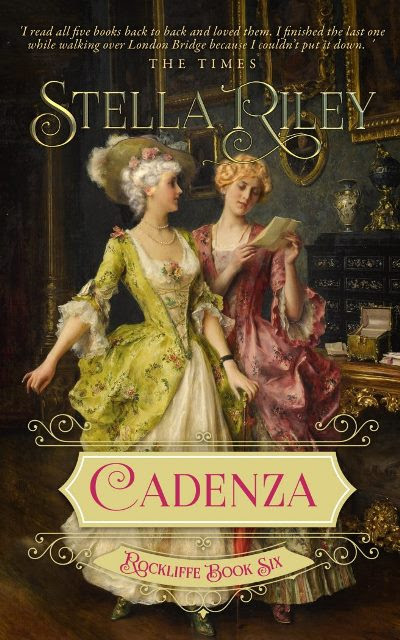 The performance finished in a flourish of technical brilliance and the young man rose from the harpsichord to a storm of applause. Julian Langham was poised on the brink of a dazzling career when the lawyers lured him into making a catastrophic mistake. Now, instead of the concert platform, he has a title he doesn’t want, an estate verging on bankruptcy … and bewildering responsibilities for which he is totally unfitted. And yet the wreckage of Julian’s life is not a completely ill wind. For Tom, Rob and Ellie it brings something that is almost a miracle … if they dare believe in it. Meanwhile, first-cousins Arabella Brandon and Elizabeth Marsden embark on a daring escapade which will provide each of them with a once-in-a-lifetime experience. The adventure will last only a few weeks, after which everything will be the way it was before. Or so they think. What neither of them expects is for it to change a number of lives … most notably, their own. And there is an additional complication of which they are wholly unaware. The famed omniscience of the Duke of Rockliffe.

‘You look appalled.  But it wasn’t that bad. As long as I had music, I didn’t need anything else.’  The smile slid away, as Julian contemplated the ruin of his hands.  Long-fingered and elegantly-boned, they were littered with scratches, the marks of old blisters and the beginnings of calluses. ‘In truth, if I had that now I’d be coping better with the rest of this mess.’  Surprised that he hadn’t understood this before, it was several moments before Paul spoke.  But finally he said, ‘Aren’t you finding any time at all to play?’ ‘Play what?  The harpsichord is still not in working order.’ ‘But you’ve been repairing it since you first got here!’ ‘With insufficient time and none of the proper materials,’ muttered Julian. ‘Strings were broken, the jackrail was split and half the jacks were damaged. Nearly all the dampers had rotted and mice had been nesting on the soundboard, for God’s sake. I told you all that.’ The doctor stared at him in exasperation
‘Julian … I can name every bone in your hand and tell you more about your liver than you’d really want to know – but the internal workings of musical instruments are as big a mystery to me as they are to most other people.  However … I gather what you’re saying is that you haven’t played a note since you left Vienna.  Is that right?’ ‘Yes.’ ‘And it’s killing you.’ Julian hunched one shoulder and said nothing. Paul stood. ‘Get up and come with me.’ ‘What?  Why?’ ‘If you’d made any attempt to get to know your neighbours instead of going about with your head down and your hands in your pockets, you’d be aware that your struggles to mend matters at Chalfont without raising rents haven’t gone unnoticed. There are people who would help if you asked them.  But you don’t ask. You hide.’ ‘I don’t --’ ‘Reverend Hassall would have been happy for you to play the church organ.  Did you think of that?’ Paul’s determination to sound bracing rather than sympathetic came out more gruffly than he had intended. ‘But I forgot. You don’t attend church, do you?’ ‘I went once.’  Julian shifted uneasily. ‘I’d intended to speak to the vicar.  But the regular organist has rheumatism in his hands and --’ ‘He does.  Is less than perfect playing too painful for you to listen to?’ ‘No.  What hurt was knowing what that must mean to him.  And that hearing me play wouldn’t have made him feel any better.’
The air hissed between Paul’s teeth.  He said, ‘Ah.  My apologies.’ ‘It doesn’t matter.’  He rose. ‘I should go back.  Ridley thinks the weather may break before we’ve got the last of the --’ ‘You can spare another hour.  It’s time you discovered that the heap of firewood you are trying to mend isn’t the only harpsichord within reach.’ 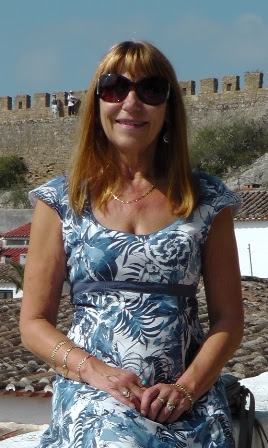 Readers' Favorite award-winning author and B.R.A.G. Medallion honoree Stella Riley trained as a teacher in London and now lives in Kent. She enjoys Amateur Dramatics, dancing, reading and travel. She is fascinated by the English Civil Wars and has written six books set in that period. She loves the extravagant fashions of the mid-Georgian period, likes men with long hair and her current passion is for Baroque harpsichord music. The first 5 books of the Rockliffe series (recommended in The Times newspaper!) are also available in audio, narrated by Alex Wyndham. And Rockliffe Book Six - CADENZA - is currently available for pre-order and will be released on November 22nd. Visit Stella at http://stellarileybooks.co.uk for all the latest information on her books and her 'Who's Who' and Extras pages. You can also find her on Facebook, Twitter, and Goodreads.

During the Blog Tour we will be giving away eBooks from Stella Riley's Rockliffe series - The Parfit Knight, The Mésalliance, The Player, The Wicked Cousin, or Hazard! 5 eBooks are up for grabs! To enter, please see the Gleam form below. Giveaway Rules – Giveaway ends at 11:59pm EST on December 19th. You must be 18 or older to enter. – Giveaway is open to US residents only. – Only one entry per household. – All giveaway entrants agree to be honest and not cheat the systems; any suspect of fraud is decided upon by blog/site owner and the sponsor, and entrants may be disqualified at our discretion. – Winner has 48 hours to claim prize or new winner is chosen. Cadenza