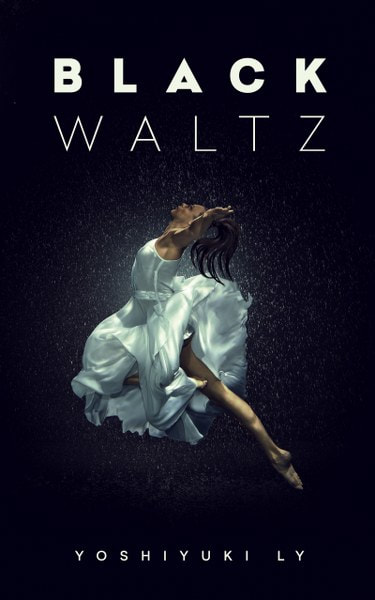 As a Black Waltz—a magical ballet dancer—Stella Azrith appears to all as a composed, no-nonsense sorceress of notable talent. Yet she is deeply dependent on her muse for far more than most artists, complicating her relationships. Nyte Lysander is a suave, emotional cellist who once struggled in her obsession to stay in Stella’s world. She and Stella find one another again after a tumultuous breakup, needing the other for reasons warped beyond the norm. Black Waltz is a sprawling urban fantasy romance set 350 years after The Scorpion’s Empress and 100 years after Venus and Lysander, concluding the trilogy. Can be read as a standalone.

Searching for acceptance, Stella and Nyte learn to understand each other anew, strained only by disagreements past and unspoken. Nyte’s living situation in the crime-ridden district of Maleficus in the city of Eden pushes her and Stella to pursue better artistic opportunities elsewhere. As they toy with the idea of exploring a power play relationship, they learn about a greater evil that threatens the Azrith and Lysander families. The true enemy twists on its head through whirling rainstorms, driving Stella and Nyte to prove who and what they stand for.

There can be no waltz for three.

The door. The doorknob. It clicked and turned, opening on its own. Those stretch leather thigh-high boots I remembered from a dream when I’d had my magic poisoning: I saw the tip, and then the heel step onto the fine rug over the floor. That familiar, mixed complexion showed from her exposed thighs as Stella entered the room. Steam fogged her appearance, but I knew it was her. She had on the same corset, the same boots, the same everything. Fear crept through me as slowly as she walked. Awe opened me up, only for my terror to shut me down again. All I could do was watch as she slid aside the shower door and came inside with me. Stella used a seamless spell to make the shower water slide off of her body as if she were made of glass. She pressed me up against the cold wall, as cold as her eyes were as she stared me down. The tightness of her trained waist pushed up her breasts, full as they were already, right up against mine. “Hello, Nyte,” she whispered, chilling me in this warm water. “Wh-What are you doing—?” Stella placed her lithe finger over my lips. “Shh…there’s no need to panic,” she soothed. I started breathing hard against her hand. She gave me a slow smile. “There’s something I’d like to discuss with you. I want us to continue from where we left off. But, as you accused me of before, this will be on my terms. Is that a deal breaker for you, or should I walk away?” “No, it’s not… Please. Please, don’t walk away from me. I couldn’t take it if you did.” “Mmm, I thought so. Let’s go over how this will work, shall we?” Vigorous, eager, hungry, I nodded.
Stella studied me for a bit first. I let her look me over, forgetting the freeze of the wall against my shoulder blades. Keeping eye contact with her was too intense. I glanced down. Dirt from the underside of Stella’s boots dissolved away as stained water down the drain. Nothing else from her met with the water. Yet I was bare and exposed, getting more and more soaked by the moment. Everywhere. “I like that you’re afraid,” murmured Stella. “Paranoid. Suspicious. You don’t know what to think, what to feel. When we’re like this, there are no disagreements. No arguments. No…hurt feelings.” I winced at her emphasis. “This contract between us is spoken. I don’t need a formal document to keep track of what you like and dislike. Do I have your consent?” “Yes…” “Do you trust me to hold this power over you?” “Yeah…I do,” I told her. “That’s the important part,” she stressed. “Trust.” Stella feathered the tips of her sharp nails along my jaw, stroking me like I was her plaything. “There are lines that I absolutely won’t cross. You can trust me with this.” The words just came out, trembling, “You can do anything you want to me.”
Stella narrowed her eyes. “Anything?” “Anything…” “You’re certain you have no hard limits? Things you absolutely refuse to do?” “Maybe I do. I don’t know right now. If I figure one out, I’ll…let you know. You already know the things I like, what I enjoy. Go from there.” “So, if I asked someone else to fuck you while I watched, you’d take it?” “If it would please you,” I said, not recognizing how weak my voice sounded. “Even a man?”
I cringed. “More difficult, hm?” noticed Stella. “As dangerous as that is, I respect your wishes. If you think I’m going too far, use a safe word. No more will work. I’ll stop whatever I’m doing and take care of you. We’ll talk about what went wrong and make adjustments. Is that fair?” “Yeah… Yes. I can live with that.” “Good. Do you have any questions?” I couldn’t pin anything down with words. I shook my head, not wanting to waste her time. Stella spun me around. She pinned me against the wall, her front against my back. Those boots made her a bit taller than me, and she took advantage of it, taking up all the space around me. She tilted my head to the side, her graceful hands calculating enough to feel like a spider crawling against my skin, with the sharpness of her nails as the venomous tips of her claws.

Yoshiyuki Ly was born in San Diego, CA. Her pen name represents her multiracial heritage and a unique, diverse outlook that reflects in her work. She is a writer and a gamer, primarily inspired by thought-provoking, well-written video games such as the Shin Megami Tensei, NieR, and Drakengard franchises.

Hey everyone, I’m Yoshiyuki Ly and I’m here with a guest post for my third book, Black Waltz.
My writing process is the same for every book, for every story I’ve ever written, for over ten years now since I started writing more seriously beyond an occasional hobby. I usually have music on, with headphones, to drown out anything else that might get in the way, but it’s more obsessive than that.
I listen to the same song over and over again on repeat while writing any given scene or chapter. I may listen to it hundreds of times, or even a thousand times for a full chapter, until it’s finished, including the first draft and final edits. The song relates to the scene or chapter in the same way that anyone else might read and re-read an outline of what they intend to write.
Listening to the song helps me draw out the visuals of whatever I feel as words on the screen.
I mostly listened to video game soundtracks while writing this book, like from NieR, NieR: Automata, Shin Megami Tensei: Nocturne, and Drakengard 3. “Cold Steel Coffin” from the first NieR game is the backbone of my main character’s dancing and inspirations.
I’ve never had to write anything down to keep me from forgetting things. I can listen to a song and remember scenes or story arcs that I edited out or kept out entirely from stories I wrote years ago. It might sound strange, but it’s what works for me.
This is why Black Waltz is so entrenched in music.