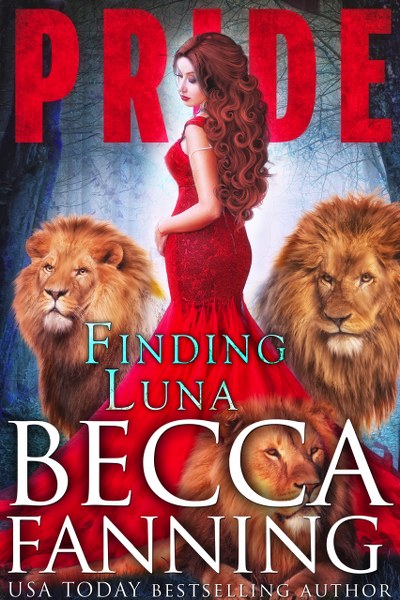 What happens when three Lion Shifters have to share one Mate?

Maryellen was born into a life, if given the chance, she would gladly give away. Though she is probably one of the wealthiest people in the country, Maryellen has never wanted her wealth. Nor her family who is constantly trying to find ways to steal her wealth from her. After being the sole heir to her grandfather’s fortune, everyone has been out to get her ever since. After countless kidnapping attempts and always being afraid to fall asleep, El is finally taking the step to date someone and perhaps find true love.

But when she meets Ryan on a blind date, her world changes forever. She is plunged into the world of the paranormal as Ryan reveals his true identity; that he is the leader of the local Pride of Lions. And more than that is the fact that Ryan knows El is her mate. And to make matters more complicated, Ryan is part of a Triad of brothers. Meaning, El has three mates. As El tries to comprehend this crazy new life she is a part of, she can’t deny how right this all feels. She now has the protection of shifters and three men who will love her and keep her safe.

But, even after accepting her new life, she can’t let go of the past. She will have to find the truth behind why she is always targeted and come to understand that it’s not just for her money. She will have to make tough decisions, but at least now she knows she will never be alone again.

USA Today Bestselling Author Becca is interested in one thing: big alpha male Shifters who know when to be tough and when to be sensitive. She didn't think there were enough of those, so she's been writing about them for the past three years! Her books are steamy with deep characters, suspense and authentic relationships.