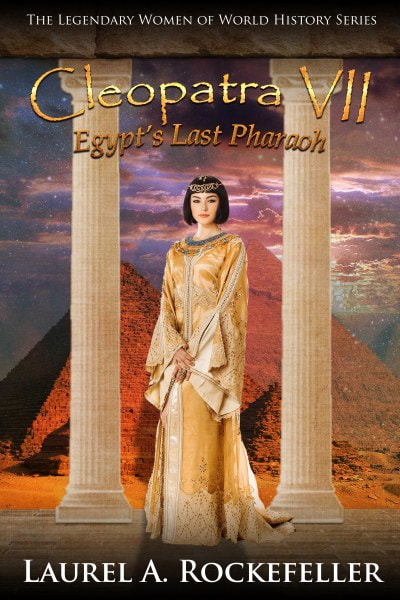 The exciting true story of Egypt's most famous queen!

Cleopatra Thea Philopator refused to do what she was told. In an age where patriarchy denied full citizenship to even the most elite of Roman women, Cleopatra ruled her Egypt determined to keep it independent and free from Roman control -- at any price necessary. Demonized as a simple seductress by Gaius Julius Caesar Octavianus (the future Caesar Augustus) and his political allies, Cleopatra VII proved herself the equal to three of the most powerful men of the Roman world: Gaius Julius Caesar, Marcus Antonius, and Octavian Caesar.

Includes a detailed timeline, suggested reading list/bibliography, and a special Easter egg for Doctor Who fans.

“Any news?” asked Gaius Julius Caesar as he and one of his aides marched back into the lavish apartment the general chose to be his headquarters in the palace. “Pompey’s body was found back in Pelusium,” reported the aide. “Excellent. Is his funeral done then? All of him?” “As you have commanded so it is accomplished,” affirmed the aide. “And our efforts to locate Cleopatra?” asked the general. “The last time she was seen was two days ago while at prayer at the Poseidium—but she has not been seen since.” “She’s laying a low profile,” concluded Julius Caesar. “Very wise. Clearly reports of her intelligence are not overrated.” “Well she is widely considered one of the most intelligent and highly educated of all the women in the world,” noted the aide. “What she lacks in perfection in her flesh she more than makes up for in her wit, charm, and wisdom. I would not wish to be against her—in love or war.” “Beauty is not always about the roundness or size of a woman’s breast nor in the complexion of the skin. Beauty has many forms.” “As no doubt your sexual conquests have proven,” hinted the aide playfully. “Meaning?” asked Julius Caesar sternly. “I mean no disrespect, Sir!” Julius Caesar waved for him to leave, “No bother! My reputation is well-earned. No one I fancy refuses my bed. No one!” “Is that so?” asked Cleopatra as she emerged from a shadow on the edge of the room. “You are Gaius Julius Caesar, I presume?” Julius Caesar approached her, his gait like a jaguar assessing powerful prey as he extinguished the candle on the desk in front of him, “Cleopatra the Seventh Thea Philopator, I presume?” “You may simply call me Isis if that is simpler, General.” “How about Cleopatra? Oh, I know it is Egyptian custom to be distinguished by many bynames. Given how intermarried you Ptolemies are, it is perhaps the only way to know who is whom. Your brother is the thirteenth Ptolemy—in what? Two hundred fifty years?” “You are well informed,” noted Cleopatra as she circled the general gracefully, her own movements as elegant as those of the goddess Bast. “How did you get in here?” “Magic!” “Magic? Or were you in that carpet that mysteriously appeared in this room four hours ago?” “A goddess never reveals the secrets behind the miracles she creates.” “In that she is like every other woman,”  retorted Julius Caesar as he extinguished another torch from the wall. “I heard your aide imply you know something about the subject of women.” Julius Caesar extinguished another torch, “Women and men! If I fancy someone for my bed, I am never refused!” “Never?” Julius Caesar met her eyes, “Not once, not ever!” “I may prove your boast wrong.” “No! You won’t!” flirted the general as he extinguished the last torch in the room and put his arm around her waist. 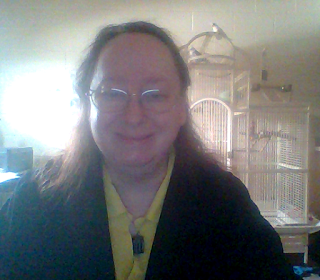 Born, raised, and educated in Lincoln, Nebraska USA Laurel A. Rockefeller is author of over twenty books published and self-published since August, 2012 and in languages ranging from Welsh to Spanish to Chinese and everything in between. A dedicated scholar and biographical historian, Ms. Rockefeller is passionate about education and improving history literacy worldwide.


With her lyrical writing style, Laurel's books are as beautiful to read as they are informative.

In her spare time, Laurel enjoys spending time with her cockatiels, attending living history activities, travelling to historic places in both the United States and United Kingdom, and watching classic motion pictures and classic television series. 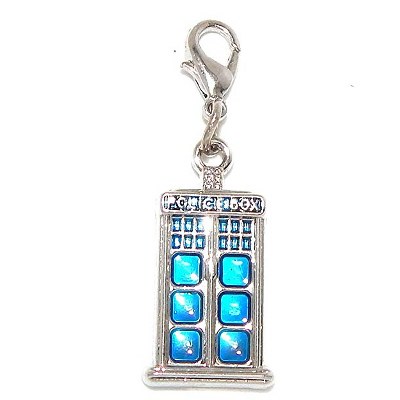 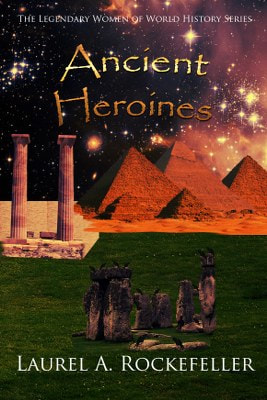