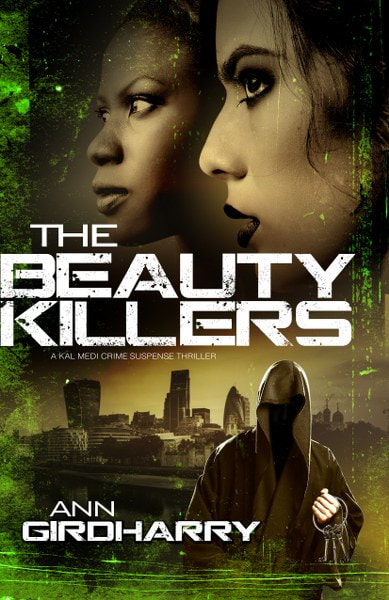 
Until she wound up under lock and key in a dirty cell.
To stay alive, she must obey every twisted command of her captor. And there are two other women with Kirsten - one has been incarcerated so long her hair is falling out in handfuls, the other is going mad.

When an undercover policewoman disappears, a secret from Detective Spinks’ past links him to the killer.
Kal and Marty go undercover to track a predator who captures women.
A clever killer hiding in plain sight - and it seems he's being protected…

**Subscribe to the author's newsletter HERE and get this book FREE!!**

Jennifer Morris lay in the pitch black.
She had a stabbing pain in her head and her wrist was throbbing. She couldn’t remember anything. In fact, she couldn’t think of much at all, not even who she was. Her head was fogged up and thoughts kept slipping away. It was like one hell of a bad hangover and much more besides. The floor was smooth and smelled musty. Groaning, she rolled to the side and gave a gasp as her wrist scraped the ground. ‘For God’s sake shut up!’ The whisper was full of fear. It sounded so urgent she stopped breathing. The hair at the back of her neck stood on end. After a few seconds, slowly and carefully, she pushed onto her knees. Her heart hammered and she waited, hoping it would calm. Staring out into the dark, she couldn’t make out a single thing. Should she answer? Should she curl up and hope the other person went away? She couldn’t think what would be best to do. In the end, she couldn’t stand it any longer. She did her best to make her voice steady. ‘Who’s there?’ ‘Shut up. Don’t make a noise or they’ll come for you.’ This was crazy. It didn’t make any sense. She shook her head but her thoughts wouldn’t come into line. The voice was a woman’s and it came from nearby though not really close. On her knees, she inched her way in the direction of the voice. She was stopped by something cold and hard. Reaching out her good hand she felt vertical metal bars. Prison bars, said a thought in her head, and that idea made her heart hammer even faster. Everything was so pitch black. Why the hell were there no lights? And she couldn’t stand the silence. ‘Who are you?’ she said. A second voice spoke, again from the other side of the bars, except this time from the left. ‘Are you stupid or something!’ the voice hissed. ‘You want to be dead? Shut the fuck up.’ Now her heart thumped like it might burst. The first voice spoke again in the same urgent whisper. ‘You’re new and you’ll get to understand. Stay quiet and do as you’re told, then they’ll leave you alone. And for fuck’s sake don’t cry. You’ve got to make like you’re happy.’ Her head began spinning. Part of her wanted to laugh and another part wanted to vomit. This was real. This was terror – she could hear it in the women’s voices. No, more than hearing it, she could feel it. She could feel their terror in her bones.
Her whole body started shaking. Don’t be frightened, she told herself, this can’t be real. This was a nightmare. It was all wrong and soon she’d wake up and everything would be all right. Pushing her head against the metal, she tried to make herself wake up. The more she ground her head against the bars, the more their warnings rang in her ears. She pressed her eyes shut and tried not to scream. 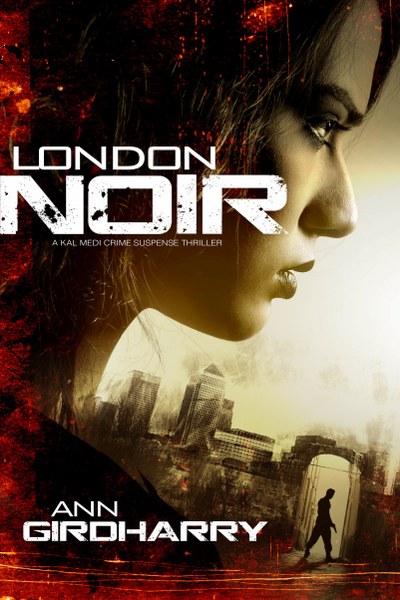 Memory loss, nightmares and an urge to kill - Sophie has it all.


But is it really Post traumatic stress disorder?
Or something more sinister?

Sophie's mother was murdered when she was a child and she can’t
remember a thing about it.
Then, fifteen years later, Sophie’s friends are picked off one by one.

Kal Medi wants to atone for her father’s crimes.
She befriends Sophie and goes undercover to track a twisted killer
who’s been preying on vulnerable women - and getting away with it - for decades. 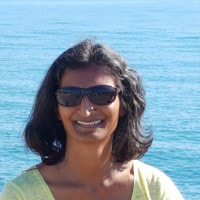 Ann Girdharry is a trained psychotherapist. She worked for many years in the UK as a manager in the not-for-profit sector. Today, she lives in Montpellier, France with her husband and two children.
She loves to travel and has lived in the USA, Norway, the UK and France.