It Ends Here by Willow Rose Book Tour and Giveaway :) 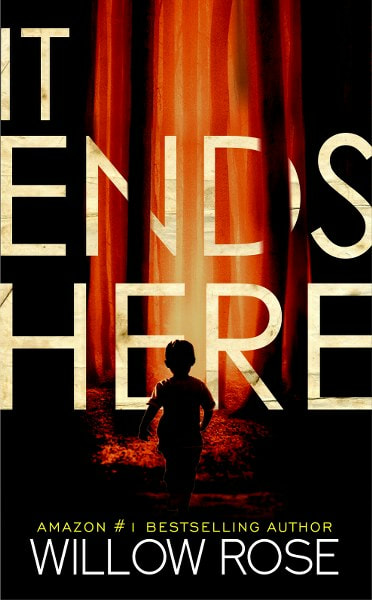 Inspired by a true story!
She thought it would be okay.
She thought her son would be fine if she left him in the car.
It was after all just for a few minutes while she went to grab something at the store. It was no big deal. But when Mrs. Cunningham came back out from the store, the car was empty, and her 5-year-old boy was gone.
In a town filled with dark secrets, who will you dare to believe?
Reporter Rebekka Franck is traveling to central Florida to interview a famous author when the body of a young boy turns up inside an abandoned house.
The death of the boy leaves the small town of Webster horror-stricken.
Forty years ago, another little boy was found killed in that exact same house.
Now they are all asking themselves: Will it end here?
As Rebekka Franck digs deep into the story, she realizes this town is harboring a lot of secrets that some people will go to extremes to keep hidden.
This highly anticipated and exhilarating new chapter in the Bestselling Rebekka Franck Mystery series,IT ENDS HERE, is a stand-alone mystery. It serves up a double dose of nail-biting, chilling suspense, twists, and shocking revelations as only #1 Amazon bestselling author Willow Rose can. This mystery is determined to terrify you. No one is more addicting than the Queen of Scream.
Goodreads * Amazon 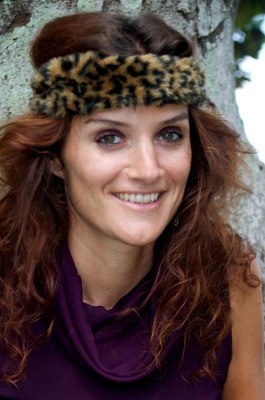 The Queen of Scream aka Willow Rose is a #1 Amazon Best-selling Author and an Amazon ALL-star Author of more than 60 novels.

Willow's books are fast-paced, nail-biting pageturners with twists you won't see coming. Several of her books have reached the Kindle top 10 of ALL books in the US, UK, and Canada. She has sold more than three million books.

Willow lives on Florida's Space Coast with her husband and two daughters. When she is not writing or reading, you will find her surfing and watch the dolphins play in the waves of the Atlantic Ocean.

This novel is the 10th installment in the million-copy bestselling Rebekka Franck Mystery
Series. It’s a stand-alone mystery, but if you want to know more about the background of the main characters, then I suggest you begin with the first book in the series, ONE, TWO…HE IS COMING FOR YOU. The story in IT ENDS HERE begins with every parent’s worst nightmare!. We follow a mother, Mrs. Cunningham, as she goes inside a store for a few minutes, and when she comes back out to her car, her 5-year-old boy that she left on the backseat is missing. Reporter Rebekka Franck is traveling to Webster in central Florida to interview a famous author when the body of this young boy turns up inside of an abandoned house. The death of the boy leaves the small town of Webster horror-stricken. Forty years ago, another little boy was found killed in that exact same house. This novel, like many others that I have written, is inspired by real events. In 1968 a girl named Mary Bell killed two boys in England together with her friend. She was later convicted of these
murders and served 12 years in prison. When she was released, she gained court-ordered protection of her identity so Mary Bell could start a new life, but it was later revealed who she was and her daughter learned the truth about her mother in 1998 when the media besieged the house. After that, it was ruled by a judge that the press was banned from writing anything that could reveal her identity. The judge then added: "We don't want to visit the sins of the mother on the child." I found that to be an interesting statement, which grew to be the foundation of this book. I then combined her story with the story of an author who had also been convicted of a murder when she was a child, and her identity was exposed when they suddenly made the movie called Heavenly Creatures about her. She had changed her name and moved to another part of the world, but it still caught up with her, which I also found to be very interesting. If you want to know more, you can read about both stories here: