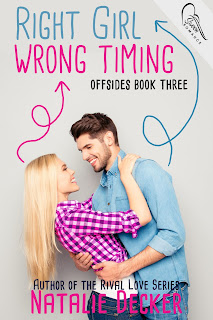 Adaline Frost’s life officially sucks. Now that her BFF has found her true love, Addy is constantly stuck being the third wheel. On top of that, she hasn’t started her junior project yet, so her advisor pairs her up with what could only be described as the “Reject Breakfast Club.” Instead of the weirdo and the troublemaker, Addy is forced to work with two stoners, a popular girl, and her crush, Austin Reed, the jock who broke her heart.

Austin Reed is sick of being labeled “dumb jock.” If he doesn’t get an A on this project, he can kiss his future goodbye. Austin thought he’d gotten lucky being partners with the very nerdy Adaline Frost, but boy was he wrong. Addy jumps down his throat about his being late and calls him names like “manwhore” on the daily. She has no idea Austin works before and after school in order to help his mom with the bills. Yeah, he’s made mistakes and has had lots of girlfriends, but he doesn’t need Adaline Frost to remind him of it every time he sees her.

Can Austin and Addy ever be a thing?

Right Girl Wrong Timing is book 3 in the Offsides series by Natalie Decker. 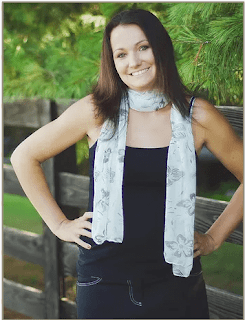 Natalie Decker is the Author of Rival Love. She loves oceans, sunsets, sand between her toes, and carefree days. Her imagination is always going, which some find odd. But she believes in seeing the world in a different light at all times. Her first passion for writing started at age twelve when she had to write a poem for English class. However, seventh grade wasn’t her favorite time and books were her source of comfort. She took all college prep classes in High school, and attended the University of Akron. Although she studied Mathematics she never lost her passion for writing or her comfort in books. She’s a mean cook in the kitchen, loves her family and friends and her awesome dog infinity times infinity. If she’s not writing, reading, traveling, hanging out with her family and friends, then she’s off having an adventure. Because Natalie believes in a saying: Your life is your own journey, so make it amazing!
Website | Twitter | Facebook | YouTube