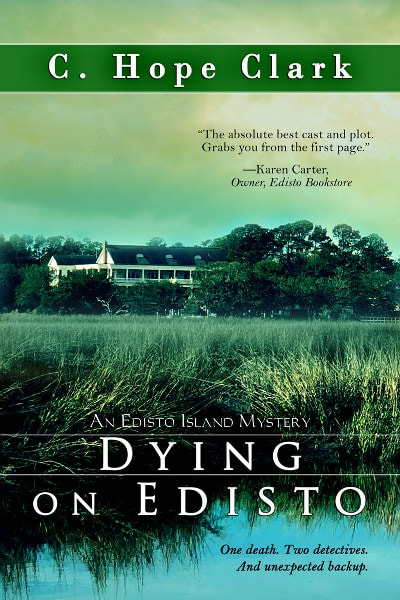 A Callie Morgan and Carolina Slade crossover! (A standalone mystery)

When a renowned—and now dead—travel blogger washes ashore on the banks of Indigo Plantation, Police Chief Callie Morgan of Edisto Beach agrees to head the investigation as a favor to the county sheriff, whose reasons are as questionable as the death itself.
When death turns to murder and a watchdog from the county makes her investigation difficult, Callie reluctantly turns to Carolina Slade and Wayne Largo, vacationing agents with the Department of Agriculture. Because poison is growing on this plantation, and someone knows how to use it well.
"Page-turning...[and] edge-of-your-seat action...crisp writing and compelling storytelling. This is one you don't want to miss!" —Carolyn Haines, USA Today bestselling author
"Her beloved protagonist, Callie, continues to delight readers as a strong, savvy, and a wee-bit-snarky police chief.”—Julie Cantrell, NY Times and USA Today bestselling author

BODIES WEREN’T foreign to me, but they weren’t commonplace either. Trying to keep my feet out of the water, I stooped over, not too much, to study the corpse floating face down about three feet away. The ears were chewed on by some kind of creature. A denim shirt clung to a pudgy back, and the torso gently rocked though no boat stirred the South Edisto River. The last body I’d discovered in Newberry, my most recent major case, made me vomit my breakfast burrito, and if I hadn’t skipped lunch today, I’d have upchucked here, too. We were supposed to be on vacation. Or rather, I’d been ordered by my boss to take a vacation. “Go take basket weaving or something,” he’d said, his way of telling me to get out of his hair for a while and quit finding investigations where there were none. Sorry, but when I thought there was a case, there usually was a case. My record proved it. He sort of pissed me off. So I’d Googled basket weaving and South Carolina Lowcountry, and made reservations for a week at Indigo Plantation. I was from this piece of the state, and revisiting would be nice. Plus, I planned to make the biggest, gaudiest basket in the world, and set the damn thing on his desk when I returned. Patiently, Wayne had stood guard on dry land, while I searched for the right grass for a basket, along the edge of the river. But as I waded calf deep in the water, a heavy something bumped me from behind.
Imagining a gator, I screamed, teetered, and fell, making the lawman come running. Wayne saw the body before I did. “Don’t touch it, Slade!” he’d yelled. From sitting waist deep in brackish water, slick mud under my butt, I scrambled like a crab at surf’s edge, putting distance between me and the dead man. “It touched me first,” I yelled back. Gently but quickly, he rolled the man over and checked for a pulse. I’m sure my eyes rolled. Skin color and missing eyelids told us what we needed. I couldn’t stop staring though I was sure I’d regret it in my dreams. “Stay here and guard the scene,” Wayne said, in his federal agent voice, the boyfriend in him gone. “Don’t disturb anything. And don’t let anyone else disturb anything.” Then off he waded to shore and left me. Just like that. Before I could ask what to do if the body tried to float off. 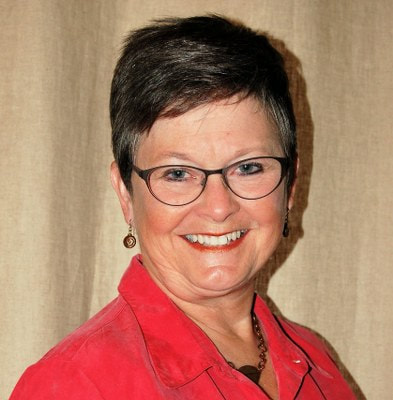 C. HOPE CLARK has a fascination with the mystery genre and is author of the Carolina Slade Mystery Series as well as the Edisto Island Mysteries, both set in her home state of South Carolina. In her previous federal life, she performed administrative investigations and married the agent she met on a bribery investigation. She enjoys nothing more than editing her books on the back porch with him, overlooking the lake, with bourbons in hand. She can be found either on the banks of Lake Murray or Edisto Beach with one or two dachshunds in her lap. Hope is also editor of the award-winning FundsforWriters.com.