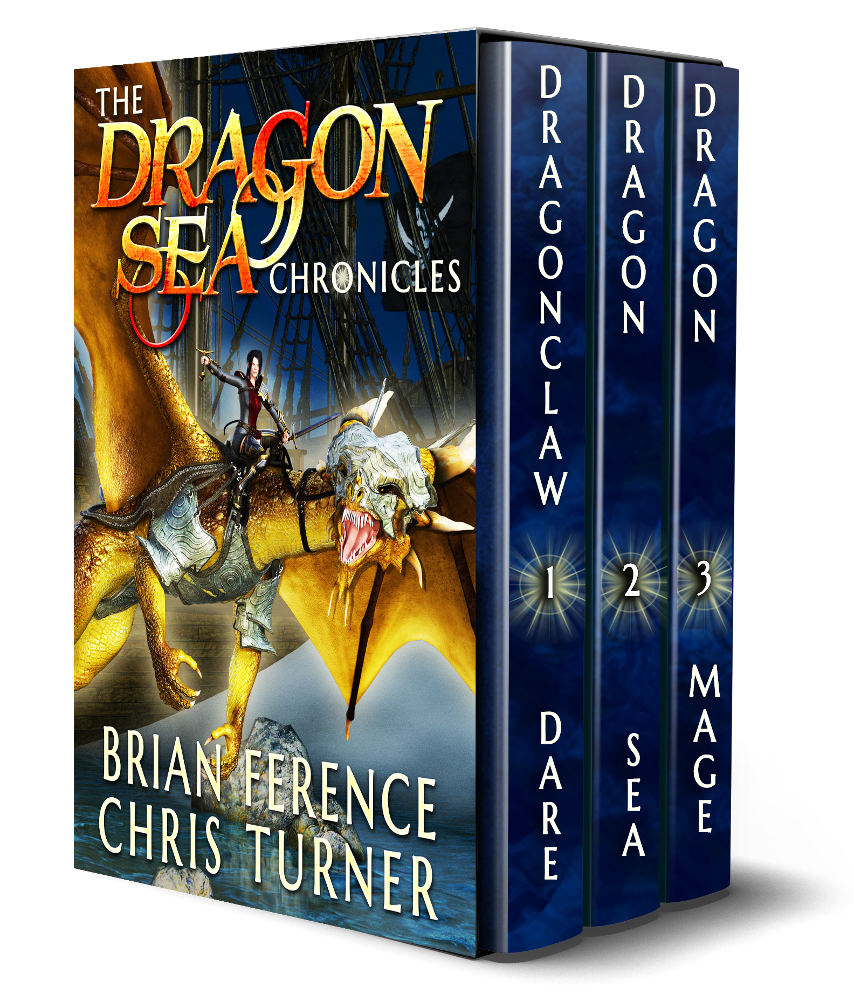 Follow Darek of the Red Claw Clan through this three book box set, a young sailor crossing blades with ruthless pirates and warring clans. As his hidden powers grow, first in his natural ability to commune with sea dragons, so too does his uncanny dragon-riding skill and sudden bursts of psi power.

Yet a foul wind blows across the serpent deeps, bringing with it a former apprentice, Cyrus, a forsaken sorcerer who wields terror and death. The Dragonclaw Islands are thrust into the brink of war as Darek struggles to find his path, unlock his skills, though alienated from his sister and parents. Is he destined to become the Mage Reborn? Ever more does he realize he must stop the tides of war, bring order to clan and family while the rising menace of Cyrus lurks unseen.

Taken under the wing of the ailing Dragon Mage Agrippa, Darek uses his powers to unite the Dragon Riders against the growing swarm of sea serpents controlled by Cyrus’s forbidden magic. The fires of rebellion, stoked by a Pirate Queen, plunge the Islanders into an all-out war among dragons, sea serpents, and monsters of the deep. But are Darek’s powers enough to combat these foes, especially when he is linked to the pirates by blood bond and their beautiful queen?

Dive into this world of adventure, imagination, and danger that fans of Dragonriders of Pern, Eragon, Dragonlance, Dragon Blood, Dragonvein, Temeraire, and Dragon School will love.

Scroll up and one-click to buy this box set today while the introductory price lasts!

Livis stared with cool resentment at her father as he slammed his looking glass shut, cracking the lens in the process. Captain Serle gave a blustery sigh as he rubbed his square jaw, peering out through black, slitted eyes from the foredeck of The Singing Gull. “I’m done arguing with you, Livis. You’ve come a long way, but you’re not ready to raid a Black Claw ship.” “I’m ready, Father!” One look back at the crew under her command made her regret the choice of words. “I thought you said it was an easy target.” Her bear of a father grumbled. “There’s treachery about, Liv, I can feel it. That clipper out there is a trading vessel to be sure, but seizing cargo from the Black Claws is never easy. Just pray the report we received is true and they have no dragon riders aboard.” “Don’t underestimate the power of our sea dragons,” Livis replied. She stroked her curly russet-dark hair trailing down her back, her heart beating with fierce emotion. Captain Serle glanced over the railing at the mounted creatures swimming below. They circled the rowboat her father had used to cross over from his own ship. The silver-green pair, sisters, sported shimmering petal-shaped scales on their muscular torsos with sharp fangs protruding from long snouts. Black claws descended from lizard-like feet. Fierce hunters they were, deadlier than any shark. The pirates who rode them were either very brave, or insane.
“When that clipper turns in to the reef, my ship and dragons will attack.” He glared at her. “Stay out of range until they surrender.” He turned and stared down the rest of her crew who stood fingering their weapons aboard the one-masted schooner. “Don’t engage. If anything goes wrong, you’re to sail straight back to Pirate Cove. Do you understand?” “Aye, Captain.” Livis gave a sloppy salute. She turned away and brooded as her father returned to his rowboat. She gave instructions to her crew to be on the ready for an attack while she moved about the decks, checking the harpoons and cannons for smooth operation. “But mistress,” Skarlee, the quartermaster, protested, “your father expressly forbade us to—” Livis shrugged.  “He also said a good captain should never be caught unprepared.” Serle boarded his much larger flagship, The Longrunner. Within moments, the barbaric schooner with its garland of skulls latched to her gunwales was moving into position to attack as she and her crew looked on. Livis reflected on the past year spent studying her father’s trade. The other pirate schooners were on the prowl, chasing down other quarry leagues away. It was just her ship and his…and it gave her a peculiar thrill. Neither had expected to stumble across a lone Black Claw cargo ship. She was at last on a raid with the infamous Captain Serle, only to be left out of the action. The prey, the three-masted clipper, approached the reef, her white flag and three black streaks clearly visible. As they entered the narrow channel, Captain Serle’s ship rounded a small island on an intercept course. Serle’s cannons roared to life, sending a warning shot across the clipper’s bow. The two dragons shot through the water, moving to flank the ship. The Black Claw vessel had little room to maneuver. This should be where the enemy captain saw reason and surrendered—only he didn’t. The clipper turned just enough to fire broadside at Serle’s ship, their guns loaded in anticipation of an attack. “No!” Livis yelled as the cannonballs ripped through the deck and sails of The Longrunner. 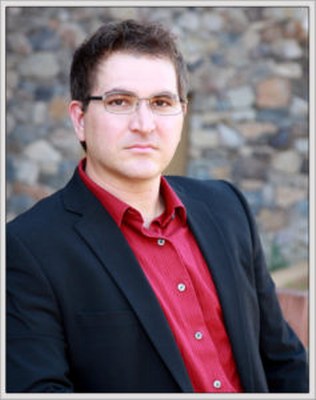 “In order to be happy you must create something meaningful in this world and not just be a consumer of life. It is also important to share your love freely with friends and family. I believe in confronting your fears and experiencing new things, places, and people. Lastly, everyone needs something to believe in whether it be religion, a cause, or even themselves.” – Brian S. Ference

Brian S. Ference lives in Cave Creek, Arizona with his wife Rachel and three children Nathan, Lena, and Victoria. He has always had a passion for reading and writing from a young age.  Brian loves new experiences, which has included operating his own company, traveling the world, working as a project manager, diving with sharks, and anything creative or fun.  He is always up for a new adventure such as writing or other artistic pursuits. 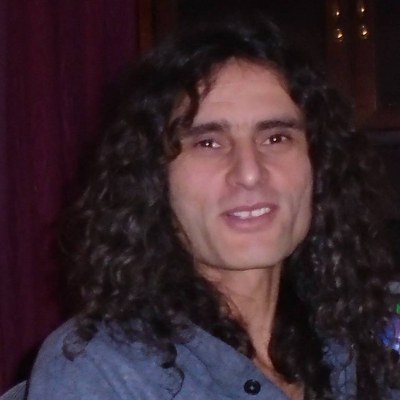 Chris Turner is a prolific author of fantasy, adventure and science fiction. His books include: The Dragon Sea Chronicles, Starhustler, Icarus, The Timelost, The Dim Zone, Avenger : a swords and skulls fantasy, Dragon Lords, The Relic Hunter series, Beastslayer : Rise of the Rgnadon, the Rogues of Bindar series, Future Destinies, Fantastic Realms and Denibus Ar.

Chris is also a prolific painter, with nearly a thousand oil art works to his name. He has also been involved in extensive studio recording. After graduating from University of Waterloo in Honours Mathematics and Computer Science in the ‘90s he backpacked and biked throughout Europe and Asia before teaching computer programming courses in Ottawa, Canada.

Chris’s other interests are guitar, cycling, meditation, canoeing and tennis.