Of Sound Mind and Someone Else's Body by William Quincy Belle Book Tour and Giveaway :) 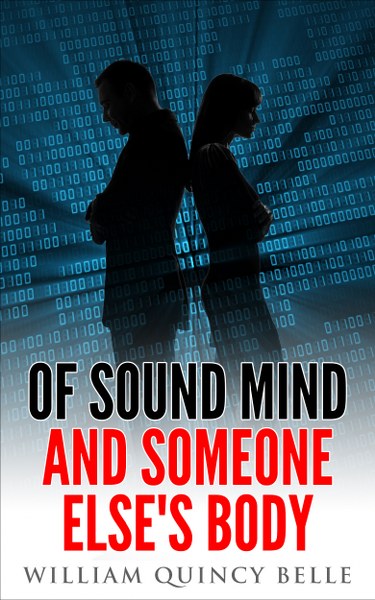 Alan Maitland is a successful businessman on his way up the corporate ladder. Life is good, but life is also full of the unexpected. A scientific experiment goes awry and Alan’s mind is transferred to the body of Hana Toussaint, a high-class escort. Suddenly, he must not only contend with a new identity, but with the eye-opening experience of living as a female: how to walk in high heels without falling; how to put on a bra without dislocating a shoulder; how to deal with makeup without poking out an eye; and how to get along in a society which in many ways is still male-dominated.

When Alan discovers that Hana has taken over his body, the two of them must work together to find the scientist who can reverse the experiment and give them back their respective lives. Along the way, they must cope with living as each other and learn what it's like to be a member of the opposite sex. And as their adventure goes on, Alan the woman must figure out his growing feelings for Hana the man.

Alan faces the biggest challenge of his life which Hana sums up with one decisive question:

“Are you man enough to be a woman?”

Forty-eight hours. He was close. He was so close. Alan stood at the balcony railing sipping a Scotch. He surveyed his domain: the buildings of New York City’s core, the lit billboards, and the non-stop bustle of the street below. He was ready for the most critical business deal of his career. If he pulled this off, he would cement his future as a significant player in the company. He was going places. He could taste it. The vastness of the cityscape washed over him. Years of hard work and calculated moves had come to fruition, and he now lived in an eighth-floor condominium in an exclusive Upper East Side building with twenty-four-hour security, surrounded by designer furniture. He was on top of the world.
With a final gulp, Alan finished his drink and went inside, locking the sliding door. He sauntered across the open-plan living room to the kitchen and put his glass in the dishwasher. After flicking off the light, he went to bed and gazed at the ceiling in the semi-darkness. As he mulled over his schedule for the next two days, he was more convinced than ever he was on the verge of something extraordinary. He rolled onto his side and drifted off to sleep.