The Gap Year by Rita Kruger Book Tour and Giveaway :) 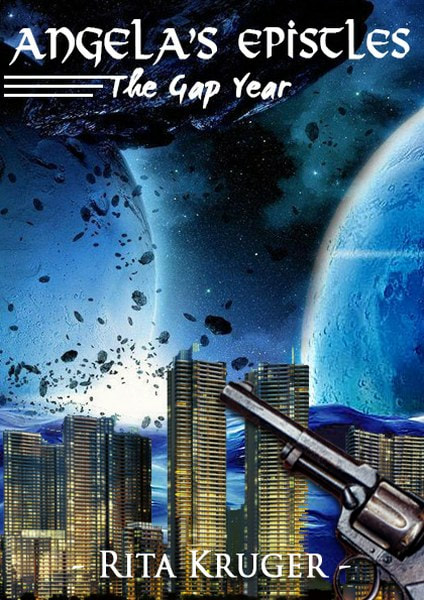 Angela Wright might have everything her father's money can buy, but that meant nothing to her on the night of her twenty-eight birthday. She is angry and a little bit drunk as she flees the scene of a fight with her mother.


All her life she has done the right thing. But she is tired of living under her mother’s shadow. How can she ever compete with Margaret Wright, the first Human judge on the Intergalactic High Court?
Within the space of a few days, Angela drops out in the last semester at Intergalactic Bureau of Investigation Academy, signs a bounty hunting contract to find the top ten criminals in the galaxy, and kisses Brenda, her best friend since childhood.
She might be late, but at last she is blooming.

“My gawd,” a voice said behind her. Angela turned to see two teenage girls standing there with their mother. They were on the new treadmill bikes, where you walked on a treadmill like conveyer strip, and this created power to drive the bike. To Angela the ‘bike’ looked more like a skateboard with a handle. She considered getting herself one, but then decided to spend the money on an AI lover instead. She got an older model. The saleswoman told her that he looked like Brad Pitt, whoever the hell that was. But at least now she could have cuddles- and more, as needed- and not have to run into the first available man’s arms. The girl’s eyes were on the dress. It was quite exquisite, she thought earlier when she put it on. A figure-hugging dress covered in tiny silver sequins that weighted down on her like a heavy hand… or a tainted conscience. “Is that a Clayton?” the blue haired girl asked. “It sure is,” Angela said with a smile. Gasps rose all around her. Some people liked Clay for his brand. Designer to the stars and the extremely rich and famous. Appointment by invitation only. She hated him because he was a brutal man who hit his girlfriends when they didn’t obey his every command. Under the dress were two small scars made by his rings. They would always be there to remind her of that mistake. The emotional scars on her mind would be with her forever. And to avoid stupidity like that, Brad Pitt was worth every credit she spent so far, and any future updates to software or maintenance that might need to be paid. He was a great listener, cuddled like a dream, didn’t complain when she slept with one arm and leg draped over him, and performed beyond expectations in all the required departments. 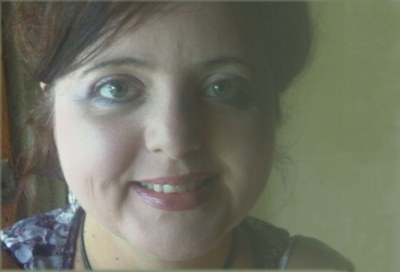 Rita Kruger lives in Vereeniging, South Africa. She is wife, granddaughter, daughter, mother, and grandmother. Most of childhood happened within the pages of books. Stories conspired to carry her away from the world she knew. The places and people books introduced her to were much more exciting than her boring existence.
Currently married to her personal MacGyver, she surrounds herself with what enriches her body, mind and soul. Family. Friends. Nature. Great food. Good wine. Mountains of books. She writes novels challenging major themes of her life in the genres of fantasy and gothic horror, which she loves.

What inspired you to write this book?
Actually, I was reading a Noir style novel written by a friend. It had a sarcastic tone, great characters that are flawed and fighting the good fight. I loved it so much that I thought I’d do something like it. Mine did not turn out to be a noir, but the badass alpha female inspired Angela’s character.

Where did you come up with the names in the story?
When I write, I usually don’t name my characters. I make a list of male and female names that would fit in with the type of story I’m writing. Then I write and every time a character’s name appears, I’ll insert MC1 (Main Character 1), or MC2, or V1 (Villain 1) and so forth. It might continue up to chapter three or four.

Angela told me her name in a dream one night. Bren jumped right in with her name the first time she appeared in the story. So actually she was named almost two weeks before I knew the main character would be Angela..

What did you enjoy most about writing this book?
I am addicted to learning. I always do a lot of research for my novels. There are books that I spend two months in research even before I sit down to outline.

Tell us about your main characters- what makes them tick?
Angela is a bit conflicted in the first two books. She wants to become a person in her own right, but she has difficulty in walking away from her mother, Margaret. She also trusts people to easily. She surrounds herself with people she thinks off as family, but some of them are not good for her at all.

She doesn’t have the ability to stop and think. She is very impulsive. Sometimes that is good, but more often it isn’t.

Bren, Angela’s love interest, is to opposite. She is very laid back. She is in a job that bores her, but has no aspirations to leave, because there is no pressure on her at all. I have been pondering to write her “side-story.”

Who knows, maybe one day?

Did you learn anything during the writing of your recent book?
Oh yes! I did a lot of research about what life would be like in 2053. And it was so wonderful to see the concepts that people are working on for the future. In Canada, for instance, they are working on a city where all deliveries would be made via tunnels underground. Buildings would have all the latest tech already installed for us. And there was this cool bed that I swear could be my future house. It has aircon, a fridge, internet and stuff controlled by voice command. The end of the bed will have the largest television screen you’ve ever seen, with surround sound. You can close the sides of the bed with screens to make it soundproof.

Have you written any other books that are not published?
This series has six books that are all completed. # 5 and #6 are at the editors as I type this. I also have a Paranormal Romance Trilogy that will be hitting the markets later the year. For 2020 I’m doing a seven book Epic Fantasy series (Voices of the Apocalypse) of which three books are completed, but still need to be professionally edited.