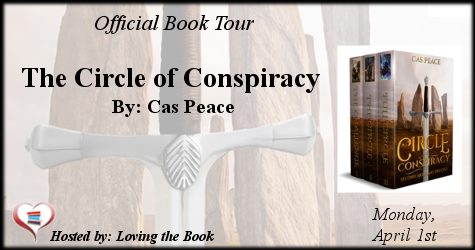 Nine months have passed since Brynne Sullyan helped forge an alliance between the realms of Albia and Andaryon. A fragile peace reigns as both sides recover from the events of the previous year. Then mysterious raiders strike Andaryon villages.

Attempts are made on the life of Albia’s High King. As Sullyan scrambles to find those responsible, unseen enemies threaten to pull apart everything she has worked for, including her marriage.


The alliance begins to crumble, and Sullyan finds herself caught between two monarchs: the king she’s sworn allegiance to, and the man she loves as a father. To betray either one would break her heart, but if conflict is inevitable, she must make a choice…

From The Challenge: Meadowsweet
https://www.reverbnation.com/caspeacewithntn/song/21511143-meadowsweet

Snippet 1 - from Book 1 The Challenge:

It was the most closely contested race anyone could remember. Sullyan followed the mahogany colt as closely as she dared without Drum treading on his heels. She would use her mount’s superior strength to draw abreast of Darius in the last few yards, for she had no intention of losing the race to Elias. They would cross the finish line nose and nose. She was about to press heels to Drum’s heaving sides when she felt a sudden, shocking surge through the substrate. With no knowledge of its origin or purpose, she had no chance of negating its effects. Horrified, she saw the ground in front of her suddenly buckle violently, heaving directly into the speeding horses’ path. The sudden shifting of the ground beneath their feet caused the racing stallions to squeal in fear. There was a dreadful tearing sound, and then a deep whump as a tree toppled right across the course. Drum, slightly farther from the center of the disturbance, managed to keep his feet, but his wrenching swerve and valiant leap nearly unseated Sullyan. She heard a great gasp from the crowd and not a few screams. Her heart stopped as Darius, closer to the toppled tree, was caught by the falling branches and sent flailing to the ground. Sliding, snorting and squealing, he threw his rider in a wild tangle of arms and legs. Elias’s body skidded along the earth and fetched up hard against the railings. With a sickening thump, he lay still.