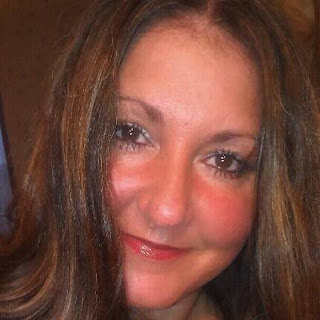 I grew up in Southeast Missouri; home of the Throwed Rolls, high cotton, and the St. Louis Cardinals. I have a little family consisting of son, daughter, son-in-law and a little Pi. Other than my children (and grandchild), my passion is writing. My current project is The Three Crowns Series. Sweet Tea is the first book in this seven-novel series which published October 15, 2013.

Besides reading and writing, I enjoy singing. I love music period. Music is in our family. Whether it be the bluegrass from the Ozarks that my Grandpa Sutton use to play on his banjo or fiddle, or the smooth, family harmony in which I am fortunate enough to sing with my Dad and Brother. But you can give me some kickin' AC/DC too! I like it all!

I work full-time as an Administrative Assistant. Every free moment is dedicated to my family and my current project, The Three Crowns, a seven-novel paranormal romance series.

It all starts with a Queen and a Plan. 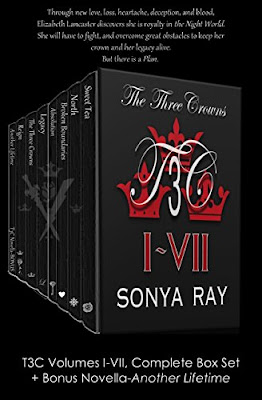 The Three Crowns is a New Adult/Paranormal Romance series. There are seven books to complete the series, with a novella. This series has your modern day vampires dealing with the Old World Laws creating a struggle for ultimate power in the Night World.

The Three Crowns series is about a normal girl whose life is more than what she will allow herself to imagine. It is the journey of her accepting that everything is not black and white, and our logic of what we understand does not mean something does exist. Throughout the story she is protected, loved, groomed and pushed to her limits to prepare her for what lies ahead of her. She is tested in all areas of her humanity which will someday bring her to know the person she is destined to be. The human nature of love is a tangled web of emotions for she feels the love of two men who are continually being taken away from her for the sake of their positions in the future as well.

I looked back in the large room. Two major battles were taking place. I knew they both would be to the death. The warriors were like beautiful gods fighting demons from hell! Yet, they were all, the same. Their bodies were all well-defined, and their powers were like nothing I could imagine. They each fought with the force of what seemed like a hundred men. They weren’t human. The inhuman strength was not the only sign. Their eyes burned red and silver through the smoke, like laser beams in the fog of smoke. Their eyes were all I could see of their faces. And that was enough. That is what defined them. That is how I knew the good from the bad. And in those few moments that I stood watching the mêlée, a realization washed over me.
This battle was over humanity.
This battle was over light vs. darkness.