The Hypnotist's Assistant by Richard DeVall Book Tour and Giveaway :) 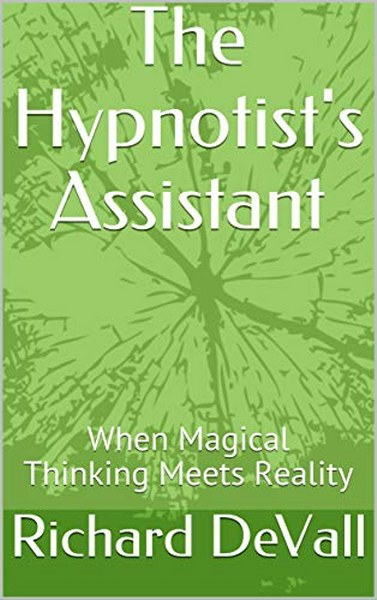 The Hypnotist's Assistant
by Richard DeVall
Genre: Coming of Age

When 13 year old Gary Crockett hypnotizes Earl Lancaster and Earl stands from his wheelchair everything changes for both of them. Gary suspects Earl of lying about his paralysis and Gary’s mom thinks Earl is sexy and a business genius. Before long all three need to leave town in a hurry.


This coming of age tale is full of surprises and quirky characters, twisted circumstances and weird resolutions. It’s a breezy look at race relations, ladyboys, virginity, snake biting churches and meditation.
The novel is a one day read and sprinkled with humor.
The Hypnotist's Assistant explores healing, romance, religion, deception, dysfunction, inspiration, gender, addiction and loss.
What begins as an extraordinary event ends with new found love, true friendship and hope. Bottom line - this book ultimately does what books do, it brings the reader entertainment and escape.

Before the weekend was over Channel 8 had a live interview with Mr. Acres and was scouring the town to have a little sit - down with Gary Crockett, Oroville’s own miracle worker. They found him at his neighbor’s house, Earl Lancaster’s home. Wendy Stulman held her microphone out toward the 13 – year - old and smiled her redheaded TV smile. “Gary did you hear about Coach Acres winning the Lions Club raffle?” “No.” “Well, he certainly did. And he said his back doesn’t hurt anymore and his bank account went up, just like you said it would when you hypnotized him.” Gary was dumbfounded. Inside his mind a small marching band, previously staged in the deep shadows of his grey matter, began to lift their horns and strut into the bright lights of Gary’s consciousness. He was a superhero! Earl was right; he was a healer and a prophet and a gift to mankind. He literally felt his 13 – year - old feet lift off the ground. He always thought there was a chance, an outside bet that he’d be something special. Like a singer or a movie star. But now, it was all so clear, he was meant to help his fellow man and maybe rake in a wad of money as he did it. Why not? People pay doctors a boatload of green even when the doctor doesn’t do anything for them. They get paid either way, like a weatherman. “Oops didn’t see that storm coming.” And it all pays the same. So he was better than a doctor, a weatherman, a stock broker, or a politician. He could deliver the goods, follow through on his promises. He was touched by an angel; something about him had prompted God himself to infuse him with a special power. In a flash he saw the girls coming, a slow parade of beautiful cheerleaders and the like. He’d be meeting with Madonna, Destiny’s Child, Pink and Janet Jackson. He’d become friends with Matchbox Twenty and 3 Doors Down. It exploded in his head and Earl watched the kid’s expression change as his head expanded with a bunch of crazy expectations. “How do you do it?” Wendy asked. “It’s a gift.” “It sure is. What happens when this gift flows through your hands and enters the other person?” 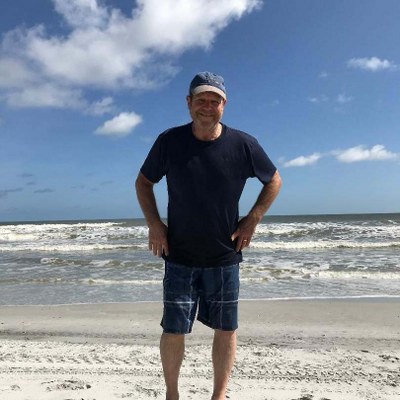 Richard DeVall was born in Virginia near the Washington D.C. border. He worked as a 1st Class Steam Engineer in D.C. and then became a class A General Contractor. He now lives in Richmond Virginia where he's retired and fulfilling a lifetime dream of publishing books. He like books of all flavors and is always working on at least two novels at any given time.

Genre
My new novel The Hypnotist’s Assistant is a Coming of Age book. At least that’s what I first thought. However if you dig into Coming of Age it’s often an adult looking backward. That’s not an exclusive requirement of Coming of Age, but it would cement the story into that genres. Long story short if I was trapped in an elevator at a literary conference and they turned their lonely eyes toward me and forced a genres confession I’d give them what they wanted. NA, New Adult. That’s the genres my novel fits into, which is age 16 and up. YA, Young Adult are ages 6 to 12. The genre is used for advertising purposes and description on the back cover. Under its umbrella you can then attach the sub genres, Fiction - Coming of Age – Romantic Suspense – Family Drama – First love – etc. I’ve read Steam punk – Motorcycle romance – Chick lit – Splatter punk and lots more – but those are sub genres that aren’t on the Agent questionnaires or Amazon or Barnes and Noble.  They give you a limited list. So you need to spend some time doing some research before you click a genre for your new book