The Breach by C M Bethell Book Tour and Giveaway :) 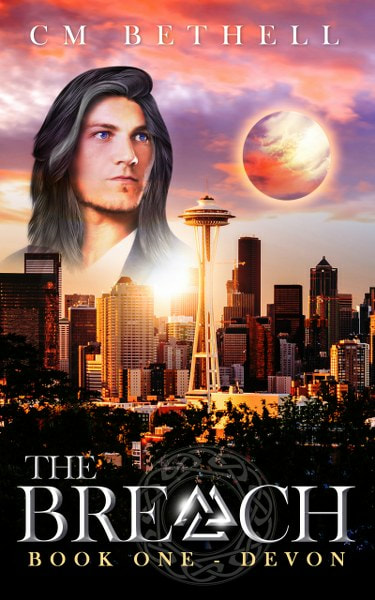 A suspenseful narrative of good and evil wrapped in parallel worlds with a unique love story, strong friendships, and glimpses of family ties with twists and turns…is the bonding legend of the Anam Cara real?


"Devon Conchobar, a Celtic Guardian of Odin, a parallel world to Earth, carries a dark secret which now confronts him as he endeavors, with the help of his Guardian brothers, to prevent another portal breach that could destroy everything and everyone he loves, including strong willed Keira Cathbadh, with whom he experiences what could be the legendary bonding of the Anam Cara. Was it real, or his imagination?
Keira Cathbadh, lost her mother and father the majority of her Clan, in a portal breach on Odin. Devastated, she became the defacto leader of a small band of survivors, guiding them to a new life on Earth. Her determination to keep them safe and record their historical library leads her to an unexpected encounter with the one man who can help her face a new enemy and possibly open her heart. But will Keira be able to forgive Devon's secret? Or resist the bond of the Anam Cara?

Odin, homeland of the Guardians

“Mother, you can foresee this is best for our clans.” Devon Conchobar bent forward, braced his elbows on his knees, and turned toward Danann. “Devon, mo mac.” She cupped his cheek and pushed an errant strand of hair behind his ear. “And you understand why our people would resist. Our Gods and Goddess’ created Odin eons ago as a haven, to save us from the Romans, to save our beliefs, our heritage. I miss you when you are on the alternate side, but this is home. The communities have dug deep roots. A few individuals might depart. Brave souls like you Guardians, but most would decline.” “I know our history mother.” He rose, paced towards the fiery glow radiating from the massive fireplace warming the aged stone walls and floor. As a lad, he spent many a night curled on this worn wool rug seeking warmth. His gaze roamed the dim room, the comfortable old furniture, his father’s favorite leather armchair. An old-fashioned tapestry had him pause. It portrayed a skirmish between two ancient clans. In the gloom, his lips twitched. Our ancestors sure enjoyed a good battle. His straight hair long and loose from the leather strip fell over his shoulders. He bent, grabbed the queue from the floor, and ran the thin piece through his fingers. “But how much longer do you believe we can contain Odin’s existence with the modern advances of science on Earth? The veil between our worlds is thin. Consider how far the humans have come since Copernicus and Galileo. One misstep cloaking Odin during a shuttle launch or…” His gut twisted, icy shivers slipped down his spine. Trouble is coming. I feel it in my soul. “If that happens, we’re all screwed.” “All right, I will consult the Runes and meditate on your words, but do not become too hopeful. We Celts are a stubborn lot.” He snorted. “I’m well aware!”

Her eyes widened, a rapid pulse in her neck fluttered and she swallowed. She took a slow breath and exhaled. Her gaze darted passed him. “Oh, Jace!” Devon glanced over his shoulder. No one. Footsteps rang in his ears. He turned as the woman sprinted away. “Dammit to hell, now you’ve pissed me off.” Irritated he fell for such an old trick. Lost from sight, he bolted after sure he would gain the advantage when a sleek jaguar burst from the underbrush. Devon faltered, dropped to all fours. Shit, this is gonna hurt! Pain wretched his bones and muscles as he shifted into his thank god, normal snow leopard. He loved a good chase and sprang in pursuit. His cat sniffed, caught her wild musky scent. Prey! Fun. She raced toward the portal near the caves. He swerved off the main path, tore up the shortcut, and broke from the underbrush in mid-leap as she crossed and snarled over her shoulder. The force of his weight brought her down. His canines sank around her collar bone. They rolled. His mass added to her skid. The momentum smashed both animals into a huge oak tree. She took the brunt of the impact and her breath whooshed out. She lay silent and limp.

Devon followed. “Keira, this is serious.” He grasped her arm to stop her. “Look Devon.” She yanked her arm free and turned to face him. “Sorry we didn’t inform you Simone got mail but I can’t change that now. I screwed up. I get it.” She closed her eyes, swallowed, and exhaled. “Don’t get upset love.” He cupped her cheek. “I care what happens to you and your clan.” “Yeah and I’m trying to be okay with it, but you’re doing it again.” Keira pulled away and walked to the den. “Jace, Zach, dinner.” Devon waited for her to turn and gripped her shoulder. “This is hard on both of us. I’m overprotective. You’re used to being on your own. We’re both trying that’s got to count for something. Don’t get angry, let’s talk.” He smiled and pulled her into a hug. “I love you. Don’t be pissed.” She pulled back, looked up at him, and bit her lip to stifle a smile. “You’re overbearing, stubborn, pig-headed…” “Back at you, babe.” He yanked her close and kissed her hard. Jace and Zach barreled through the door. “Whoa, smash mouth much?” Zach groaned. “My eyes, my eyes!” Jace staggered and covered his eyes with an arm. Both boys laughed, moved pass and ran to the kitchen. “Jerks!” Devon said against her mouth. They both laughed. “We okay?” “Yeah.” She took his hand and followed the boys.

The Bellingham alarm alert streaked red across the computer screen overhead as Devon and Ayden entered the room after dinner. “Holy shit!” Devon rushed to the computers, pulled up the cameras at the Bellingham house. Men dressed in black piled into the farmhouse. Two large black SUV’s parked in the yard. “Let’s go, ASAP. Open the gun room. I’ll get Stefan and Gabriel.” Devon ran to the kitchen. The table littered with pie plates and mugs surround by a stunned group. “There’s a breach in Bellingham. Let’s go. Ay’s in the vault.” He turned to leave. Keira pushed her chair from the table. “If you think you’re leaving me here?” She shook her head. “It’s not happening. It’s my home. I’m not sitting here…” He gripped her arm, pulled her out in the hall and said in a loud whisper. “Who will watch over Zach? Or Simone and Brea? I can fit six people in the vehicle and my guys are going. Someone needs to stay and protect who’s left. They’re your people love; tell me, what you want to do? Go check out an empty house or protect your clan?” He wanted her safe, here in his house not wandering around in an unsecured area. His belly tightened, twisted in anger but his face remained blank. He couldn’t let her become aware or she’d pitch a fit. Devon made it her decision to stay? He ran his hand up and down her arm. “It’s your choice love. You tell me, what’s best?” “Damn you.” She shook off his hand, stepped back and glared at him. “How do you always twist things around? I’ll stay to make sure they’re secure.” He smiled down at her. “Remember it’s your decision love.” 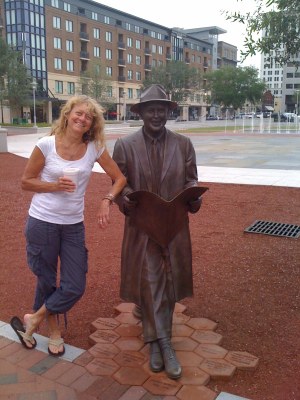 C. M. Bethell is an avid traveler and voracious reader of multiple genres with interests in Celtic myths, shapeshifters, vampires, parallel worlds, Guardians and immortals. Her current series is based on Anam Cara lore with a touch of romantic suspense and a little paranormal thrown into the mix. Bethell enters a new journey as a writer and invites you to come - Enter My World...