Fall of the Western Kings by J Drew Brumbaugh Book Tour and Giveaway :) 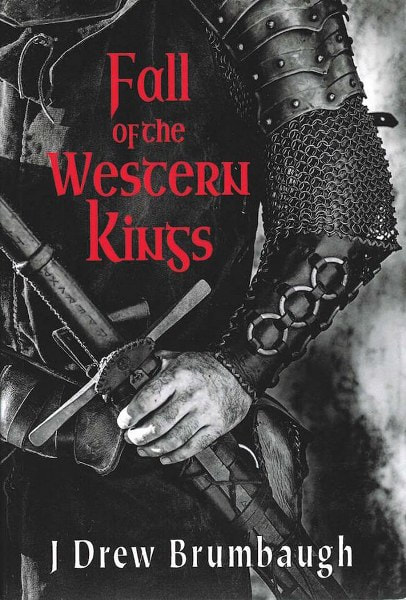 Gant is a commoner, forbidden from learning swordsmanship. He trains in spite of the law and ends up branded an outlaw. However fate intervenes while Gant is on the run and soon he is embroiled in an odyssey with forces of darkness that can only be vanquished with help from his friends, not all of whom are human. An epic that delivers the best in the tradition of classic fantasy. 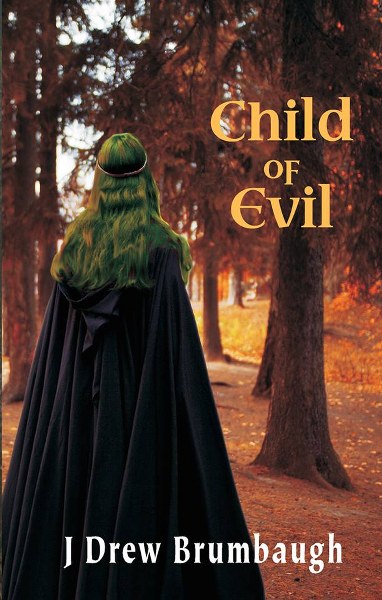 The story started with "Fall of the Western Kings". Now "Child of Evil" continues the odyssey of Gant, the hero who killed Varg with his magical sword Valorious and who must now use his strength and cunning to find and neutralize the child born of evil. This child is prophesized to lead the demons of the western kingdoms to victory over the people of the east. Other characters accompany Gant to Ferd, the city where the child will be born. Amelia is a shape-changer who flies to the west to do reconnaissance only to be captured and imprisoned. Pris, the emperor and blossoming wizard, worries about the evil forces and knows the child cannot be allowed to unite the demonic powers. His untested magic will be key to stopping the impending doom. Dalphnia, Gant’s wife, is a woodland nymph who can control the trees of the forest and is determined to see her husband come through this journey alive. Can this unlikely group intervene in time to stop the child and the carnage that is sure to follow? Will it mean killing the child? Resolving this moral dilemma while outwitting the demons and getting back to the safety of their homes makes for a rousing adventure. "Child of Evil" is the second book in J. Drew Brumbaugh’s fantasy series, The Tirumfall Triology.

Determined to get moving, she recited the spell that transformed her into a large eagle.  Her body shimmered, stretched and twisted, feathers forming as she transformed until finally she stood, testing new wings, as an eagle.  The magic amulet at her throat carrying her gown, shimmered and then shrank until the choker fit firmly yet comfortably around the eagle’s neck.  Despite the gown, Amelia knew she’d need a better disguise in Ferd, a problem she would worry about when she got there. Finding her wings fit as always, Amelia launched into the air.  Strong strokes took her up over the pines.  Her sharp eyes searched the skies all around, watching for signs of danger.  The sky was clear with only a stray cloud.  Nothing flew nearby and she let the joy of flying take her for the moment.  Wheeling in a tight circle as she cleared the treetops she turned and headed northwest toward Ferd, the capital of Scaltzland.  She wondered what she would find in that evil city. 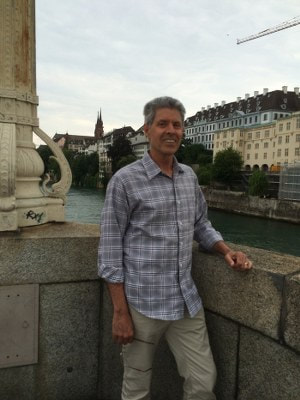 I live in northeast Ohio where I write sci-fi, fantasy, and suspense novels, along with a few short stories. Mostly I write stories I think I'd like to read with characters that are interesting enough that readers want to find out what happens to them. I also spend time teaching and training at the karate dojo my wife and I founded, building a Japanese garden in the back yard, and taking walks in the woods with our dog. I have six novels in print, the most recent being "Bula Bridge," a collection of short stories, and a co-authored children’s book. I continue to work on my next book and seem to always have several stories in various stages of completion.

Can you, for those who don’t know you already, tell something about yourself and how you became an author?
As a kid I was the family storyteller, mostly ghost stories to scare my little brother and sisters. As I got older I wanted a wider audience. I knew the only way to do that was to get published and so I started writing short stories. I sent them out and got to paper my walls with rejections. Finally one day, a west coast magazine agreed to buy a sailing story if I would change the setting from Lake Erie to the Pacific Ocean off San Francisco. Of course I did and so collected my first check. For a while I continued to write short stories but an itch to write novels took over. I wrote my first scifi novel while at home recuperating from surgery. As soon as that novel was finished, I began sending it out to agents and publishers. Agents came and agents went and still my career never really got off the ground. Now I’ve found satisfaction in self-publishing and I’m glad I have. There’s something about holding a finished novel in my hands. Even more than that, I like hearing from readers about my work, especially those who enjoyed reading my stories.