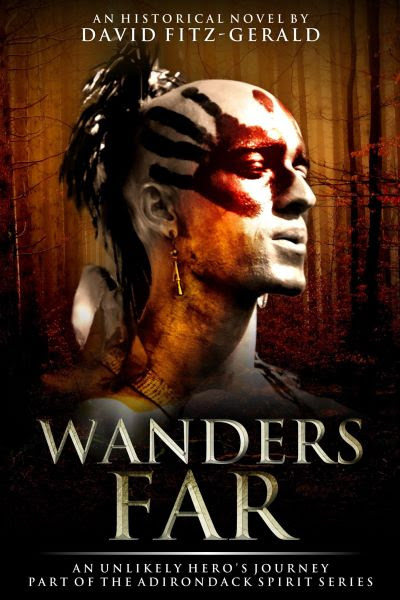 Wanders Far lived in dangerous times and was faced with one difficult challenge after another. He was a skinny, quiet boy who was raised on the banks of a tributary of New York State’s Mohawk River, hundreds of years before colonists arrived. One lifetime was not enough for Wanders Far’s old soul. From a very young age, his wanderlust compelled him down one path after another. No village could contain him. He was happy living a simple life in the physical world during challenging times. The spirit world had other plans. A wise, enigmatic shaman mentored Wanders Far and helped him cultivate the supernatural visions that haunted him. His guide could only help him so far. He set out to become a runner, carrying important messages across the lands of his people and their enemies. He ended up fulfilling a much greater destiny than he ever imagined.

"This engrossing, well-written novel tells the story of a pivotal moment in Iroquois history through a well-traveled protagonist." - Kirkus Reviews

***EXCERPT***
It was about a month before the spring solstice. The new village was finished. All that was left to do was move everything that remained in the old village. It was a lot of work. The trail between the old village and the new village became very well worn. A few of the older people had remained behind while the new village was being built. Bear Fat’s mother was one of them. Gentle Breeze was a happy, healthy, 51-year-old great-grandmother. She still mourned the loss of her husband who had died the previous fall and being alone in the longhouse at the old village had left her feeling lonely. She had been accustomed to tending the hearth and preparing meals for Bear Fat and her large family. Gentle Breeze dedicated her time to keeping the old village spotlessly clean while her people spent two months building the new village. Bear Fat knew better than to ask her mother why she would devote so much time to keeping a place clean that no one would occupy again. Bear Fat’s eyes met her mother’s. She smiled warmly, and softly said, “Mother, it is time to go.” The final parade from the old village began. Their chief ceremonially led the way. Gentle Breeze and Bear Fat brought up the rear. Bear Fat’s position as matriarch was even more important to the people than the chief’s role, and it was fitting that the entire tribe marched between their chief and their matriarch. Bear Fat kept up with her people. She had made the ten mile walk many times over the previous couple of months as they prepared to move. That final walk was a lot more challenging. She hadn’t mentioned it to anyone. About half way to the new village, it became clear to Bear Fat that her baby was on the way. For weeks she had wondered, would the baby be born in the old village or the new village? She hadn’t thought to wonder whether the baby would be born on the path between villages, but that was exactly what happened. She believed everything in life had meaning. Bear Fat wondered what it meant that her baby would be born along the trail. One day she would come to know. Seven miles down the path, Bear Fat told her mother the baby was coming. Another mile down the path, she stopped in a small clearing in the woods where the ferns gave way to moss and grass. She thought it looked like a good place to start a new life. With her mother’s help, Bear Fat gave birth to another son. There was no such thing as an effortless labor, but that boy came fast. So that’s what she called him: Fast. Bear Fat liked one-word names for her babies. Her new boy was a strong, healthy, good-looking baby. Bear Fat and Gentle Breeze shared a warm glance. Bear Fat sent her thoughts to the Great Spirit: “May he serve our people well.” Then they were only three hours behind the rest of the village. Bear Fat wrapped her baby in a tiny blanket and placed him between her breasts, his small head tilted sideways against her chest, and the tiny black smudge of hair on his head tickled her chin. Gentle Breeze helped lift Bear Fat’s pack on to Bear Fat’s back, then picked up her own heavily laden basket. Bear Fat couldn’t wait to get to the new village and introduce her new baby to their people. Having just given birth, it took Bear Fat and Gentle Breeze a long time to walk the final two miles. 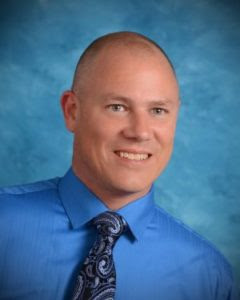 After a chaotic day as a business person, Dave enjoys getting lost in the settings he imagines and spending time with the characters he creates. Writing historical fiction is like making paintings of the past. He loves to weave fact and fiction together, stirring in action, adventure, romance, and a heavy dose of the supernatural with the hope of transporting the reader to another time and place. He is an Adirondack 46-er, which means he has hiked all of the highest peaks in New York State, so it should not be surprising when Dave attempts to glorify hikers as swashbuckling superheroes in his writing. Wanders Far—An Unlikely Hero’s Journey is the first in a series of books in the Adirondack Spirit Series.

During the Blog Tour, we are giving away a paperback copy of Wanders Far! To enter, please use the Gleam form below. Giveaway Rules – Giveaway ends at 11:59 pm EST on October 28th. You must be 18 or older to enter. – Paperback giveaway is open to the US only. – Only one entry per household. – All giveaway entrants agree to be honest and not cheat the systems; any suspicion of fraud will be decided upon by blog/site owner and the sponsor, and entrants may be disqualified at our discretion. – The winner has 48 hours to claim prize or a new winner is chosen. Wanders Far