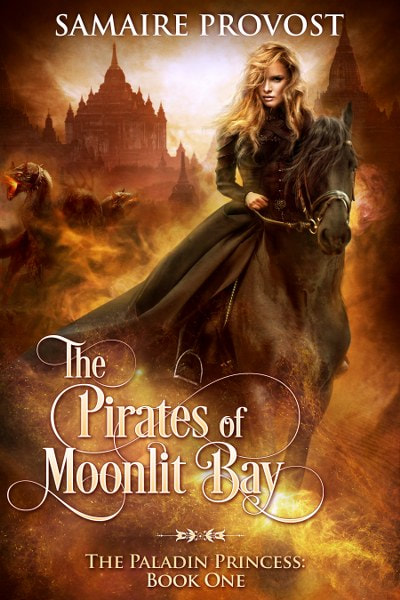 They took her freedom: now it's personal.

They assaulted her best friend.
They stole her dignity and enslaved her, stripped her of everything she loved, and ground her into the dirt.
Now it's sweet payback time.
Jack Ryan meets The Princess Bride in this epic fantasy thriller.

They think they know her; they think they can best her.
They have no idea what they've unleashed.
She's going to teach them a lesson they will never forget.

The first in the addictive, action-packed Paladin Princess series, The Pirates of Moonlit Bay features never-see-it-coming twists and razor-sharp dialogue.

Charlotte has never been one to play by the rules. When kidnapped by pirates on a ship pulled by giant manta rays, she is fearless in facing her deadly adversaries. She must fight for her life against ruthless enemies and fantastic beasts, while being thrust into a world of supernatural alchemy.

Move over Hunger Games and Game of Thrones, there's a new epic fantasy thriller in town and it's non-stop, pulse-pounding action!

"The amazing, can't-put-it-down fantasy thriller readers have been raving about.
Gripping & action-packed, it will swallow you whole."

"If you love to root for the underdog and have a craving for high paced action, then this book is for you!!" 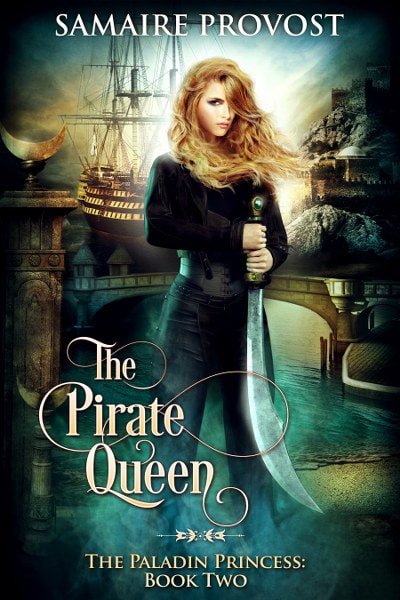 The Book of Mysteries.


According to legend, it holds the lost knowledge of all mankind.
Charlotte wants it. Badly.

She has her trusty troupe, a treasure map, and a worthy ship. But will that be enough?
The map can’t even begin to hint at what awaits them as they descend a rocky staircase into the heart of a volcano ...
Friendships will be tested.
Lives will be on the line.
They will face challenges even more deadly than the dreaded kraken.
And they will face questions. Questions that go to the heart of their mission – and the core of their souls ...
What do you believe?
Who do you care about most?

Are you worthy?
Worthy to obtain the Book of Mysteries. Within its pages lie the secrets to navigating the stars and curing deadly diseases.

But can they retrieve it before they wind up dead themselves?

Find out in the exciting sequel to The Pirates of Moonlit Bay, Book 2 of The Paladin Princess series. 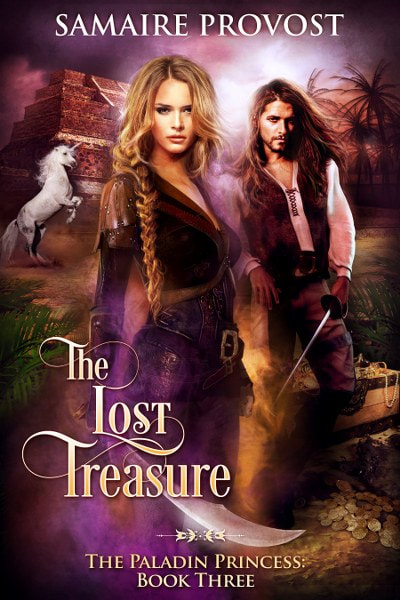 Decaying corpses of powerful sirens float in the sea, forming a grisly trail toward the horror that killed them.


Mermaids whisper about a new threat in the ocean, a menace that imperils all the denizens of the waters, from Swerighe, to Alkebulan, to all the undiscovered seas.
Charlotte and her troupe, searching for clues, hear whispers of a secret treasure that might be connected to the siren deaths. An aged merman who has traveled farther than any other, reveals to them the tale of a strange, strange land:
“There is a faraway land, full of steep mountains, and dangerous creatures. The forest surrounding the tallest mountain is home to a multitude of dread monsters, each more terrifying than the last, who hunger for the flesh of unsuspecting travelers foolish enough to venture into their realm. At the apex of this tall peak, which rises twenty thousand feet, past deadly glaciers and a river of fire, is a sanctuary watched over by a forgotten order of mystics skilled in the art of battle and devastation. In the rear of the sanctuary is a passage that leads into the mountain, and deep into the heart of the Earth. At its end are catacombs guarded by a beast so dreadful that minds will go mad at the sight of it. The door to the catacombs can only be accessed by defeating the beast that guards it. Inside, concealed by a hideous shroud and an ancient poison, lies the lost treasure of El Dorado.” 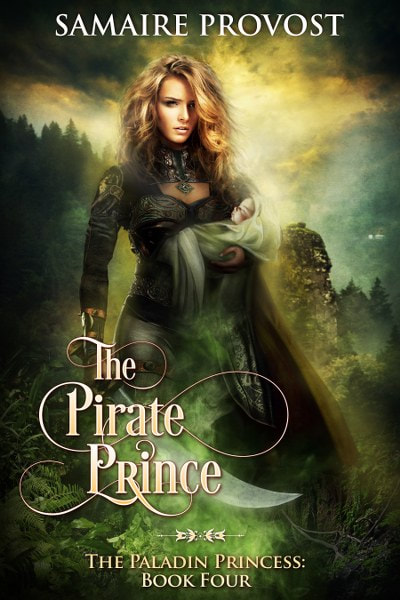 The land is dying.


Great swaths of the northlands are growing warmer at an alarming rate.
Wildlife is suffering.
Monsters from the realm of fable and legend are being released from the glaciers, attacking villages.
And something – SOMETHING has caused this.
A great evil has emerged from the ice and lain this curse upon the land.
Charlotte’s parents – the queen and prince consort of Swerighe – have been abducted, and the land is in an uproar. Only Charlotte and her troupe can save the day.
But this evil is desperate to survive.
It will stop at nothing to take what it wants.
And it wants her baby. 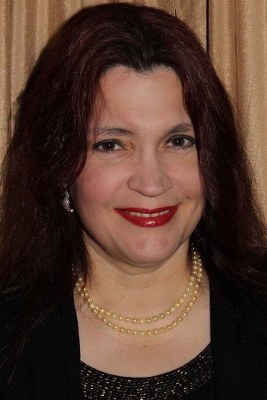 Samaire Provost grew up in a lot of different places, and now happily resides on the


East Coast of America, laboring away at writing stories every day. She is an animal lover with far too many pets, yet she still muses how she’d like to add even more. A lover of all things night and gothic, she also loves to read and reread her favorite books. Owned by a cat named Tyrion, she can be found haunting the shadows and mists that hang low over the hills of southern Virginia.