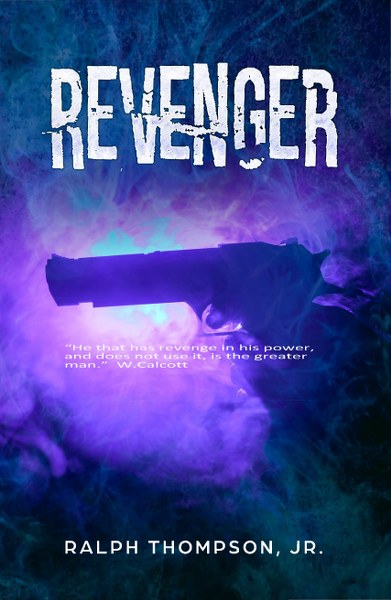 Rick Bass is a junior at a southern commuter college. When he meets Elenore he is immediately attracted to her reserved yet captivating ways. When Rick finds himself in a dangerous situation far beyond his ability to cope, he uses drastic measures that change the direction of his otherwise dull, uneventful life and may cause him the girl of his dreams. Rick’s careless and thoughtless actions bring tragic results, yet he still believes God endorsed his plan. From the writer of “None of Our Hands Are Clean,” Ralph Thompson, Jr. tells a story of a young man who knows of God but is unsure about God’s direction in his life when things get out of hand. Is God truly the orchestrator when one choice leads to a life time of consequences?

“Dude! You don’t have to do this. I’ve done nothing to you!” The smaller man shrieked. Any pretense of manliness dissipated. The smaller man knew he was overmatched. He was trying to minimize an absolute beatdown. This type of ruckus meant only one thing: Smash was out and about, looking for his version of fun. That usually included inflicting pain on random folk.  Smash felt rested and satisfied, like predators do from time to time. Feeling good meant getting out and looking for folk to intimidate. Lowtown was like that. The cops didn’t go in unless they absolutely had to. Most of the city’s citizens figured if they could confine Lowtown’s lawlessness to a small area, eventually the folk inside would kill off one another until the area could be renovated (leveled & gentrified) with little opposition. Folk like Smash made the transition go slower than the city fathers would like. Smash suspected it, even without much formal education.  Smash had an innate sense of his hard-fought place in this neighborhood. As long as the police gave the area a wide berth, he could do almost whatever he wanted. The locals were so afraid of him, they wouldn’t even band together to take him on en masse. Smash knew all of that." 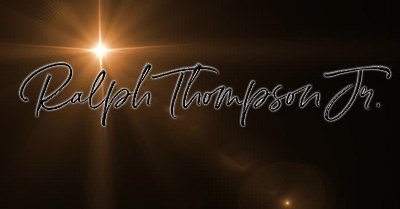 Ralph Thompson, Jr. was born and reared in Memphis, Tennessee. During his childhood, he saw up close the impact of the civil rights movement. These world-changing events permanently informed his perspective and his writing.
He accepted Christ as a teenager, and like many has seen ups and downs in the years since.
Later, a search for further meaning in his life led to his joining the U.S. Air Force, where he served 26 years. He’s a veteran of operations like Just Cause, DESERT SHIELD/DESERT STORM, Southern Watch, and Enduring Freedom.
Thompson has a daughter/son-in-law, a son, and a granddaughter who all live out west. He serves in his church, the Memphis community, and with his fraternity (Alpha Phi Alpha Fraternity, Inc.).

What I’m passionate about today
I’m concerned about the state of the world, this country, my hometown. I endeavor to mentor young males, serve with voter education groups, and am a part-time member of the security team at church. I truly believe in my heart that we can live in some semblance of harmony on this planet. We have so much more in common than we have as differences. One of my goals as a novelist is to point out what we have in common, that we may collaborate on the state of this world.