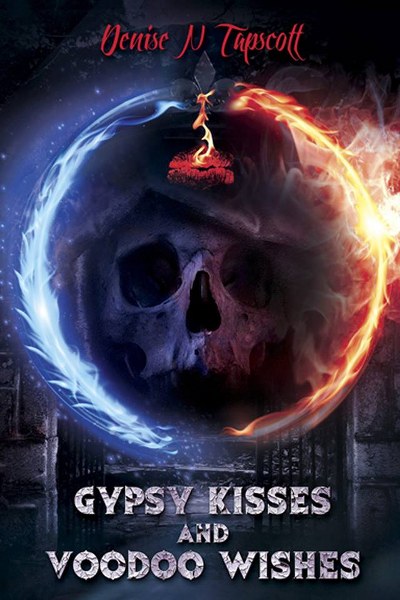 Can any good transpire when Romani magic collides with Voodoo Magic?  For Grandmother Zenobia, the answer is unclear.
The year is 1890 in Carrefour Parish, Louisiana.  A Voodoo high priestess with a mysterious past, Grandmother Zenobia conceals her magical powers from her grandson Will. She wants him to have a "normal" family life, including savory Southern dinners and festive church gatherings. When Will reveals that he's in love with a girl named Syeira, Grandmother is overjoyed. In her excitement over a future wedding, Grandmother fails to find out a crucial piece information.  Syeira is not a New Orleans local, she's from the Camlo family.
On the other side of the bayou, Queen Patia Camlo, is furious when her daughter reveals her relationship with Will, who is not Romani. To the Camlo tribe, The Traveler way is the only way.  Desperate to put an end to their romance, Patia casts a spell so effective that even the great Grandmother Zenobia can't fix the damage it creates.
Grandmother Zenobia must decide how much she's willing to sacrifice to retaliate against Patia, as well avenge her family, without losing her soul 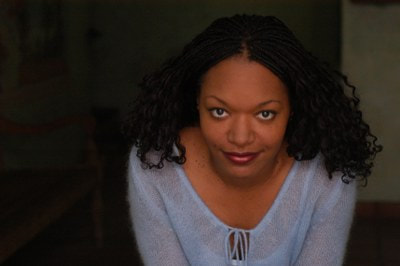 Denise was born and raised in California. She left her heart in San Francisco, but somehow managed to leave her soul in New Orleans. When she's not creating and cultivating her characters, she enjoys dining on spicy tuna rolls, sharing a bottle of red wine with friends and watching the latest flick (especially scary films). From time to time this radiant left-handed pirate will even challenge others to a fencing match or two. But, watch out. This Gemini is determined to win!

"Just living is not enough...one must have sunshine, freedom and a little flower."

What can we expect from you in the future?
I have rough drafts for three more novels and a few short stories that highlight more about Grandmother Zenobia.  My first short story, The Price of Salvation was released September 2019.  It's one of my favorite stories about my favorite main character (I love them all, but she "speaks" to me the most).  When I was working on my novel Gypsy Kisses and Voodoo Wishes for what felt like an eternity, a writer friend encouraged me to step away and write a simple short story to clear my head.  I cheated a bit and wrote the story about Grandmother Zenobia. Now I have several other short stories for my readers who prefer shorts to novels.  The collection will be called "The Friends and Foes of Grandmother Zenobia" and readers will see different sides to her personality and see the character in different time periods.
How did you come up with the title of your book Gypsy Kisses and Voodoo Wishes?
I liked the idea of a story where Voodoo would battle Romani Magic.  After doing some research I discovered both magical worlds aren't as scary as Hollywood makes them out to be.  I wanted something else to make the two sides appealing.  I thought of kisses and wishes, and without giving any spoilers, these two elements helped the story along.  Thus Gypsy Kisses and Voodoo wishes came to mind.  When looking more into the Romany culture (which is challenging because I want to be respectful), right before the book was published I found that some people are offended by the word Gypsy.  If I could ride in the way back machine with Sherman and Mr. Peabody, I'd find a better term for Gypsy.  The idea that the title could be offensive to someone breaks my heart.
Where did you come up with the names in the story? Are your characters based off real people or did the all come entirely from your imagination?
I researched most of the character's names based on their personalities.  An example would be Patia Camlo, Romani Queen of the Camlo tribe.  She is very angry and bitter and the name Patia means bitter.  On the other hand, her husband is named Dorian means gift.  I also chose it because of the Oscar Wilde story The Picture of Dorian Gray. I love the movie version and I wish they’d remake it!   I wanted an interesting name for a Voodoo High Priestess and I came across the name Zenobia.  It turns out there was an actual person, Queen Zenobia of Palmyra.  I though her story was fascinating and it's how I put a few pieces together for my character.  It gave her many more layers than I planned.

One character, Olivia Milton came about from an actual, real life, heart breaking situation. Her name means “Olive tree” and I wanted her name to be a little ironic. Without giving any spoilers, Olivia is probably the closest characters I created to an actual person.

Otherwise, my characters are entirely from my imagination.  Most of them have my own quirks, flaws and fun features.

If you could spend time with a character from Gypsy Kisses and Voodoo Wishes, whom would it be?  And what would you do during that day?
I'd definitely spend a day with Grandmother Zenobia.  I'd love to sit down with her and watch her do a few tarot readings for people.  I'd also love to stand next to her and help cook a delicious down home southern meal, including dessert.  She'd have all kinds of advice and stories to share with me.

I’d also love to spend a day with Dorian, King of the Camlo Tribe. I think he’d be fun to party with when he was in a good mood, and I bet he’d have all kinds of stories to share.