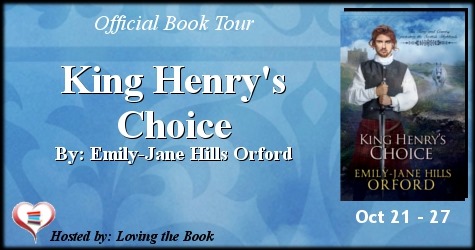 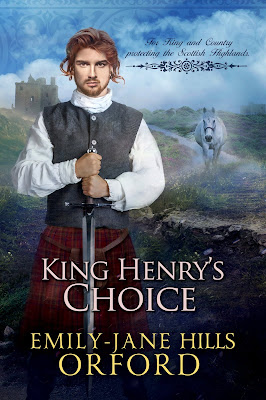 It’s the late 1800s and Queen Victoria wants more than mere access to the Scottish retreat at Balmoral Castle. But King Henry I of Scotland, direct descendent of Queen Mary Elizabeth I, the time traveling royal daughter of Mary Queen of Scots, is determined to keep Scotland free and independent and a powerful, progressive nation in its own right.

The struggle to protect what is his by birthright becomes a battle that must be fought in the past, the present and the future and in other parts of the world. And, in the midst of each battle, there are choices to be made. Very difficult choices.

An avid gardener, artist, musician and writer, Emily-Jane Hills Orford has fond memories and lots of stories that evolved from a childhood growing up in a haunted Victorian mansion.

Told she had a ‘vivid imagination’, the author used this talent to create stories in her head to pass tedious hours while sick, waiting in a doctor’s office, listening to a teacher drone on about something she already knew, or enduring the long, stuffy family car rides. The author lived her stories in her head, allowing her imagination to lead her into a different world, one of her own making. As the author grew up, these stories, imaginings and fantasies took to the written form and, over the years, she developed a reputation for telling a good story.

A retired teacher of music and creative writing, she writes about the extra-ordinary in life and her books, short stories, and articles are receiving considerable attention. For more information on the author, check out her website at: http://emilyjanebooks.ca

Snippet #1:
He paused and breathed deeply. “Grandmother.” It was now or never. He had to tell her. She deserved to know the truth. “I have been to the future – way into the future. I have met them.”

Snippet #2:
Queen Victoria was speaking. He could hear her voice through the closed door as if he were standing before her. “You must stand up to him, Isabel,” she was scolding his wife. “He needs to be made to understand. Scotland and England belong together. This dream the Stuarts have carried with them for so long, since the days of Queen Mary Elizabeth. It’s a dream serving no purpose, other than to bolster Scottish egos. One must move on towards progress. And Scotland would fare much better as England’s ward than it has done on its own.”