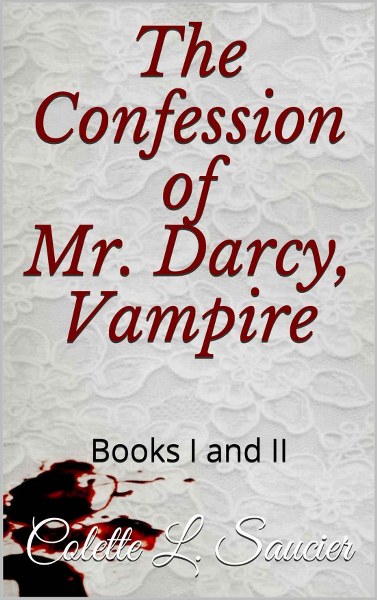 FOR THE FIRST TIME EVER: The definitive vampire adaptation of Pride and Prejudice and its sultry sequel in one volume!


Books 1 and 2 of the award-winning, international bestselling Confession of Mr. Darcy, Vampire, re-released in this special edition only on eBook for a limited time at an incredible price.


BOOK I: Pulse and Prejudice

"I cannot express enough how skeptical I was upon starting this book. Pride & Prejudice with a touch of vampires was enough to send me into fits of eye rolls. But, within only the first chapter, I found myself strangely drawn to the story. The vampire Darcy weaves his spell quickly." - Austenprose

Book II: Dearest Bloodiest Elizabeth
In this lurid, lusty sequel to Pulse and Prejudice, death shadows the newlywed Darcys from Pemberley to the parlors of Regency London to the courtyards of Antebellum New Orleans. As Elizabeth discovers the trials and travails of marriage to a vampire, can Darcy ever believe that she loves him as he is? Or will his jealousy tear them apart?

This is the sequel to Pulse and Prejudice; however, as it is not an Austen adaptation, the reader will find it darker, bloodier, and more provocative than Book 1.

"After taking the plunge into this dark and haunting world, I am bloody thrilled to say that I just loved this sequel! The story examines the beauties and frailties of Darcy and Elizabeth's love and devotion to each other while folding it into a world filled with gothic danger. It is action-packed and left me turning pages rather quickly, while at the same time being filled with well-developed characters whose inner turmoils make the reader empathize with each of their own plights."
C.A. Pepe, Just Jane 1813

Crimson drops fell onto the white snow, staining it pink. Darcy had not intended this—to drink from his wife—when he claimed his prize of a kiss after catching her as they raced through the hedge maze at Pemberley. Elizabeth had actually done surprisingly well in evading him, considering his intuitive abilities; but, of course, he caught her—laughing in his arms, eyes ablaze, cheeks chafed from the cold. “And now my prize!” As had so often occurred in the span of their brief marriage, his tender kiss escalated quickly into fervent ardour. The laughter then in her eyes, his wife had taken hold of the lapels of his greatcoat and, falling back onto the snow, pulled him down with her. As their kisses deepened, so, too, had his hunger and desire. He pulled off his gloves and trailed his cold fingers down her face. Untying her bonnet and unfastening her cape, he exposed her neck for his lips and his teeth. She moaned softly as he drew the blood from her throat, sharing her warmth and her pulse, savouring the rich, metallic taste. He pulled back to watch her, only then noticing that a few precious drops of lifeblood had escaped his embrace and fallen onto the snow. “William,” she whispered in a half-plea, her hand running down the front of his trousers to convey her intent. He gazed into her eyes. “Should not we go in? Are not you cold?” “Cover me to keep me warm.” She wrapped her arms around his neck and pulled his mouth onto hers, sharing the taste of her blood as their tongues intertwined. Darcy slid up her skirts and brought the hem to her knees. He reached his hand up between her cold thighs to the hot core that drew him in. She gasped against his mouth as he touched her there, but he wasted little time in freeing himself from his trousers and thrusting deep within her. Afterward he held her face in his hands, stroking her cheeks with his thumbs as he kissed her beatific face. His thoughts of his good fortune in finding and winning this woman were disrupted when he comprehended that, even in their current state of dishabille, she was stuffing snow down his back. He reacted dramatically, rolling up to shake out the snow; and Elizabeth availed of his distraction to make her escape. “Madam, you use your wiles and allures to seduce me and gain an advantage!” As she stood up, though, she stumbled and fell forward onto the soft snow, thus providing her husband the opportunity to reciprocate by putting snow down her gown and eliciting her squeals. “I surrender!” She laughed, trying to dislodge the snow from her back. “You have bested me once again, Mr. Darcy.” He stood and pulled her to her feet and into his arms. “Perhaps we should consider it a draw.” They walked from the hedges to the house with an appropriate space between them for the benefit of the servants’ sizing eyes to temper any gossip about the master and his bride, though Darcy wondered if the household would be insensible to the affection he shared with his wife when he noted her swollen lips and the mirth in her eyes. Indeed, he doubted his countenance could conceal his own jubilance. The staff of Pemberley could not but be affected by their master’s joy, which proved contagious. He could see his own easy smiles reflected in their faces. Darcy felt he had undergone a metamorphosis of sorts, a second transformation to reverse the pain and shame of the first. After years of self-loathing, disgust for the beast he had become, the indignity of even pronouncing the word, he had found someone who not only accepted his dark nature but embraced it—welcomed it, reveled in it!—gaining from it a satisfaction to match his own. Naturally, no one could possibly have imagined the secret of their marriage bed; but anyone seeing him standing a bit taller, walking with a self-assurance heretofore unknown, could not doubt that marriage agreed with him. Fitzwilliam Darcy, vampire, was happy. 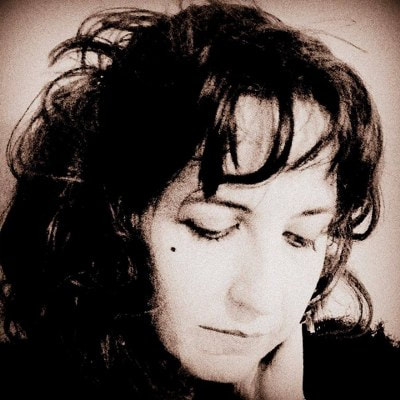 Colette L. Saucier is a bestselling and award-winning author in a variety of genres under multiple pseudonyms. Her novel Pulse and Prejudice, Book I: The Confession of Mr. Darcy, Vampire; the highly-acclaimed paranormal adaptation of the Jane Austen classic, was the 2013 Chatelaine Awards 1st Place Winner in Category, Romantic Fiction. Elle Magazine named Pulse and Prejudice a "Most Inventive Adaptation" of Pride & Prejudice in their April 2016 edition. It was also selected the 2013 1st Place Winner in Category: Chatelaine Awards Romantic Fiction.
An abridged version of The Proud and the Prejudiced: A Modern Twist on Pride and Prejudice was selected a 2013 Amazon Breakthrough Novel Semi-finalist and Austensque Reviews’ Favorite Modern Adaptation under the title All My Tomorrows.
Colette’s latest release is the controversial erotic noir suspense, The Widow. She will be releasing Dearest Bloodiest Elizabeth, Book II: The Confession of Mr. Darcy, Vampire in eBook August, 2016, and print in October.
A writer, world-traveler, empty-nester, and a literature, history, wine & cheese lover; Colette lives in Southeast Louisiana with her historian husband and their dogs.