The Merculians by Caro Soles Book Tour and Giveaway :) 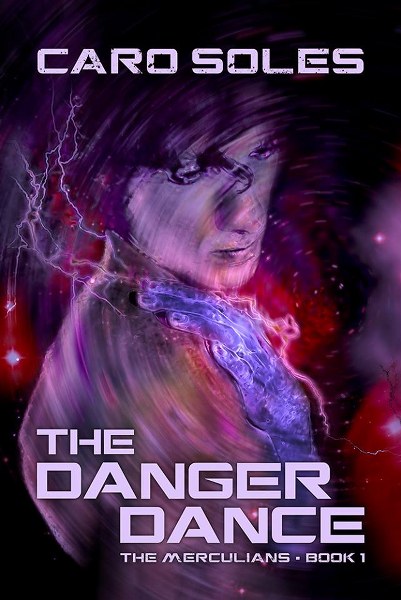 Life and death action and intrigue aboard a military space vessel!

A startling command from the dreaded Praetan brings chaos into the tranquil lives of hermaphrodites Eulio and his lover Orosin. Using the tour of the Merculian National Dance Company where Eulio is a star as cover, they board the Wellington, a militaristic starship that values nothing they believe in. Someone is passing secrets about fleet movements and weaponry to the enemies in the Troia, but the efforts of the two Merculians to unmask the spy only stir up a toxic mix of hatred and violence. Who will have to die before the Praetan is satisfied? The Danger Dance is a futuristic space adventure with enough swashbuckling action and intrigue to keep even the most jaded science fiction addict enthralled.

“…a tingling subversity of gender, sexuality and goosebumping excitement. Even better, Soles can rally write, with wit, sensuosity and depth.” - Perry Brass, author of The Harvest, Angel Lust, etc.

“A well written novel, full of sexual and political intrigue, it grips from the very first page and is difficult to put down….” - Annette Gisby, author of Silent Screams.

Their keeper herded the Merculians through a series of interconnecting noisy pods. Numb with exhaustion and emotional strain, they stumbled and swayed along until at last, their keeper thrust them through a final door into a small octagonal room next to what appeared to be the bridge. As they staggered to a stop, the Serpian touched a panel in the wall. At once a blue flame sprang up from the floor and raced dizzily in a circle around them. As it moved, it emitted a high-pitched, sizzling noise. “Cross that line and you fry, chickees,” growled the Serpian. From the bridge came a roar of laughter. Beny straightened his spine and held on to Eulio’s hand tightly, as the deck began to shudder under their feet. “What’s happening now?” whispered Eulio. Beny shivered, watching the fire dance and sway. Then suddenly go out. Before they could react, a loud noise reverberated through the ship, rattling the hull, gathering up the noise of the confusion. “Daisy chain, Daddy! Disengage!” screamed the leader. The floor shuddered underfoot as the men rushed to obey. A few seconds later, a series of explosions shattered their ears. The pirates’ shouts were the last thing Beny heard as their world exploded around them. 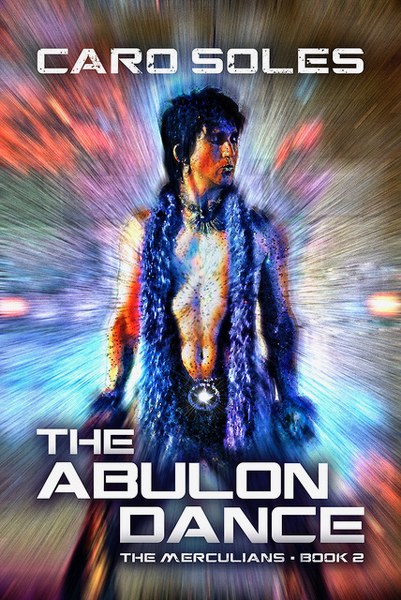 While on tour to the mysterious planet Abulon, the pleasure-loving hermaphrodites of The Merculian National Dance company are intrigued by the virile patriarchal society they discover there. The natives seemed friendly enough at first but when the star’s young lover is kidnapped, the Merculians find themselves plunged into a brutal alien Civil War they are ill-equipped to survive.

“I will not deal with Terrorists,” the Chief went on calmly. “They must be made to realize that acts like this accomplish nothing. We will not be threatened. They must know this.” Beny felt his stomach lurch. His hands were shaking. “You are talking about a life. Does this mean nothing to you ... sir?” “I am sorry, your Excellency. You must see that there can be no exceptions.” “But Chief! You do not understand!” Beny leaned forward intently, both hands now clutching the edge of the table. “This is not just an internal matter, as you seem to think. Chamion is a Merculian citizen and subject to the protection of Alliance law.” “Ambassador, it is you who does not understand. Abulon is not a member of the Alliance as yet. You are merely visitors to our planet and subject to our laws, just like everyone else.” Beny ran his fingers through his thick curls and gazed earnestly at the impassive face of the alien leader. He tried hard to keep his voice level. “Sir, this planet was represented to us as friendly and safe, as it seemed when the original I.P.A. contact team was here. The Alliance will not be pleased to find that this was a false impression created for their benefit.” “Do not threaten us, Ambassador.” “It is not a threat, merely a reminder. As is the fact that the one whose life you are playing with is a scant few years younger than your own son.” The Chief looked at him coldly. “I fail to see the relevance of that remark, your Excellency. If the hostage were my son, my position would be exactly the same.” 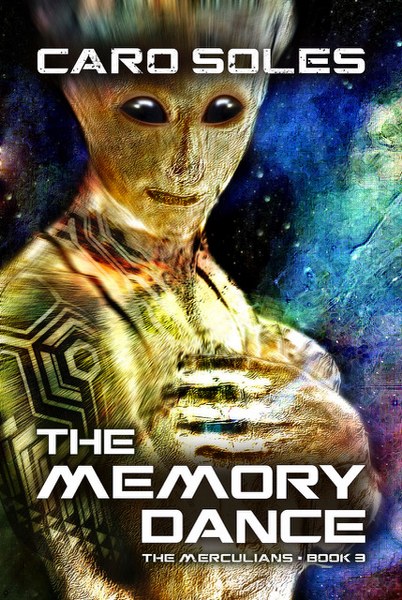 The Memory Dance
The Merculians Book 3

Merculian is usually a peaceful world of artistic, fun-loving and sensual hermaphrodites. The planet has always been safe, most Merculians blissfully unfamiliar with the dark powers that lurk beneath the surface of familiar things.

The trouble starts when the aliens arrive. Celebrity dancer Triani picks up a mysterious Terran male in the Pleasure Gardens, and an Ultraati rope dancer dies. Seemingly unrelated, these two events unleash powerful forces that disrupt the lives of everyone around him. Secrets from his carefully hidden past boil to the surface, flooding him with fear. When his beloved Giazin is threatened, he risks his life to save his child. Yet the mysterious group known as the Watchers will not let go. Can Triani free himself from the grip of these formidable beings or will they force him to betray his human lover?

“Oh, shit!” Triani caught his breath. Five burly Elutian guards burst through the door and surrounded Victor. “I'm sorry!” Triani cried, backing away. Victor put up a good fight, but it was useless against those odds, and they dragged him off moments later. Just before the door closed, one of the Elutians turned back and grabbed Triani. “No! Not me! I was just supposed to bring him!” Triani shouted, struggling against the scaly grip of his huge captor. “Shut up your face,” the Elutian remarked, casually lifting the Merculian off his feet and swinging him down the hall after the still-fighting Victor. At the first door they came to, his captor paused, pushed him against the wall, and holding both wrists in one hand, reached for something in one of the many pockets in his black jumpsuit. Triani had just opened his mouth to protest again when a filthy rag was stuffed into it. Shocked, he concentrated on breathing through his nose, trying to ignore the putrid smell that threatened to nauseate him. Suddenly, he was afraid. He could die here, choked to death in his own vomit. At the very least, if this Elutian decided to hit him, he could be severely injured. The big alien seemed satisfied now that his prisoner was silenced. He stretched his scaly neck up about a foot, then retracted it. “You be good now?” he asked. Triani nodded vigorously. They're going to kill me, he thought bleakly. Why? It occurred to him that they would not go to all this trouble for a mere courier. Who was Victor? 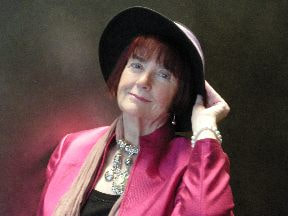 Caro Soles' novels include mysteries, erotica, gay lit, the occasional bit of dark fantasy, and science fiction. She received the Derrick Murdoch Award from the Crime Writers of Canada, and has been short listed for the Lambda Literary Award, the Aurora Award, and the Stoker Award. Her  latest mysteries include, A FRIEND OF MR. NIJINSKY, and PEOPLE LIKE US, which came out last year. THE DANGER DANCE is  the first in an sf series featuring the pleasure-loving, dual-gendered natives of the planet Merculian. THE ABULON DANCE is book 2 in the series. Book 3, THE MEMORY DANCE, has just come out. Caro lives in Toronto, loves dachshunds, books, opera and ballet, not necessarily in that order. After 25 years of teaching writing at George Brown College, Caro is staying home to write.