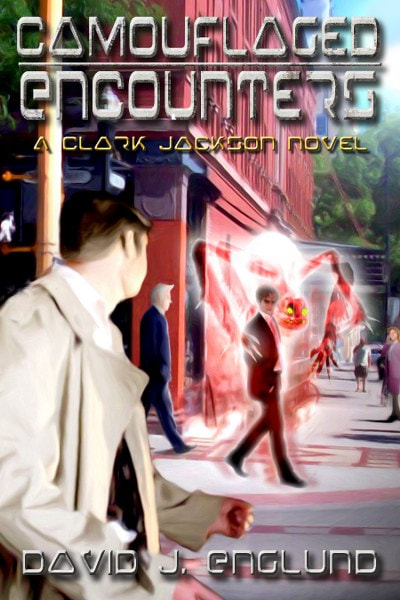 Forget what you think you know. How well do you really know your neighbors or fellow workers? Do you trust your boss? What about politicians? The fabric of our society is under attack. Our way of life, our livelihood, our very existence is under full assault. No one even realizes that it’s happening. Disguised as horrible natural disasters on the news, the world is caught unsuspecting as events draw us ever nearer to extinction. As “natural disasters” escalate and tensions between nations mount, one man hears a whisper. It has begun . . .

Two people sat in large cushioned chairs facing each other. An attractive woman in her thirties with dark hair and a conservative dress initiated the interview. “So doctor, you’re saying that the birth rate in this country is declining? What makes that such an alarming story? If it’s true, wouldn’t that be a good thing? Especially if the food shortages were to become a long-term problem?” The fiftyish dark-skinned, handsome man with salt and pepper hair, looked official in his dress shirt and tie, wearing a white lab coat. “It would certainly be a good thing, especially in the long run. If it was planned.” She looked up from her note cards. “You’re now saying . . . wait, what exactly are you saying?” “I’m not saying that people aren’t getting pregnant. Pregnancies are actually at an all-time high. I’m saying babies are simply not being born alive. Couples are experiencing stillbirths on an unprecedented, unexplainable scale. In fact, ahem, nationwide there has not been one single birth in the last two days.” “No!” The reporter paused. “That can’t be so.” “I’m afraid it is. That is why I asked to come on your show.” She put her cards down and went off-script. “I-I find that difficult to believe.” The doctor took a confident, condescending tone. “Check out the facts for yourself. Do a little digging into the story. Ask your colleagues in the media to join you. I cannot find any records of any births anywhere in the country since the day before yesterday and there were precious few births that day. I hope you can prove me wrong. Please do. This is something I don’t want to be right about, but the facts do not lie.” 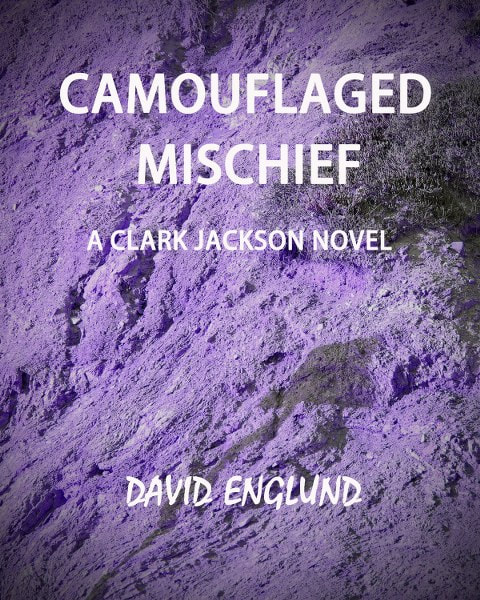 No more births. Ever. Extinction. No more rice. No more wheat. Starvation. That is what humanity is facing. The Ascanti, a conquering alien species, have been stopped, but scientists are incapable of reversing the environmental weapons engineered by the vicious aliens.

Clark Jackson, using his secret portal system, must find the Ascanti home world to learn if such a reversal is possible. And he’s on the clock, racing against the frightened nations of the world erupting into the third and final world war, bringing about extinction that much faster.

However, finding the alien planet is one thing, surviving its hostile inhabitants and environment is quite another.

As the door opened to allow two people into the room, a ‘clang’ sound drew his attention. He looked over to his left and saw what looked to be a long knife. He approached the object to see that it indeed, was a long knife. The blade itself was less than two inches wide but nearly twelve inches long. The handle was about six inches long with small, imbedded red jewels evenly spaced to provide a firm grip. He continued to approach the knife, only to be cut off by a child, no taller than three feet. The child stopped in his tracks before reaching the knife and ogled Clark. The child’s voice was soft and innocent. “Who are you? I have never seen one such as you in the training hall. Are you a youngling like me? Are you practicing your transformation skills?” “Ha! No, I am quite the adult. I am a warrior back to visit the home world for some … research.” The child’s eye went wide in bewilderment. “You are a colonizer? How many natives have you killed? Are you the best warrior on your mission?” “No, no, nothing like that. I haven’t killed anyone. When you do it right, there is no need for killing. Only the mission failures end up with killing aliens. The point is to imitate them and take over their planet, not wipe them out.” “That sounds like gibberish. How can we claim the world as our own if we still have to look at the ugly creatures?” Is that what they teach their children? The only way to survive is to wipe out the rest of the universe? Clark softened his voice. “Killing isn’t always the answer.” “How can you call yourself a warrior if you have no kills to your credit?” “Oh, I have had my share of fights and victories, I just see no need to kill. How old are you?” “I am forty-seven prsecs.” Whatever a prsec is. “How long will you have to do combat training today?” The child furrowed his eyebrows. “This is what we do, we train. I train all day, every day. How do you not know this? How old are you?” During the conversation, the child stood completely still and perfectly straight, no slouching, fidgeting, swaying, or teetering. His focus was absolute, watching and listening to Clark the entire time. He eyed Clark’s hands. Clark started the conversation. “Do you know how to read?” “Yes.” Without hesitation, the alien fired off a question of his own. “Do you know how to skin a grdle beast?” “No. Do you like art?” “No. Do you like hunting?” “Yes. Do you know how your government works?” “Yes. Do you know how your ship works?” “No. Do you think your government is fair to the people?” “Yes. Do you think your ship is fast?” “Yes. How long did it take you to get good at fighting?” “Zero. How long did it take you to subjugate the primary species on your planet?” “Sixty-two prsecs. How many girlfriends have you had?” “Zero. How many wives do you have?” “Zero. How many friends do you have?” “Nineteen. How long did it take to fly to that planet?” “Fifty-seven prsecs. How much time do you spend playing each day?” “Zero. Play time is not allowed. How many of your fellow warriors died in the fight to colonize the planet?” “Zero. We are good. How many toys do you have?” “Zero. How many knives do you have?” “One. How many subjects do you study in school?” “Two. How many intelligent species are on that world?” “One. How much time do you spend with your parents?” “Zero. How many slaves do you own?” Startled, Clark shook his head. He hesitated. Seriously? As a child talking to your first explorer, these are the burning questions in your mind? “Zero. I live in peace and I live off the land. The beautiful, lush land of my world.” 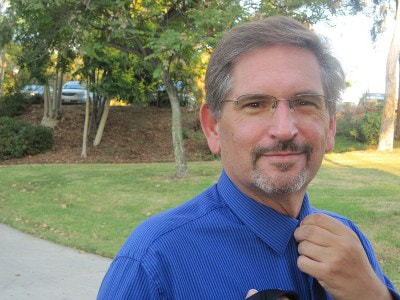 David J. Englund is a former Associate Professor of Economics turned storyteller. He daydreams of visiting other worlds and cultures on Clark Jackson’s adventures.