The Wall Series by Alison Ingleby Book Tour and Giveaway :) 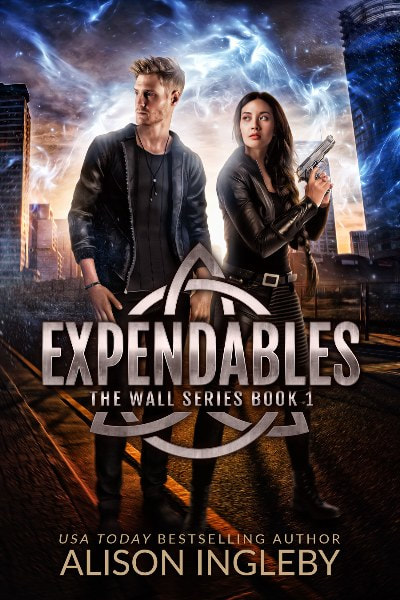 One girl. A corrupt government. A secret that could shatter a country.

★★★★★ “I haven’t been this hooked on a dystopian series since The Hunger Games and Divergent.”

What would you sacrifice to discover the truth?

For twelve years, Aleesha has survived as an illegal citizen in poverty-stricken Area Four. She lives by one rule – trust no one.

When her illegal status is discovered, Aleesha is forced to join a mysterious organisation intent on taking down the corrupt government. Then she’s introduced to Trey, an Insider who’s been brought up with everything she longs for: wealth, privilege, education.

An Insider who, like her, is being hunted by the government’s sinister militia.

Aleesha wants to hate him. But Trey may be the only person who can help her find her father – the man who could be her ticket out of poverty. If she can learn to trust him.

But discovering the truth comes at a terrible price. And too late, Aleesha and Trey realize that they’re just pawns in a much bigger game…


I can see the fear in his eyes. And something else. Worry. Worry for me? A warm feeling spreads through my chest. It cuts through the fear. It makes me feel brave. 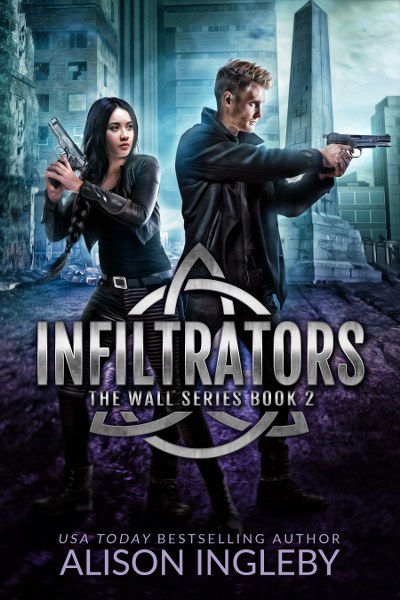 They thought the truth would bring people together. Instead, they started a war.

When Aleesha and Trey hand over the secret files they found in the basement of the government headquarters to the media, they hope it will bring Insiders and Outsiders together. United, they would have the power to rebel against the oppressive government.

While the Insiders turn their backs, protected by the Wall that divides the city, Outsiders rebel in the only way they know how: riots, death and destruction.

As London erupts in violence, taking down the government's sinister militia seems to be the only viable course of action. But what Aleesha finds inside the Metz compound will change her life – and her relationship with Trey – forever.

Join Aleesha and Trey as they fight for truth, justice and freedom in dystopian London. With fast-paced action, romance, danger, intrigue and one kick-ass heroine, you won’t want to put it down!


Justice and revenge. I had thought they were two words for the same thing. But I was wrong. 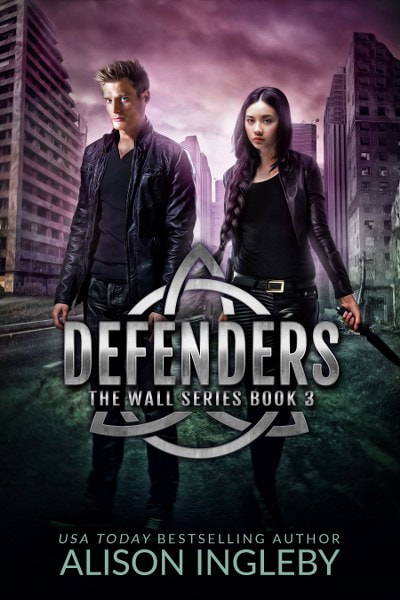 The battle for control of Area Four is over. Or is it?

Aleesha is determined to give the captured Metz officers a chance to change. But as tensions rise between Outsider gangs and the newly freed officers, events take a devastating turn and Aleesha is forced to confront her darkest fears.

Still reeling from the battle of Rose Square, Trey has his own decision to make. Does he remain Outside or listen to his mother's pleas and return to his family's aid?

Forced to decide between family and friends, duty and their hearts, Aleesha and Trey must decide which path to choose and if that path involves each other.

The explosive third book in The Wall Series features complex plot twists, heart-stopping fight scenes, romance and betrayal, plus all the characters you've come to love. Will they all survive? One-click to find out.

His lips tighten to a thin line. “The answer is no … Or at least, not yet. I’ve been working on it night and day, but I still haven’t figured it out.”
Frustration echoes in his words as if he’s personally affronted by this challenge to his intellect. And with his words, the tiny flame of hope that had flickered within me dies, leaving behind an emptiness I don’t want to face.
----------------------------------------------
“How can you live with yourself? Knowing what you’ve done?” My voice is a whisper on the breeze. Silence surrounds us. My hand trembles on the knife handle.
If you’re not prepared to kill him, you’ll die.
But I can’t do it. Can’t plunge the blade into the throat of a man who lies at my mercy.
One stab is all it would take. But still, my hand falters.
----------------------------------------------
I give her hand a squeeze, but I still can’t meet her eye. I feel like I’m riding in a pod that’s suddenly swerved in an unexpected direction, the life I’d wanted fading into the distance behind me.
This is where I need to be. I know that now.
Then why do I feel like I’m betraying the people I care about?
----------------------------------------------
Batons find their way into my hands from the officers who have fallen. I weave through the disorientated fighters, a whirlwind that smashes their kneecaps and jabs at their stomachs.
My height is an advantage – I can slip under their arms, almost invisible in the confusion. Each movement comes naturally, like a dancer completing a memorized routine, twisting and turning, never staying still long enough for one of their weapons to hit me.


Slowly, I carve a path through Primo’s fighters to the steps of the church. 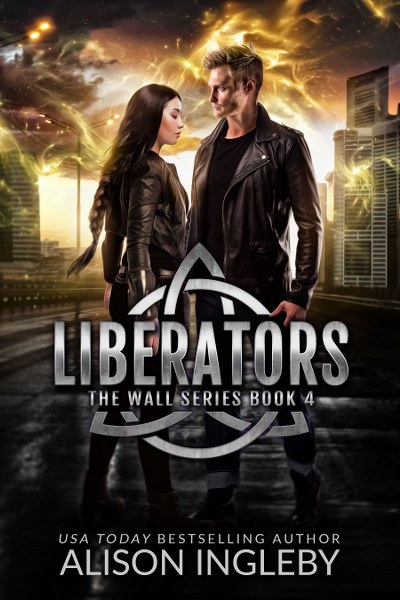 When it comes down to it, what do you do – protect your family or follow your heart?

Captured by the government, Aleesha is slated for execution. Only her father can save her, but doing so will put the Chain's plans in jeopardy. Is it worth risking the future of a country to save the life of one girl?

As Trey investigates the mysterious additive in the Outsiders' food supply, his sinister boss closes in. Acting on his suspicions could risk his incarceration and his family's safety. But can he turn a blind eye to the truth?

As the balance of power shifts and alliances are made and broken, Aleesha and Trey must decide who to trust.

Get your copy of the nail-biting conclusion to The Wall Series today and find out how the story ends.


Her eyes search mine and for the first time, I feel like my mother sees me for who I truly am. Sees how I’ve battled against myself to be the son they wanted me to be. Sees the shame I’ve hidden inside when I failed again and again. 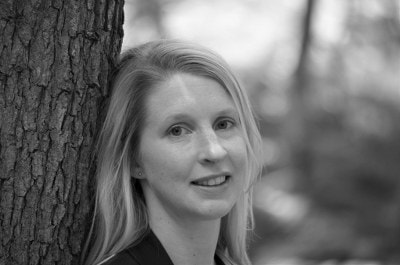 When not writing, Alison enjoys reading, drinking tea and spending time outdoors. She lives in Yorkshire, England, but her heart loiters by the sea in north-west Scotland.

You can find out more about Alison, sign up to her Readers' Club and get a free story by visiting her website: https://alisoningleby.com/