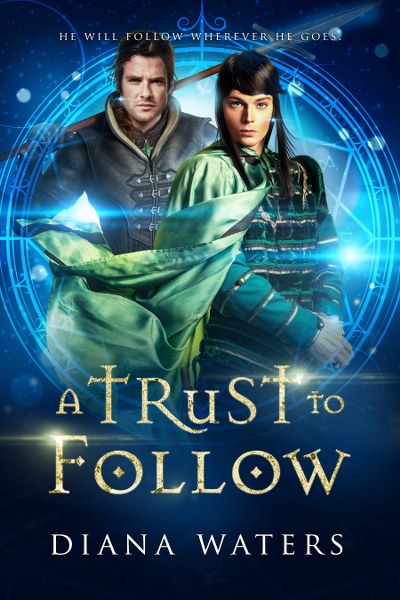 In a world where magic is hated and feared, sometimes the bravest thing a man can do is trust.

Daymon is the second prince of a kingdom in which Evokers—those who possess intuitive magical abilities—have long since been treated with fear and mistrust. Marked as an Evoker himself, Daymon is captured by those who wish to take advantage of these powers. Now, the prince must put his faith in Rhyder, the captain of his guards—and the man Daymon has claimed as his own—to free him.

Prince Daymon came to with a stifled moan, the pain dragging him back to unwelcome awareness. His entire body throbbed, but he kept his eyes closed, not wanting to be greeted with the sight of a bare cell or the bruises where he had been struck. The cold had numbed him to some of the damage, but he could tell without looking that several fingers were likely broken. Instead, he concentrated on what he had been dreaming of only moments before. His mother’s voice. Daymon did not remember it or his mother well, but he knew what she looked like from the portraits his older brother, Daylor, secretly kept. Her hair was fine and dark as ink, and her eyes a deep blue—both of which Daymon had inherited from her, unlike his brother. Instead, Daylor bore the golden hair and amber eyes of his father, as well as his father’s height, broad shoulders, and olive skin. In contrast, Daymon had a slight build and pale complexion, further marking him as more of his mother’s child than his father’s—as though everyone needed reminding. And yet, despite being too young to recall his mother’s voice, or so he thought, Daymon could have sworn he had heard her whisper to him. Just a little longer, the words had tickled passed his ear. Just a little longer, and he will come for you. How could he not? But the sensation of his head being held, the fingers brushing softly through his hair, had vanished as soon as Daymon had woken up, and although he had never really known her, he felt her absence now as keenly as though she had truly been with him. He will come for you. Daymon’s good fingers touched his left ear, feeling the shape of the small jewel still threaded through the lobe and then the right, empty one. Rhyder was as strong and as fierce as all the stories said and as stubborn a man as Daymon had ever known. Once Rhyder had decided on something, there was no stopping him—and he had decided on Daymon. It didn’t matter if his father did nothing—being too paralyzed by increasing paranoia or drink to break his self-imposed confinement. It didn’t matter if Daylor, torn between genuine love for his brother and his strong sense of filial duty toward their father, was likewise unable or forbidden to act. Rhyder would come. If Daymon believed in nothing else, he would believe in this. Daymon fell short of anything resembling strong or heroic, but Rhyder was everything a hero should be and more. While Daymon’s courage failed him, Rhyder’s would never waver. “I’m sorry. Rhyder, I’m sorry...” The apology was as much for himself as it was for Rhyder. Daymon’s isolation, combined with the surrounding darkness, brought to mind half-remembered fears from long ago. Yet perhaps even now his valiant captain was making his way here. Perhaps he was already nearby and merely waiting for the right moment to strike. Perhaps — The door to Daymon’s cell burst open with a high-pitched squeal, and he held himself still, determined at least not to flinch away. He owed Rhyder that much. I’m not afraid, he told himself silently. I’m not afraid at all. You can hurt me all you want, but Rhyder is coming, and I won’t be afraid. He only wished the last part were true. 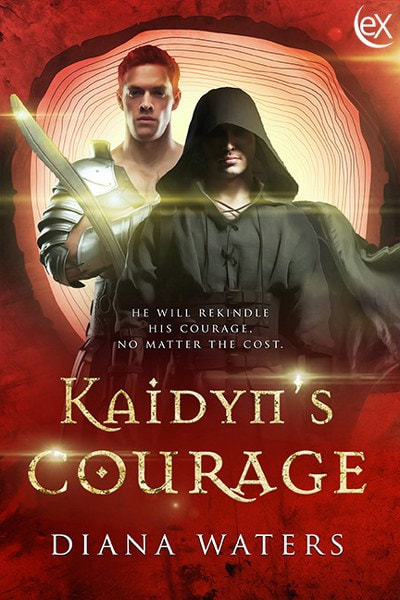 When one man’s courage is lost to his own anger, another will try to rekindle it—no matter the cost.

Kaidyn is the son of the queen and a trainee officer in the kingdom of Sareen. He is also a Half-Blood—his father is from Iskandir, a neighboring kingdom which has been at war with Sareen for many years. Bitter and angry at the prejudice he faces, Kaidyn meets Sorin, a healer from one of Sareen’s most prominent noble families. As their relationship deepens, the war between Sareen and Iskandir grows worse. Not only will the pair inevitably become involved with the conflict one way or another, but Sorin is also hiding a secret, and time is running out for them both.

“Oi! The Watch, run!” Kaidyn’s ears had caught it, too—the clinking of steel as a patrol wandered nearby, perhaps attracted by the sounds of their struggle. No others could walk the city streets openly armed, even by day. Not that Kaidyn wanted to stick around any longer than his attackers. He had no wish to be locked up for the night either. The man directly in front of him seized him by the collar of his shirt. “Something to remember me by,” he muttered, and Kaidyn knew his mouth was open but couldn’t hear his own gasp as he was dealt a final blow. The hit wasn’t in his stomach again, as he’d been expecting, but at the side of his head. It felt like an object struck him, not merely a fist, but something blunt and hard. He felt the blood begin to drip from the base of his skull and trickle down his neck. The world wavered around him as the last of the men ran off. Cowards, all. Kaidyn took an uneven step, then several more. He tilted toward the ground but did not fall. Luck. Where is Luck? I have to find him, before ... He was still so angry, but his thoughts were leaking out of him along with the blood, the dizziness beginning to con-sume them. If I don’t hurry ... The stars were wheeling somewhere above him. When did I fall to the ground? He tried to search for a familiar landmark, but his sight was failing him. Kaidyn had either drank too much or been hit too hard. “Oh!” Kaidyn heard a gasp, but it had not come from him. It wasn’t Luck, either. He tried to get up, to defend himself once more, but his hands met only empty air. “I’m not going to hurt you, I promise—” Kaidyn growled, his tone low and furious. “All right, all right,” the voice soothed him. “I’ll just wait until you’re ready to walk again, shall I?” The unknown per-son sounded sympathetic. Gentle, even, and impossibly, unbearably kind. But that must have been in his head, because surely nobody who saw Kaidyn in his current state could be anything but disappointed, disgusted, or a combination of the two. “It’s going to be all right,” the voice continued, and to Kaidyn’s astonishment he felt a cool hand touching his brow, brushing wisps of hair from his forehead. He could not remember the last time he had been touched with such tenderness. “I have you. You’re safe now. I won’t leave you alone here.” Kaidyn shook his head, forcing his sight to clear. A pair of eyes stared anxiously back down at him and drew him in, as though calling him on from somewhere. But from where? Where...
Kai! He had definitely imagined that part, because this stranger, whoever he was, could not have known his name, much less the one reserved for his closest friends. Kai! But he could not think any longer, he was falling, falling... and running again, running away from the pain and the bile rising in his throat, escaping everything but the darkness that finally overtook him to swallow him whole. 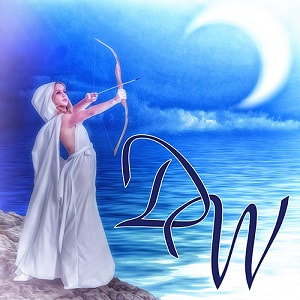 Diana is an M/M romance author from New Zealand, although she currently resides in New York and has previously also lived in Japan and Thailand. She has no idea where in the world she’ll be this time next year and is pretty okay with that. Other than reading and writing, her main passions include travel, amateur photography and competitive swimming.