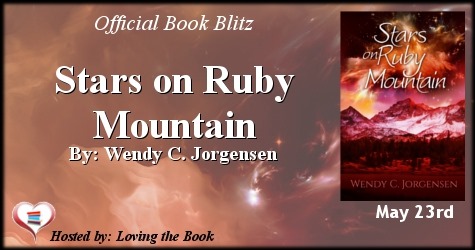 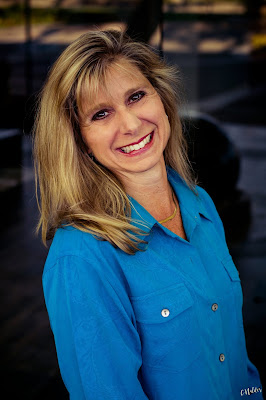 Wendy C. Jorgensen grew up in Ft. Lauderdale, Florida, and began writing in second grade, furiously recording her hopes and dreams in a denim-covered diary. Besides hanging out at the library, she loved soaking up the rays—while reading a book, of course. During her sophomore year of high school, Wendy’s family moved to Carson City, Nevada, and she thought her life had ended. The desert, sagebrush, and cowboys were a far cry from the ocean, palm trees, and surfers of Florida. Fortunately, within six months, the family relocated to Lake Tahoe, and her outlook improved dramatically.
Wendy started college at the University of Colorado in Boulder, followed by a year at the University of Nevada in Reno and two years at Brigham Young University, where she worked as a reporter and copy editor for The Daily Universe. A decision to take a short break from school turned into a twelve-year college hiatus in Lake Tahoe. After a two-year stint in the civil engineering program at California State University in Sacramento, Wendy returned to Colorado and graduated from CU with a degree in English Writing. It was a long, but valuable, educational journey.
After twenty years in Colorado, Wendy recently moved back to Northern Nevada, close enough to Lake Tahoe to enjoy the beautiful scenery but far enough away to escape the heavy winters. She lives with a wonderful husband and a golden retriever who’s often mistaken for a sloth. Her two brainy and creative sons make her want to be smarter. Wendy hopes someday to journey to the stars. 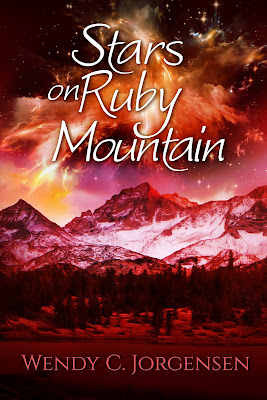 A teenage girl recovers in a Sacramento hospital, the sole survivor of a terrible accident that killed her parents—parents she can’t remember. All she knows for sure is she’s in danger. For the girl, known only as Angie, staying put is not an option.

After saving a friend from a vicious attack reveals she’s no ordinary human, Angie races to find a safe place. A chance encounter with the intriguing Michael Winter leads her over the Sierras to Lake Tahoe, where she’s nearly abducted. As she escapes to Colorado, she struggles to unravel who she is and where she came from; instead the mystery of her identity deepens.

Her only hope is to find the truth before it’s too late.

Five Fun Facts about Stars on Ruby Mountain
1.        The idea for this story originated in 2015 as Wendy and her husband drove by the turnoff to the Ruby Mountains near Elko, Nevada. They were driving a U-Haul as part of a move from Denver to Reno. Wendy had been pondering the storyline for the sequel to Scattering Stars, and the area seemed like a perfect place for aliens to hide out.
2.        Wendy has always been fascinated by stories about people with amnesia, so it’s not surprising she decided to write one. The combination of amnesia and aliens was too tempting to pass up.
3.        Part of the story is set in Truckee and Lake Tahoe, where Wendy lived for seventeen years. She rafted the Truckee River almost every summer, explored the pristine surroundings of Emerald Bay, and hung out on the beaches at Lake Tahoe more times than she can count.
4.        The main character, Angie, has a unique swear word—kaja! The word popped into Wendy’s head, seemingly out of nowhere. After the book was finished, she happened upon a cake recipe she’d pulled from a magazine a couple of years ago. A woman named Chandra had submitted her mom’s recipe: “Kaja’s Pistachio Cake.” Everything we experience lurks in our memory banks waiting to emerge. BTW—the cake is awesome!
5.        As Stars on Ruby Mountain was nearly complete, Wendy watched a Hallmark movie called Falling for Vermont. The movie is about a YA science fiction author, whose book/series about a girl with special powers has just been made into a movie. As the author becomes famous, her life spirals out of control. The character’s name is Angela (or Angie as some called her), she has a car crash, loses her memory, and rediscovers who she really is. Coincidence?

Five Fun Facts about Wendy C. Jorgensen
1.        The abandoned dog in Stars on Ruby Mountain is named Truckee. A dog is featured as a character in every story Wendy writes because dogs rule! But cats are nice too.
2.        Wendy fulfilled one of her bucket list items in July of 2017 when she attended the Roswell, New Mexico UFO Festival. She expected to find a huge costume party, but instead, she encountered lots of people who sincerely believe aliens have visited Earth—particularly during the Roswell Crash of 1947.
3.        Another one of Wendy’s bucket list items is to visit Scotland and search for Nessie—the Loch Ness Monster. As a child, she filled a scrapbook with every article she could find about the elusive creature. Who know what the future may bring?
4.        Wendy’s mother had thirteen children, who were raised by seven different families. As far as she knows, none of them would be willing to help her search for the Loch Ness Monster.


5.        While she lived in Lake Tahoe, Wendy worked as a casino blackjack dealer for ten years. The best part of the job was meeting people and learning their stories.