**both books are standalones!** 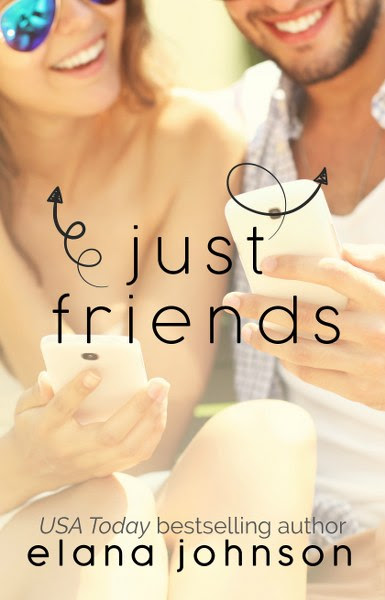 Mitch can't keep running from his girl problems.
High school senior, Mitch Houser, is thrilled to have multiple colleges recruiting him because of his record-breaking times on the track, but Mitch hasn’t told anyone the real reason he’s been setting records.
He’s trying to outrun his girl problems.
He really hits it hard when Holly Isaacson, the girl next door and his best friend for a decade, becomes buddy-buddy with Jade Montgomery, who is Mitch’s latest crush. He wants to move Jade from a girl he invites to eat dinner with his family to a girl he takes out to dinner—and maybe kisses afterward.
So Mitch runs, and he runs fast. Things progress with Jade at the same rate they fall apart with Holly. Most days, Mitch can’t change into his running clothes fast enough. But running from his problems isn’t a good solution, and Mitch will have to face both Jade and Holly—and decide which one of them to put into the “just friends” category.
**.99 cents March 7th-14th!!**
Goodreads* Amazon 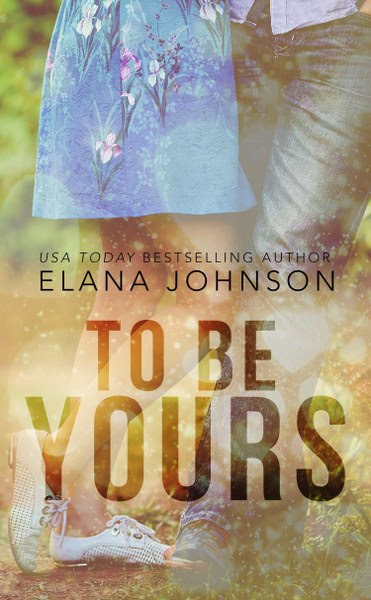 To Be Yours
by Elana Johnson
Genre: YA Contemporary Romance
242 pages

A girl who's lost herself and the boy who's always known how to find her.
When seventeen-year-old Eden Scotson skis to the bottom of a mountain on a routine trip with her older brother's best friend, Grayson Young, they find the lift non-operational and the biggest storm of the season upon them.
Unable to stay in the tiny hut, they decide to make the climb back to the luxury condos at the top. Along the way, they have to battle the danger of an avalanche, the elements of wind and snow, and their feelings for each other. As Grayson deals privately with his mother's alcoholism and an absent father, Eden's grief over her father's death nine years earlier is a little more public.
Compared to dealing with the complexities of friendship and more-than-friendship, overcoming grief, and learning how to forgive old wounds, physically climbing the mountain will be the easiest part of the journey for both Eden and Grayson.
**.99 cents March 7th-14th!!**
Goodreads* Amazon

So, Drew, you need a ride home after school?” Omar Juavez sidled up beside my sister as we walked down the main hall at Stony Brook High. A smart move considering I’d warned him away from Drew at least ten thousand times in the past month alone.
My stupid lipglossed freshman sister giggled and looked at me for permission. I glared first into her hopeful eyes, and then toward Omar’s sly smile.
“I have track, so I need the car,” I said, gripping my cell phone too tight. I willed it to buzz. Just once.
“So you do need a ride home after school.” Omar draped his arm around Drew’s shoulders and let his eyes linger on her chest —which was barely concealed beneath the scrap of fabric she called a shirt.
She beamed under the glow of his attention, making me stop dead in the middle of the crowded hall. “Listen, Omar. You keep touching her like that, and you won’t recognize yourself next time you look in the mirror.”
The smile slid off Drew’s face, replaced with a scowl. Omar dropped his hand from my sister’s shoulders, a sheepish glint in his eyes. I’d seen this look plenty of times over the years. Every time his mom came looking for him, in fact. He always seemed to “forget” to call her and tell her where he was. Omar did have the courtesy to look and sound apologetic when he screwed up.
Drew stopped next to Omar, and glared at me. “Shut up, Mitch,” she said. “You’re not my father.”
Omar was the kind of guy my dad wouldn’t want anywhere near Drew. Just because Omar ate dinner with us almost every night didn’t mean he could suddenly transition from sleeping in my bedroom to camping out in Drew’s. He and I had been in the same classes for years, and he’d spent so much time at my house, my mom washed his jeans and stocked the kind of cereal he liked.
“When it comes to my senior friends—” I glared at Omar. “— dating my little sister, you bet I am.” I stepped back into the flow of students, my sister and my best friend following.
“I’m not that little,” Drew complained. “And I don’t want to wait until four-thirty to go home.”
“Fine, whatever.” I hooked Omar with a pointed look as I stopped at my locker in Senior Row. “But no touching.”
He crossed his heart and slung his arm around Drew’s shoulders— which counted as touching in my book—drawing her down the hall and away from me.
I watched them go, my mood darkening as he leaned in and whispered something that caused Drew to throw her head back and laugh. Omar twirled her ponytail around his fingers. I turned away before I witnessed them doing something I wouldn’t be able to erase from my mind.
I spun the combination on my locker and opened it, thinking that someone had to watch out for Drew. She was all flirt and no thought, and Omar kept blankets in the trunk of his car. I’d never cared who he slept with, but the thought of that person being my fourteen-year-old sister filled my stomach with fire.
I clenched my teeth and drove them from my mind. The frustration remained as my phone stayed silent. Holly hadn’t texted.
She wouldn’t until she could do it alone—without the inquisitive eyes of her latest boyfriend, Greg Matthews. I had nothing against Greg. He and I had played football for the jaguars until seventh grade. He went on to play tight end until he made the varsity team as a freshman, and I’d left football to the real jocks. I preferred being able to think with my brain and switched to a sport that didn’t require special equipment: Track.
Holly Isaacson and I had been best friends since fifth grade, when she moved in next door. With a newly divorced mom and a younger brother, Holly came with a bright smile and lots of lawyer jokes. We had Mrs. Toolsen, and she was the kind of teacher that made us hand our spelling tests to the person behind us to get corrected. I never crossed my t’s, so they looked like l’s—until Holly, who sat behind me, crossed them for me. It was this unspoken thing between us, the fact that she was saving
my fifth grade spelling grade every week. When Mrs. Toolsen found out—Holly didn’t have an identical blue pen to cross the t’s with one week—she said if Holly crossed my t’s one more time, we’d both fail.
The very next Friday, we both failed, because Holly crossed all my t’s. I could still remember the stubborn glint in her eyes as she stared at Mrs. Toolsen and took her F without a word. From that Friday on, we’d been inseparable. We ran together, we studied together, we grew up together. I talked to her everyday— except when she was dating someone.
I’d texted her last night with no response. And again this morning. Still nothing. It wasn’t like I needed her. I didn’t have a pressing question for her to answer. I didn’t like her for anything besides a friend. But I didn’t know how to function without her.
She’d know what to do about Omar and Drew, and she’d ask if I’d finished my history essay. She’d remind me about youth group on Wednesday, and she’d assure me I was going to win the cross-country meet on Friday. I’d tell her about my latest crush on Jade Montgomery, and she’d advise me how to ease into Jade’s social calendar without being obvious. Without Holly, I felt isolated, lost.

As much as I hated to admit it, I was lonely without Holly. I missed hanging out at her house after track, and I missed having her and her brother over for dinner when her mom had to work late. Holly and I had trained for track all summer, running earlyearly in the morning before the sun could bake the Kansas landscape into hundred-degree temps and before I had to work at the car wash and she had to strap on her roller skates and waitress at the drive-in. When Holly started dating Greg in mid-July, I’d found a new running partner. I wanted to believe that getting up at five a.m. to train with Ivy Olsen and Lance Higbee was the same, but it wasn’t. I gathered my books for first and second period and slammed my locker. My cell buzzed, causing a tremor of hope to vibrate through my chest. The warning bell rang as I checked the message. 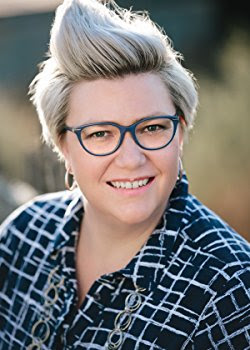