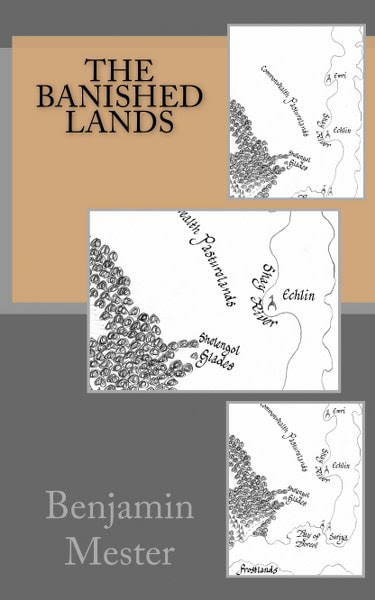 A kingdom in danger. A prophecy that will change everything. But will they understand it in time? The old world is gone, and barely even histories remain. But something from that time is returning. The closing lines of a farewell poem, written centuries ago by the last great king of the age to his slain wife, might be more than just a poem:

The world and all its light shall fade,
I'll stay with her beneath the shade
And wait until the world's remade...

Join us in this epic fantasy adventure as three friends plunge into the great mystery of their age, twelve centuries in the making. A mysterious fog blankets the forest just outside the sleepy town of Suriya. A dark plot unfolds as Durian and his friends discover ties between a strange wanderer and the warlike barbarian kingdom far to the north. Are the mysterious things happening in the forest a prelude to invasion? What happens next will propel Durian and his curious friends into the middle of the oldest riddle in the history of their kingdom, a dozen centuries old.

This book is safe for kids of all ages. If you're looking for something that's written in the traditional style of Lord of the Rings but set at a faster pace, then this book is for you. The Banished Lands introduces you to a brand new world of mystery and intrigue. Combining elements of fantasy romance, coming of age, and the epic struggle of good versus evil, The Banished Lands series will deliver on your expectations. Join us in this fantasy adventure quest in which three ordinary friends find themselves in the middle of extraordinary circumstances.

Durian felt a swell of pride. Though life had taken a hard turn, he had met its course in stride. But what would he find in Thob Forest? An intense feeling of mystery filled him. The townsfolk had spoken of much concerning Thob Forest these past months – of beasts and ghosts, and old things long forgotten.
Durian returned to his main room, to his chair in front of the fire, laying the axe down beside him. As he sat, Durian took a moment to drink in the night – the firelight dancing and casting deep shadows on the recesses of his home. And something rarely felt these past years began to rise in his heart: a longing to live his life to the full and find his true purpose – to do heroic deeds and make his life matter.
He opened his book and began flipping slowly through, perusing stories of the lost House of Cavanah, who according to legend disappeared at the end of the Great War, twelve centuries ago. Suriya belonged to one of the two remaining Houses, the House Forthura, which occupied the southern peninsula of the continent. To the north were the scattered tribes of the Horctura, the barbarians. And to the northwest, over a thousand leagues away was the House of Kester.
Durian turned the pages until coming to the story of the last great king of Cavanah, who reigned until the time of the Great War that ended the Prosperous Age. King Euthor was one of the Builders – those who could mold stone as though clay in their hands, and create new forms of stone with stronger properties – even magical ones. He had wrought great works in the latter days of the Prosperous Age, but had tragically lost his wife, Sheyla, just before the last battle that changed their world, over twelve centuries ago. After her death, he disappeared along with the rest of the House of Cavanah, never to be seen again.
Durian recalled the dream he had had this morning and slowly read the poem before him:


Dismissing hours as they pass
Soft upon the windswept grass.
The hopes of men have come to naught.
Nothing fair for eyes or thought.


For Sheyla lies on golden plain,
Of Cavanah, the fairest slain;
Who met her last and final day
When all was brought to disarray.


The world and all its light shall fade.
I'll stay with her beneath the shade
And wait until the world's remade...


Durian closed the book and laid it down for the night. But something suddenly tugged on the strings of memory and he took the book back up again, not quite sure what he was looking for. But the pages came to rest on a picture he had forgotten about until just now – a simple sketch of a cloaked and featureless figure standing atop a windswept hill. Nothing of his face could be seen, like an other-worldly specter. In his hand was an ornately decorated walking stick with an iron cap, and behind him, dark storm clouds were gathering. Below the picture was a single description: Windbearer. 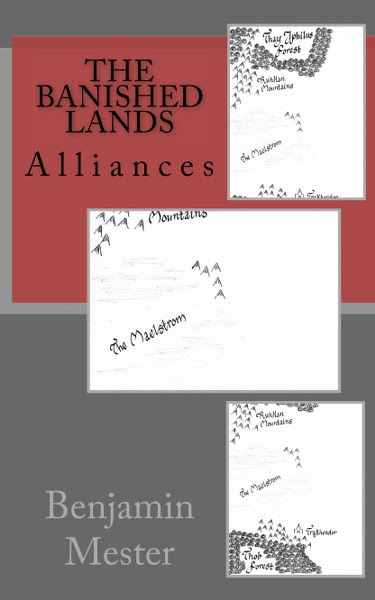 Volume two to the epic Banished Lands saga. Join the continuing adventure as Durian and Pallin make the long trek toward the Banished Lands as Sheabor and the others unveil a startling plan for the survival of the Eastern Realm. But mysterious forces working in the shadows threaten to unravel everything they've accomplished.

Volume two of The Banished Lands has a lot more Fantasy Romance. I believe in writing fantasy books for kids, young adult and adults alike. This book would be rated PG-PG13. This book combines the best of high fantasy, fantasy romance, and coming of age. 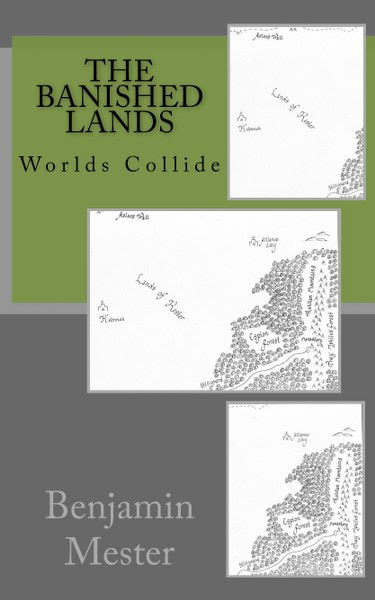 Volume three of the epic saga. The alliance has won a major victory. A breath of fresh air. But things begin to unfold as Sheabor pushes to extend the alliance to Kester and the Bearoc, whose relationship has grown strained. Sheabor's plan may lead to war, not with Corcoran but against the very members he seeks to unite. Find out what happens in this fast paced installment of the Banished Lands series. 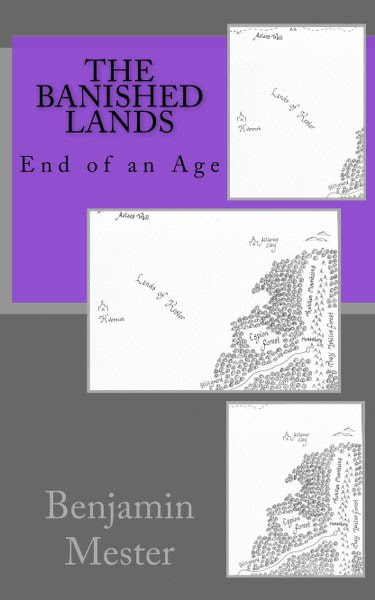 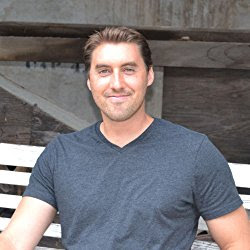 I love writing that inspires. Foundational to the human spirit is the love of a good story. A good story makes you yearn to live your best life, to fight for things worth fighting for, and be swept away in heroic events. I'm not one for shock and awe, but a story that builds slowly, using mystery, suspense and adventure to draw the reader along. I hope you'll check them out! Currently, these books are unrepresented.