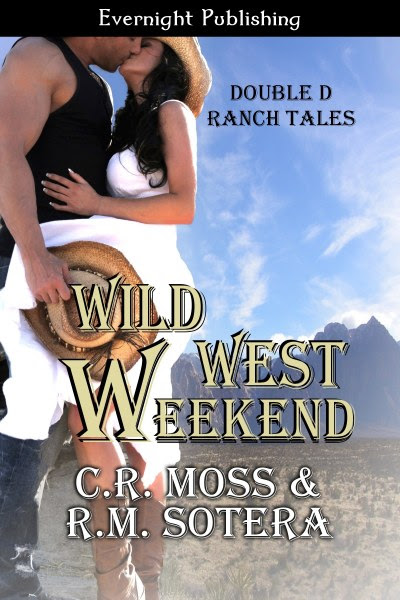 Two people scared to love again. Two others hesitant about commitment. A weekend in Nevada will change all that.

Bristol Ashcombe is swearing off men and taking a vacation with her friend, Cassie. Damon Dougan is packed and ready to leave the ranch for a trip, that is, until a long-legged, sexy woman steps out of a vehicle and he decides to stay. Will one sex filled weekend be enough for either of them?

Cassie Harding travels to the Double D ranch, to meet Bristol and looks forward to seeing her old friend, Dakota. Dak’s excited when Cassie, his former sweetheart, returns. Cassie and Dakota, though they’re heating up ‘the sheets’ in and out of the bedroom, have fears about commitment after years of being single. Will they find it’s better to dance together than apart?

And the trip sure came at the right time. She was in desperate need of a break and the Dougan’s spread was the best place to take it. The ranch had once been a source of pleasure in her life. A place where she felt safe and peaceful, loved even. She looked forward to relaxing, forgetting her troubles for a bit, catching up with her friend.
She sighed. She shouldn’t have lost contact with her childhood friends. Years of flitting from one state to the next trying to find the next best gig as a casino cocktail waitress in her twenties, then learning how to deal and working the pit in her thirties had taken its toll. Her nomadic way of life had consumed her, changed her, made her want to settle down somewhere. No longer was she the timid teen who’d visit the ranch every summer and once dismissed the feelings of the eldest Dougan brother.
Across the drive, a horse’s whinny followed by a loud metallic thud jerked her from her thoughts. In front of the stables, a silver, extend-cab pick-up idled. A man, topped with a black cowboy hat, tossed a large bulky bag into the truck’s bed.
She titled her sunglasses down her nose to get a better look at the cowboy. Tall, built but not burly, she’d place him around six feet tall. His tan hands were pronounced against the long white sleeves of his shirt. Relaxed fitting jeans encompassed long legs but didn’t form-fit around his butt. She wished the denim was tighter so it’d give a better idea of his muscle structure underneath. She’d hate to think the worker had a soft, saggy ass.
The man lifted the hat, wiped his forearm along his forehead. The sun’s afternoon glow highlighted golden streaks in his brown hair, but his arm created shadows on most of his face. She could only make out one prominent cheekbone and strong jaw. He replaced the hat, strolled over to the stable building, and faded into the dark shade of the building.
God, he looks like he has great lips for kissing, a five-o-clock stubbled chin that she could trail her tongue along and tease it with the prickles. She waited on the porch for another glimpse of him. He stepped out of the doorway, face still cast in shadows so she couldn’t get a good look, with a length of rope looped in his hand.


Desire coiled low in her stomach, bunched into a tight ball. She purred quietly to herself. Maybe she’d see about a weekend fling with the ranch hand. A bit of a scratch for my little itch. And wouldn’t it be nice if the ranch hand was actually Dakota? A soft snicker followed the purr. 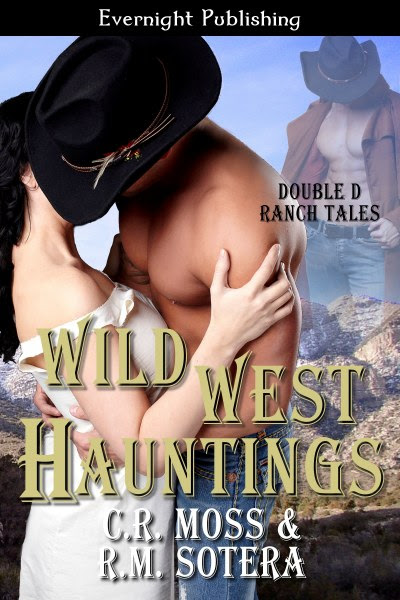 In life and the afterlife, on the Double D Ranch one belief holds true—the power of love changes lives.

With cowboys, ghosts, modern day women, hot dreams, pre-wedding relations and a bit of sexy time travel, life promises to be one wild time on the ranch again.

Rachel Star has met the man of her dreams … literally. Too bad he’s a ghost. When true love crosses boundaries from dreams to reality and across time, the Double D ranch is the place it happens. It takes the love of a man from the past, Dalton Dougan, to bring love full circle in the present for Rachel.

Bristol Ashcombe, soon to be Dougan, is ready to have her baby … and so is a poltergeist. Can the love of a woman for her man and child sustain her during the most horrible of terrors? Can the love between family and friends really dispel the evil haunting them? 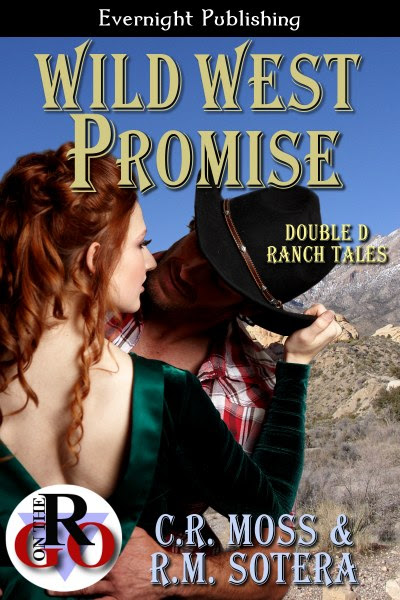 Times are wild on the Double D, and one ranch hand is in for the ride of a lifetime.

Maggie O’Hurley doesn’t know her life is about to change. When visiting the ranch to attend a friend’s bachelorette party, she meets a wrangler named Kent. Her immediate attraction to him revs up her libido, and she plans to do what’s needed to snag the sexy cowboy…including making a decision she never thought she would again.

Kent Samuels hasn’t been with a woman in ages. When a bewitching redhead steps into his path, his world tilts. She’s all he can think of. He doesn’t know if he’s able to give her forever, but he will give her what time he has. Once he does, he knows he can’t let her go.

Past experiences war with ideas for the future, but can the pair make promises they can keep? 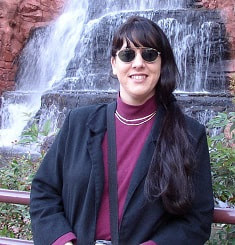 Coming Soon from C.R. Moss and other amazing authors… Get in, get down...and get filthy with these sexy, hardworking, blue-collar heroes who don't mind when things get a little dirty while at work or at play. This collection of 22 brand new stories from USA Today and International Best-Selling authors is full of scorching hot romance tales that will be sure to leave you breathless for more. These men work hard, and play even harder.
Pre-order your copy today!
iBooks https://itunes.apple.com/us/book/down-dirty/id1331942239  | Nook https://www.barnesandnoble.com/w/1127784443 | Kobo https://www.kobo.com/us/en/ebook/down-dirty-10 | Amazon https://www.amazon.com/dp/B07B3X69KL/