Triangle of Hope by Michael Meyer Book Tour and Giveaway :) 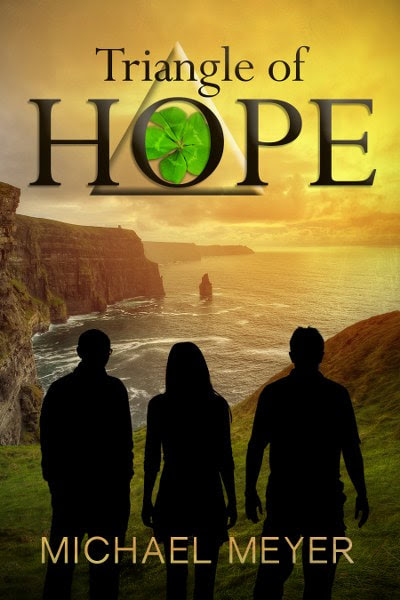 If one person can make a difference, just think what three can do.

Clint Westerly was a success until a fateful choice he makes tears his world all apart. Tanya Wilshire is broke but hell-bent on committing to her mother's final deathbed request. 84-year-old Seamus Harrington needs to right an ancient wrong before time runs out.

Filled with grit and determination, these three people with three different problems, an unlikely trio of unexpected allies, converge in a small Irish town to form a Triangle of Hope against all odds. Together they take a courageous stand that will forever change their world and that around them.

If you love feel-good reads with happy endings, then TRIANGLE OF HOPE is for you. "If an author can make you cry for his characters then want to hug them close and then want to do an Irish Jig with them to celebrate overcoming that much pain then you know you have read a book that will stay with you forever."- Wanda Hartzenberg, Wanda's Amazing Amazon Reviewers

It is a "fantastic read that will pull at your heart." - Lauren Alumbaugh, Goodreads librarian

SEMIFINALIST FOR THE 2015 KINDLE BOOK AWARD IN LITERARY FICTION

Just yesterday, as they sat together in the pub, Clint was heard to say, “We have a very interesting phenomenon here. Three lost souls, who came together to save each other. And we have, each of us, in one way or another.”
“True,” said Seamus Harrington. “Very true at that.”
Clint nodded. “I’d say we are like blood brothers.”
“And sister,” Tanya said.
Seamus set his half-full pint of Guinness on the table. “Kin,” he said. “We’re now like blood kin.”
Tanya nodded her head up and down in agreement. “I like that!”
“But it’s even more than that,” Clint said, “much more. We’re like the trio of five-leaf clovers in the grass of Seamus’ Lookout Cove. We’re bound together now, like an unbreakable triangle, a triangle of hope. It’s simply amazing what we have accomplished together in the short time we have known each other. For ourselves, and for so many others.”
“True, true, ah so true!” replied Seamus Harrington.
The fiddler, sitting nearby, overhearing this, began fiddling Amazing Grace, which brought all talk in the pub to a halt as the amazing tune floated its way from wall to wall, bouncing up and down and all around like a magical wand.


And so it was in the little corner of the world known as the village of Gailemore. 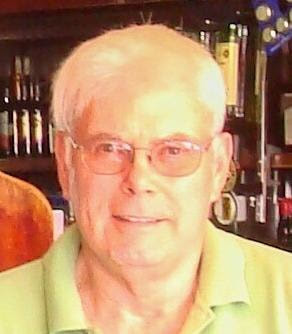 Michael Meyer is the author of mysteries, thrillers, humorous fiction, and non-fiction: Love and romance, laughter and tears, thrills and fears.
He has resided in and has visited many places in the world, all of which have contributed in some way to his own published writing. He has literally traveled throughout the world, on numerous occasions. He has lived in Finland, Germany, Thailand, Saudi Arabia (where COVERT DREAMS - INTERNATIONAL SUSPENSE COLLECTION BOOK ONE - is set), and the U.S. Virgin Islands (where DEADLY EYES - INTERNATIONAL SUSPENSE COLLECTION BOOK TWO - is set). He gained the wanderlust to see the world, to experience other cultures, at an early age, and this desire has never left him. If anything, it has only gained in intensity as he has aged.

Among the many unique things that have happened to him in his world travels, he has walked the streets of Istanbul with a detective, searching for a pickpocket who got him good. He has ridden on the back of a motorcycle in Tehran while the driver, who spoke not one word of English, pointed out all the sights to him. He has wrestled an Iranian soldier who tried to break into his hotel room in Tehran. He has had the paint completely stripped from his car as he drove across Saudi Arabia in a sandstorm. He has stood on the stage of a busy nightclub in Tokyo, singing "She'll be Coming Round the Mountain When She Comes" to an audience feeling no pain from the Sake they were drinking. He has been chased by a family of mongooses (yes, that is the correct spelling) on the idyllic Caribbean island of St. Croix. And that is just the beginning of his long list of worldly adventures.

As a recent retiree from a forty-year career as a professor of writing, he now lives in Southern California wine country with his wife, Kitty, and their two adorable rescue cats.