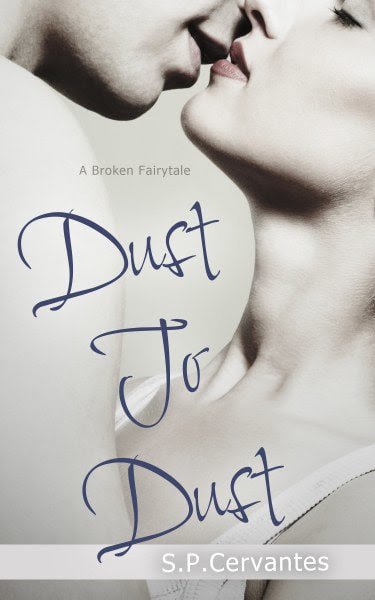 
RECOMMENDED FOR AGES 18 AND UP DUE TO SEXUAL SITUATIONS, STRONG LANGUAGE, AND GRAPHIC VIOLENCE.

If faced with your worst fear, what would you do? Would you run or would you fight?

Camryn Hamilton is a fighter.

A thirty-something mother of two, Camryn appears to have it all: a husband, plenty of money, and children she adores. When she returns home to spend Christmas with her family, her perfect world she has created begins to crumble, thrusting her face to face with the only man who truly knows her.

A powerful, handsome attorney, Holden left town after his adoptive parents’ death. In his time away he almost managed to forget the girl who ran away with his heart. At least until a turn of fate brought him back to Mantoloking, and back to Camryn.

But are they willing to fight for each other?

Faced with a tragic past that they both wanted to forget, they struggle to protect their hearts from being broken again. Will their love be enough to get them through another tragedy, or will they close themselves off and run away again? 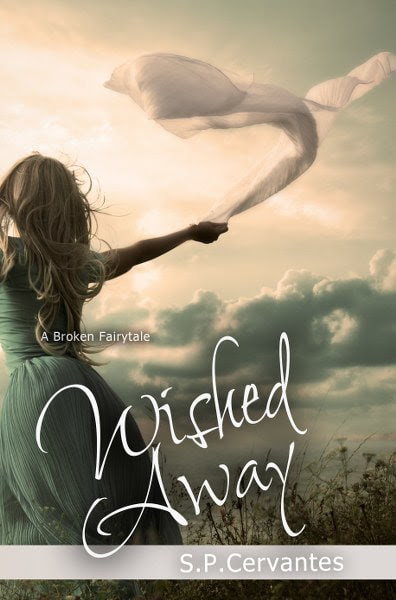 RECOMMENDED FOR AGES 18 AND UP DUE TO SEXUAL SITUATIONS AND STRONG LANGUAGE.

Imagine that you were married to the love of your life and had a happy family. Now imagine everything was destroyed in an instant, making you question who you are and how you can possibly go on once the one person you truly love is gone.
It is a rare thing to find your soul mate, but Jess found true love in Dave when they were only teenagers. They’ve built a happy life together in a small shore town, becoming pillars of the community and making everyone around them envious of the perfect life they have built together. Their love is something that seems like it can only exist in a fairy tale. But what happens when the fairy tale is broken?

Jess has always been the life of the party, and Dave was always there to reel her in and keep her safe. But one night, while on duty as the town Sheriff, the unimaginable happens, altering the directions of their lives forever.
Jess is now forced to dig deep in her soul and find herself again. When love tries to chip away at her frozen over heart, she struggles to fight the guilt of moving on while keeping the memory of her perfect love alive.

This is a story about finding love, having it all taken away, and discovering that moving on doesn’t mean forgetting the past.

***This is the second book of the A Broken Fairy Tale series, but can also be read as a stand alone 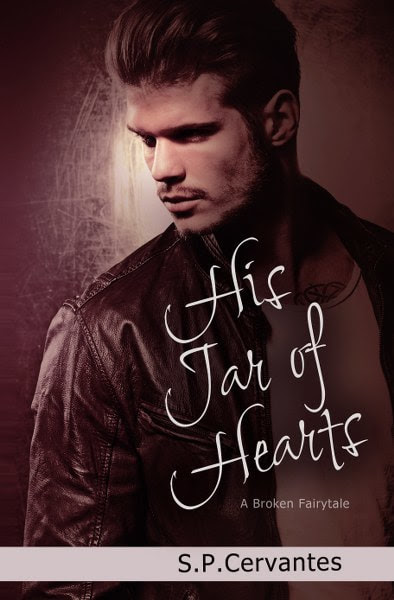 His Jar of Hearts
A Broken Fairy Tale Book 3

Joey McMillian is a man that everyone loves. Women fall at his feet everywhere he goes, and men want to be him. Working at the fire department in the small shore town where he grew up, staying close to the only constant in his life, his best friends, has been all Joey thought he wanted in life. While his friends have all found love and started families, Joey bounces from woman to woman, never opening himself up to the opportunity of loving someone and being truly loved in return.


Kat Pierce is a fiercely independent thirty something who knows Joey’s womanizing ways far too well. When she lands a teaching job and moves into her cousin’s house at the shore, she finds herself with Joey more than she would like. There’s always been an attraction between the two of them, but Kat knows better than to act on her feelings. Her heart has been broken before, and she knows Joey is a one way ticket to having it broken again.
Will Joey and Kat find the love they are looking for?

HIS JAR OF HEARTS is the third book of the A BROKEN FAIRY TALE SERIES.

When the song ends, I move to go sit over on the seats he has set up for us, but he doesn’t let me. “Kat.” He says my name as if it’s the one thing he needs to survive. He turns me back to him and lifts my chin so I have no choice but to be captivated by his intense eyes. He leans down and feathers a kiss on my lips. I want so much more. He pulls back, as if asking for permission. I don’t need to say anything. He can see it. He kisses me again, raking his fingers through my hair, pulling me into his kiss like a swirling black hole of pleasure. If there was ever a kiss that could make me lose it all, this is it. His tongue brushes across my lips, parting them, causing a moan of pleasure to escape when I oblige with need. His hands move down the sides of my body and all I want is for him to touch me everywhere. But I remind myself that I can’t move too fast with him, even though my body wants him everywhere.

I’m dizzy with pleasure, not able to think of anything but how perfect this kiss feels. Although I’ve kissed Joey before, it’s never been like this because I’ve never let myself believe that his kiss means something. Being with Joey could be the one thing that could mend my broken heart. 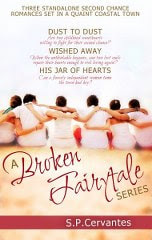 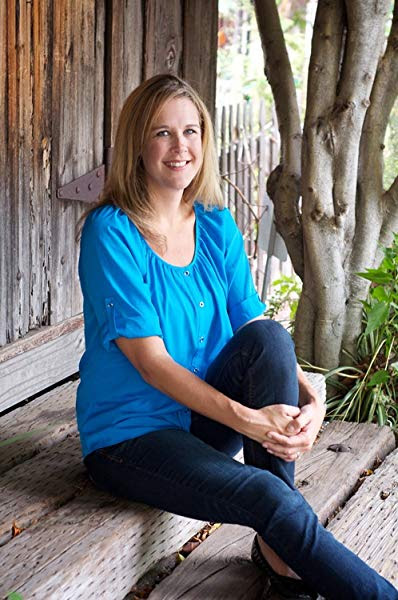 S.P. Cervantes is the author of the acclaimed contemporary romance A BROKEN FAIRY TALE series. The series allows you to connect with a group of friends and their triumphs over tragedy. "Dust to Dust" is a suspenseful stand-alone romance that introduces readers to this close knit group of loyal friends. "Wished Away" is an emotional romance that should be read before the Bad-Boy romance, "His Jar of Hearts". The stand-alone highly acclaimed romance called "The Wife" is now available.

S.P. is also the author of the highly rated Young Adult Romantic Fantasy trilogy Secrets of Shadow Hill. "Always and Forever", "The Prophecy", and "War of Wizards" that has been described as "Twilight Meets Harry Potter". It's not your typical romantic fantasy.

S.P Cervantes lives in Orange County, California with her husband and three children, where she is a teacher. She enjoys spending time with her family, writing, reading, and running, but is always thinking of an idea for her next novel.