Forged in Flood by Dahlia Donovan Book Tour and Giveaway :) 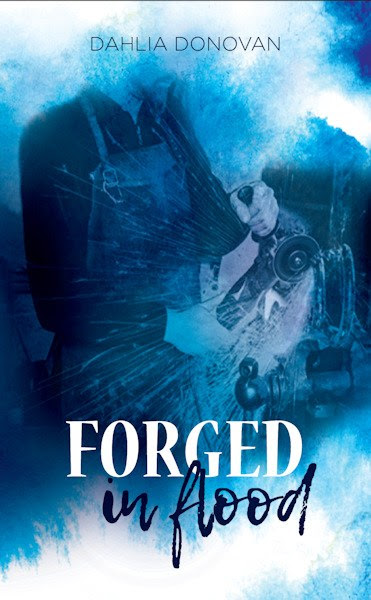 From best-selling author Dahlia Donovan comes a new witty novel between three very different men. With drama, emotional turmoil, and hilarious banter, be prepared to be swept away in Dahlia’s British M/M/M romance.

When one drunken night forever scars three best friends, will they ever find a way to pick up the pieces?

Eaten up with guilt, Ivan Black spends ten years hiding from the world. He retreats to his family forge to wallow in misery. Alone. So lonely his heart aches with it.

Wesley Cook and Rolland Spence have been together since university. They struggle through the physical scars of the accident, building a life in the ruins of their dreams. They find happiness but continue to miss their angry ginger Viking—Ivan.

In all the anger of wasted years, the three men find a way to forge a relationship as hot as the fires in the smithy.

Forged in Flood is a British contemporary M/M/M romance. With heartache, hot men with foul mouths, and plenty of heat, enjoy getting to know Ivan, Wesley, and Roland.

The Blacks of Boscastle had run the forge since before the sixteenth century. All the men and many of the women in his family had been blacksmiths by trade. Ivan had always felt particularly proud to follow in their footsteps. They’d worked through rains, wars, and plagues.
I’m not going to be the first to run over a spot of bad weather.
There was one major downside to everyone in the village having fled—there were no distractions. Ivan had far too much time on his hands to think. His mind went back in time to an event best left untouched. One dismal night, one massive car crash, and three young lives drastically altered forever.
He’d restricted himself to Boscastle and the smithy since then, promising never to take risks ever again. And he hadn’t, not really. His life had become incredibly boring and predictable.
Ivan gritted his teeth and slammed down the hammer in his hand to stave off the onslaught of memories. “Sodding rain.”
As a young man, Ivan and his two best mates had been the pride of their university. Rugby stars in the making; all three had already signed contracts to turn professional upon graduation. The offers hinged on them staying healthy and keeping their heads in the game.
One accident had ruined it for all three of them.
All my fucking fault.
Of the three young men, Ivan had gotten off easiest as far as long-term issues. He’d suffered a severe concussion along with cuts and bruises. The accident left him with memory problems, a short fuse on his temper, and blindingly painful migraines; his balance had also been greatly affected by the damage to his brain.
His mate, Wes, had the injuries that were most visible. His face, hands, and arms had been left covered with scars. He’d also lost the sight in his right eye.
The third of their trio, Rolly, had gone through multiple surgeries on his left leg. Even with the best care, it would never be the same. He’d walk with a limp for the rest of his life.
Three promising sports careers flushed down the toilet by one foolish mistake. Everyone consoled Ivan by reminding him that any of them could’ve been behind the wheel. They’d driven drunk a thousand times before and gotten lucky each time.
Their luck had simply run out. They’d taken their lives (and the lives of anyone else on the road) into their own stupid, drunken hands. The car had flown around a corner on a rain-slicked road and rolled several times before crashing into a tree.
For Ivan, his dreams going up in smoke hadn’t been the worst part. Not a day went by where he didn’t regret losing his best mates. Guilt, more than anything, kept him from trying to breach the gap and contact them.
He’d hidden himself away in Cornwall to avoid ever having to see either man again.
Fucking enough, you fuckwitted moron.
Beating yourself up won’t change anything. 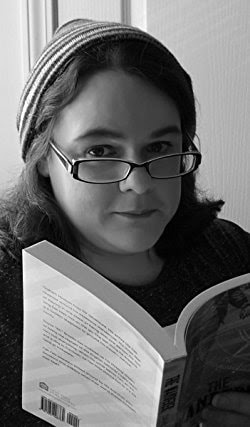