Down Under by Mike Gomes Book Tour and Giveaway :) 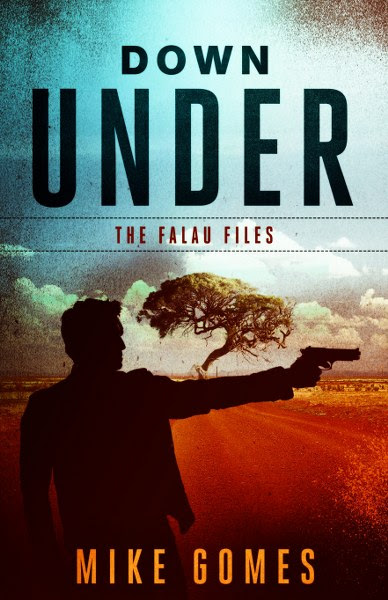 Down Under
The Falau Files Book 6
by Mike Gomes
Genre: Thriller

Some people just need to die.

The banks of Australia are not safe with the "Rock n' Roll Bandits" on the loose. Hitting bank after bank they have amassed a small fortune. Now working with the fearless underground leader with terrorist ties, the Dragon, the sky is the limit. Everything seems to be perfect. Little do they know that "The System" has called on Michael Falau to put an end to their criminal ways. What follows is a fly by the seat of your pants adventure that runs across the south of Australia and throws Falau at the highest risk he has ever had. To infiltrate the group he will have to do things he never thought imaginable. With only his guts and cunning he will have to find a way to bring in the outlaws before they learn who he is and kill him.

From the bestselling author Mike Gomes comes the 6th book in the Falau Files. If you love action packed adventure and some grit in your thrillers then this is the book for you. Pick up your copy of Down Under today!

The white windowless van sat at the corner of Union Street and King Street with the summer heat beating down on it. The casing of metal made the temperature rise inside the van and Newcastle, Australia was showing no signs of clouds to lighten their misery.
A bead of sweat ran down the cheek of the man sitting in the driver's seat of the van as he looked diligently out the front window. The man took a long and slow drag off the cigarette sitting in his fingers and the smoke swirled around his face. The blue eyes were unwavering in their task and the blond hair on his head was a tousled mess, much like the surfer boys out on the beaches all summer. “Come on Marty, just crack the window.” said a voice from the back seat, not getting the blond man to look back at him. “Shut up, Terry. You will have your chance to be on the street soon.” said Marty, taking another drag from the cigarette. “You boys know the deal on this one just like the rest.” “No problem. Just give us the word.” said the man sitting in the passenger seat with gritted teeth and a toothpick between them. “Tommy, you ready for this?” asked Marty “No problem, boss.  Just give me the word.” he said, pulling the slide on his .45 caliber Smith and Wesson handgun before placing it in his belt. “He's a killer if you ask me, Marty.“ said Charlie with a wide grin covering his face. “Ok, boys. Let’s gear up.” said Marty, pulling himself out of the front seat and moving to the back of the van changing into his outfit like the rest. The men wore a coordinated outfit of black shoes, black pants, white shirt, black tie, and black jacket. Pulling the rifles off the wall of the van, the AK-47 was the weapon of choice. The older models were the ones that they could get their hands on due to the strict gun laws in Australia, but the Soviet era assault rifles were more than enough for the job they had at hand. Sliding on the plastic masks that covered the whole head, the members of the team took on the resemblances of the musical group the Beatles.
Marty placed his hand on the door and started his countdown with the face of John looking back at the others. “In three, two, one, GO!” The strong hand gripped down hard on the lever and pulled the door to the side exposing the four men as they took to the street. Marty followed the others to the corner leaving the side of the van open and waiting. Getting to the corner Terry pulled the door to the Midtown National Bank open and let the others funnel in as fast as possible before closing the door behind them and standing guard. “Get the fuck down!” screamed Marty as he fired the AK47 into the air dropping down all the people into the room as well as a shower of plaster from the ceiling. The butt end of Tommy’s AK47 found its mark striking down on the back of the head of the guard that was standing beside the door just as he had each time they had come into the bank previously to learn the positioning of all the players that worked here each day. “Ninety seconds, boys!” yelled out Terry, looking at an oversized watch on his wrist. 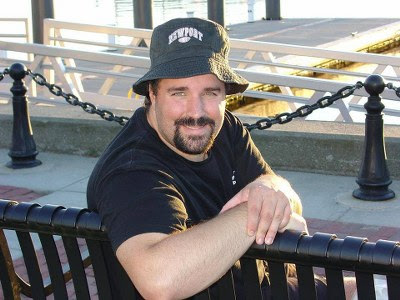 Mike Gomes loves writing fast paced, action packed novels for Adults. The desire to create fun, page turning books that lets readers slip away into another world is what drives him to write. Mike lives with his wife and four children in Massachusetts.