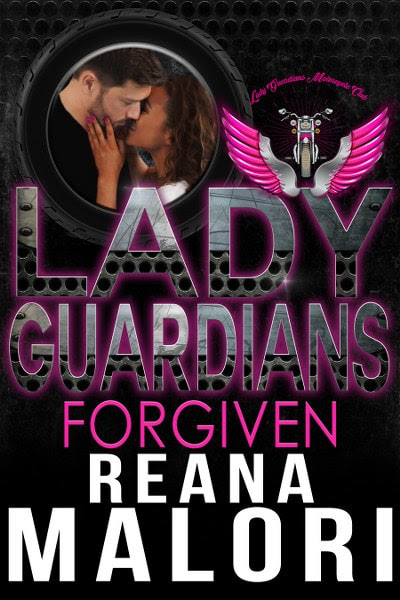 Geneva Powers had experienced one of the worst days of her career.

She played the corporate game every day for the past ten years and enjoyed the life she’d built. Straddling two worlds was never easy, but she’d done just that for many years. During the day, she was a mild-mannered financial guru in a world of suits. But in her free time, away from the clean-cut world of numbers, she was a Lady Guardian. Riding her bike in the open air with the hum of the engine underneath her, was the only time she felt free to be herself. Due to some underhanded dealings at her office, her two worlds were about to collide in a most glorious way.

He was a war veteran, a businessman, and a biker all rolled into one. The night he caught sight of the beautiful woman walking into his favorite bar, all those labels fell to the side. At that moment, he was simply a man. A man who wanted to claim the woman who had a body made for loving. It was only supposed to be one night. Just enough to get her out of his system. That small taste of her wasn’t enough and now he wants more. When danger comes to her doorstep, he knows there’s no one else better to protect Geneva. His need to protect her was too great and he would let nothing come between him and his woman.

“Hey sweetheart,” he returned, stepping through her doorframe. At six feet four inches and wearing his black riding boots, he towered over her five feet seven-inch frame. He grabbed the door, closing and locking it behind him before he turned to her again. “It’s good to see you,” he said, just before leaning his head down to capture her lips in a soft kiss.
The squeak in her voice as she returned his greeting was so embarrassing. She was thirty-one for God’s sake. “Have a seat. Make yourself comfortable. I was about to pull something out for brunch, but I didn’t know what you wanted. Are you hungry?”
“I’m always hungry.” Dropping his black leather bag on the floor, he removed his cut and laid it on the back of her couch.
“That third door on the left has a few hangers in there. You can hang it up there if you want.” Eyeing him hungrily, she licked her lips as she watched him maneuver around her large living room. When she’d purchased this home, her mind had been focused on having enough space for parties with her friends and when her family came to visit. Now that Reed was in the space, she felt that she’d known a man like him would enter her world. He was a large man and someone like him needed space to maneuver.
“Keep looking at me like that and brunch won’t be the only thing I’ll be eating this morning.” His low drawl met her ears and snapped her out of her musings over how well he fit in her home.
Glancing at him, she gave up any pretense that she didn’t want to be underneath him again. At the thought of having his cock inside her again, or his mouth nibbling on her wet pussy, she gave him a seductive smile. “And what if I don’t.”


“You’re playing with fire baby. Don’t start something you’re not willing to finish.” 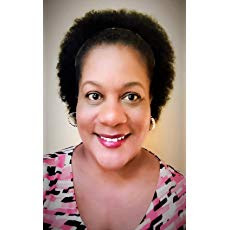 Reana's stories focus on multicultural / interracial romance. A firm believer that LOVE in all its forms should be celebrated, her goal is to weave a story that pulls the reader into her world and share in her universe, even if only for a short time. She currently lives in Virginia with her husband, and has two very handsome sons. You can most often find her enjoying a good book, as she is first and foremost a reader. And she loves a good romance.