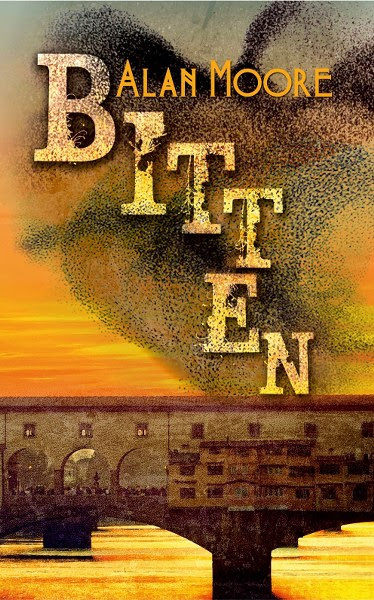 In the not-too-distant future, Italy is in disarray. It has voted to leave the EU in an attempt to regain control of its laws, finances and commerce. Even so, the country's economy is shrinking and its national debt rising. There is a marked escalation, too, in unemployment, bank loans and immigration. Production and service companies are in difficulty. The only thriving business areas are the black market and organised crime. There is discontent and protest on all sides.

In Florence, the local Mafia boss, more accustomed to gunrunning and trading in plutonium, is involved in organising a silent auction for the sale of one of the world's most valuable lost paintings - a sixteenth-century masterpiece, which was appropriated in World War II by Stalin's Trophy Brigade. A British art expert is set to buy the picture on behalf of his client, a South American billionaire - yet surprisingly two Italian undercover intelligence agents, acting as antique dealers, submit the winning bid.

All the while, human beings continue to harm the Earth by destroying land, sea, air, animals and trees. Global climate change, polluting the atmosphere, depleting the ozone layer: these are some of man's crimes against Nature. But time is running out. Nature has lost patience with humans. Unless something is done immediately to reverse the destruction of the ecosystem, Nature will retaliate by deploying the terrifying forces at her command. And as a first step in wreaking her revenge, she instigates a reign of terror by the deadliest creature on Earth.

The march began peacefully enough. As they moved along, some of the young men sang the Italian
National Anthem. Others waved their placards, shouting, ‘Down with the Government’ and ‘Imprison the Tax Evaders’. Among their number was a large noisy group of gesticulating, foul-mouthed hoodies who were exhorting protesters to ‘get their act together’ and ‘beat up the fucking pigs’. When the protesters turned south into the Via dei Calzaiuoli, they found themselves confronted by several lines of
armour-clad policemen. The hoodies shouted abuse and, with the stolen pickaxes and shovels that some
of them had brought with them, started to hack out large cobblestones from the street, which were then
hurled at the police. Many of these missiles hit their targets. They also shattered the windows of some of the prestigious shops in the street, with the result that opportunists began looting the well-known products on display. In response, General Malatesta, who was the officer in charge, gave the order for his men to fire tear gas canisters at the protesters and then batoncharge them. The hoodies met this attack with a barrage of smoke bombs and firecrackers, and those who had pickaxes and shovels whirled them round their heads and brought them smashing down on their opponents’ blue helmets and black shields.
Frightened non-violent protesters, together with innocent bystanders, ran through the side streets to
the Piazza della Signoria. There they were faced with more lines of riot police, who, straightaway, rushed at them and with their batons thwacked their heads, shoulders, backs, midriffs, legs and any other part of their bodies that was accessible.
Law and order was quickly re-established in what Malatesta described as ‘an appropriate manner’. Rioters and genuine protesters alike were individually bludgeoned into submission. Hoodies came in for special attention. Some of them were pinioned against the wall of the Palazzo Vecchio and viciously jabbed in the groin with baton ends, as the police involved shouted, ‘Siamo fottutamente maiali, siamo noi? (We're fucking pigs, are we?)’ Others who had been the ringleaders of the riot were dealt with in a particularly harsh manner, being repeatedly beaten, punched and kicked and then thrown semiconscious into police vans.
When this uneven conflict ended and the hoodies had been taken to Police Headquarters, the Piazza
della Signoria and the Via Calzaiuoli were littered with bleeding, crumpled people, whose only aim had been to protest peacefully. Their spirits broken, their cries of dissent silenced, these unfortunates had one resolution in common: not to take part in any more protest marches. Apart from the sound of their
groans and muted whimpers, an eerie stillness descended on the historic centre of Florence.
Then suddenly, seemingly from nowhere, a cloud of mosquitoes pounced, not just on the injured people on the ground, but also on the passers-by and curious onlookers, the ambulance men and women who were trying to help and comfort the distressed, and the remaining riot police who were still making
arrests. The speed of the attack was alarming. In the space of a few minutes, insects in their tens of
thousands latched onto people, who were already traumatised by the protest march. There was much
flailing of arms and cries of ‘Vattene da me! [Get away from me!]’


When they had sucked their fill of blood, the mosquitoes vanished just as quickly as they had arrived. 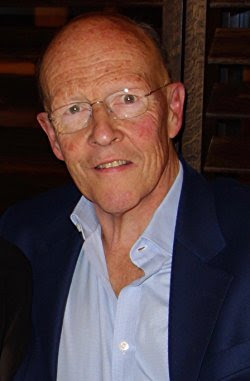 Born in Surbiton, Surrey in 1944, Alan Moore lives in Barnes with his wife, Amber. They have two daughters and a son, who between them have two boys and two girls. Alan was educated at Oundle School in Northamptonshire and at London University, where, as an external student, he obtained a BA degree in English. Thereafter, for 25 years, he single-handedly ran his own book publishing company, which at one stage was producing up to twenty new titles a year. He is now 74, and so far as self-publishing his first book is concerned, he is something of a late bloomer. Alan collects books and classical LP records. He plays the piano and sketches.