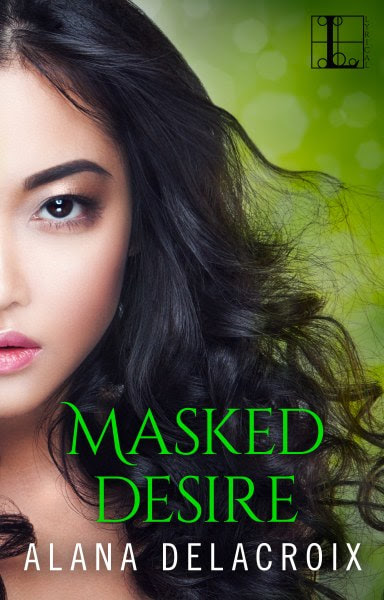 A Perfect Disguise
As security chief of the supernaturals’ ruling council, Michaela Chui has seen more than her fair share of disaster. For centuries, she’s survived through caution and strategy. But when the only human councilor is viciously murdered, Michaela knows the coincidences that keep blocking her investigation are a sure sign of bad things to come. She needs answers fast. And her only ally is Cormac Redoak: wild, unpredictable, unreliable—and worse, distractingly attractive.

A Hidden Truth
An exile from the court of the Fairy Queen, Cormac has all the experience with careful strategy and veiled intentions he can stand. But he also has the fey talent for getting his way, and he’s sure his way lies with Michaela’s. No matter that she can change her lovely face at will; there’s a clarity to her being that he’d know anywhere. Working with her will be temptation and frustration bound together. Somehow, though, he must convince her to trust him—without revealing the secrets he dares never share . . .

Michaela locked the car door and was checking the handle when a soft, low growl came from behind her.
“Councilor. You’re here early.”
Not now. It was too early in the morning. She steeled herself to face Cormac Redoak, exiled fey, special ambassador to the Pharos Council, and world-class pain. “Ambassador,” she said briskly, heaving her bag over her shoulder.
“May I take that for you?” Even after centuries away from the fey homeland, he still had a bit of an accent, almost but not quite Irish.
“No.” She walked towards the door. Although they had known each other for decades, she’d had few conversations with him, and in fact tended to avoid him. Not because of the wild rumors that surrounded his exile from the fey court or because she’d been on the receiving end of more than one of his inquisitions when she’d objected to his schemes. He was too erratic for her. Wild. Unstable. Even his eyes refused to stay a single color. Right now they were a light jade but could easily change to gray or brown depending on his mood.
This criticism was grossly hypocritical coming from a masquerada and she knew it. Her eyes, like the rest of her, could be transformed in a breath to become part of any masque she chose. That was the point, though. While Cormac was at the mercy of his emotions, she needed to keep perfect control at all times. Failure—if her masque slipped and humans witnessed a shift—would result in a breach of the Law. Worse, she could lose her natural self in a sea of other personalities: the dreaded convergence. Cormac said what he wanted, did what he wanted, and damned the consequences. The ambassador was not a man who accepted limits to his desires and it made her wary.
“I want to speak about our discussion the other day,” he said. She didn’t bother to look at him. “By discussion you mean when you attempted, and failed, to humiliate me in front of half the Council?”
He made an airy details, details gesture. “I asked for a simple clarification.”
“About a subject you had no business with and at a meeting to which you were not invited.” She reached out to pull the door open but he moved in front of her with the fluid grace typical of the fey. For a moment she breathed in his unique pine scent—the one thing she enjoyed about him. Then she silently brushed by with a nod of thanks, mind already on the day’s agenda. She had about ten minutes before she was due to meet Madden, enough time for a few emails and to re-check her calendar.
“I assumed my invitation was lost. Luckily Hiro told me about it.”
She kept walking. “Which he also had no business doing. We have meeting procedures for a reason.”
“Procedures are for the masses.” He paused when they reached her office door. “Look, Michaela, my point remains valid.”
Michaela opened the door. “As I said before—” Her voice trailed off as she flicked on the light. “Good God.”
Cormac peered in, then tried to block the door. “You don’t want to see this.”
Did the man not remember she was the Pharos security chief? She shoved him aside. “That’s Hiro. In my office.”


Cormac stood beside her, his cool skin brushing her hand. “It was Hiro,” he corrected. “It’s not anymore.” 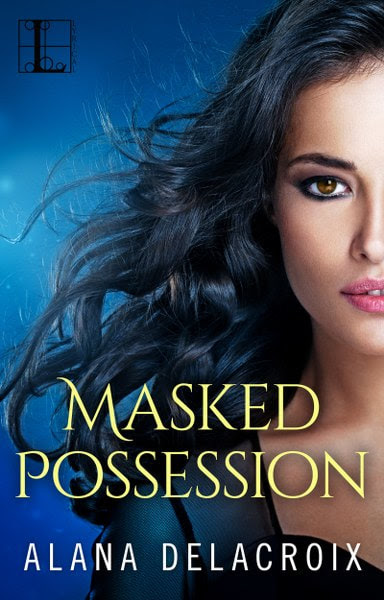 A Man Who Can Wear Any Face
Caro Yeats doesn’t run from much. As a former investigative reporter now working PR for Toronto’s supernaturals, what she hasn’t seen mostly isn’t worth seeing. But the assignment to “rebrand” Eric Kelton’s out-of-control alter egos has her on edge from the start. Kelton is the heirarch of the Masquerada, beings able to change their face—their entire persona—on a whim. Eric’s charisma muddles her instincts. How can she trust a man who can become anybody?

A Woman Without A Past
Eric has never met anyone like Caro, with her lightning wit and uncanny insight. But desirable as she is, he’d be a fool to let her near. Struggling to hide the sudden loss of his powers, Eric can’t risk becoming entangled with a woman who scorns her supernatural side and claims not to play politics. The enemies on her trail are strong, clever, and vicious. And when they force Eric and Caro together, the fallout could shatter far more than two hearts . . . 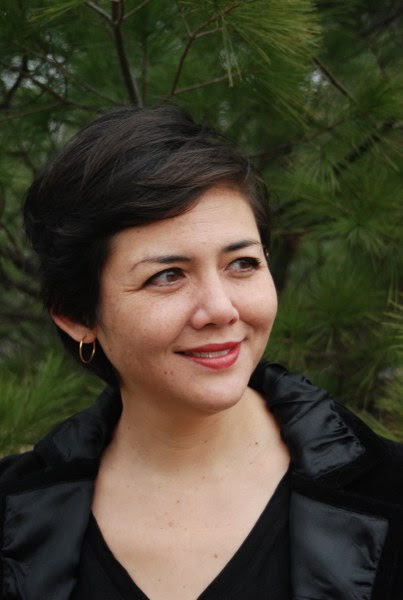 Alana Delacroix lives in a little house filled with books in Toronto, Canada. She loves exploring the city, on the hunt for both the perfect coffeeshop as well as ideal locations to set her paranormal romances. A member of RWA, Alana worked as an archaeologist before forging a slightly more stable career in corporate communications.
Website * Twitter * Facebook * Amazon * Goodreads