Bridge of the Gods - A Generation Son Chronicle by C.J. Rose Book Tour and Giveaway :) 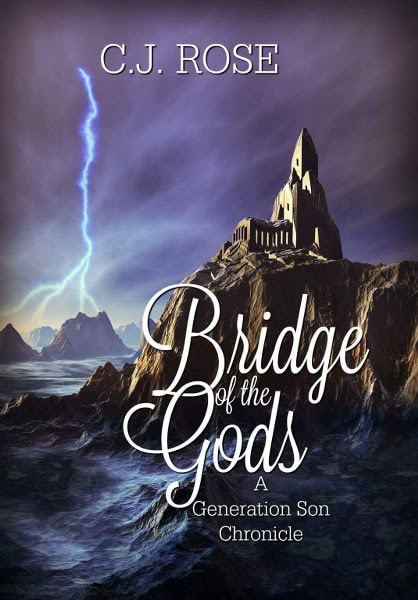 Bridge of the Gods
A Generation Son Chronicle
by C.J. Rose
Genre: Fantasy

Luthor McAlester is a teenage boy living in San Diego, California. His father died when he was a child. Leaving him to become man of the house, living with his mother and younger sister. On his 18th birthday he discovers a power that has been held dormant until now. He is unsure what to do with it in the absence of this father’s guidance. His best friend Gwen, who claims to be oblivious, knows more than she is telling. Can Luther figure out how to use his power and help the Gods like they ask with just the help of his best friend? Or will the lack of guidance from his father prove to be more than young Luthor can handle?

“Has he taught you nothing?” she asks.
I can’t answer her, not out of fear, but out of awe. For someone so small, she held herself with strength.
“Are you hard of hearing as well?” she asks.
I still cannot answer her. There is no wind, but her chestnut brown hair floats in the air. Her eyes match the color of her hair, and her lips the shade of a red rose. She comes just under my chin and wore a simple cream dress with a gold ribbon sash.
“Turn.” She says.
As I turn she steps up to the pit and slowly raises her hands. As she does, the flames grow just enough to light the area around us. With a slight childish giggle, she is gone.
“Quite fascinating for someone so small is she not?” He asks.
Aphrodite just gives a snuff of her nose in a sound of disagreement.
“Who is that?” I ask.
“You, my dear, have just met Hestia.” Aphrodite proclaims. “She can be such a show off sometimes.” 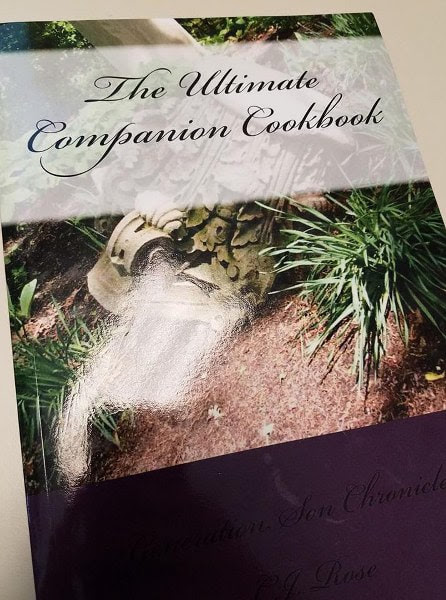 Let your taste buds come along on a ride through some of the most classic to the old world recipes. These recipes follow the character of the Generation Son Chronicles series as well as some of the favorites from the people involved with the books.

What is something unique/quirky about you?
I like weird smells like cigars and gasoline. I also have a hard time being around other people with a Type A personality.

What are some of your pet peeves?
People who don’t message back. Another big one is someone who can’t clean up after themselves.

Where were you born/grew up at?
I was born in a town just south of Chicago called Blue Island.

If you knew you'd die tomorrow, how would you spend your last day?
Trying to catch up on every show imaginable while veggies with as many snacks as possible, lying next to someone special.

What are you passionate about these days?
Wanting to grow as a person. Wanting to better myself. Gaining ground with my series.

What do you do to unwind and relax?
Watch DC and Marvel tv shows lol

When did you first consider yourself a writer?
In high school I used to write song lyrics and poetry so I would have to say then.

Do you have a favorite movie?
Scarface

Which of your novels can you imagine made into a movie?
Uh… All of them lol 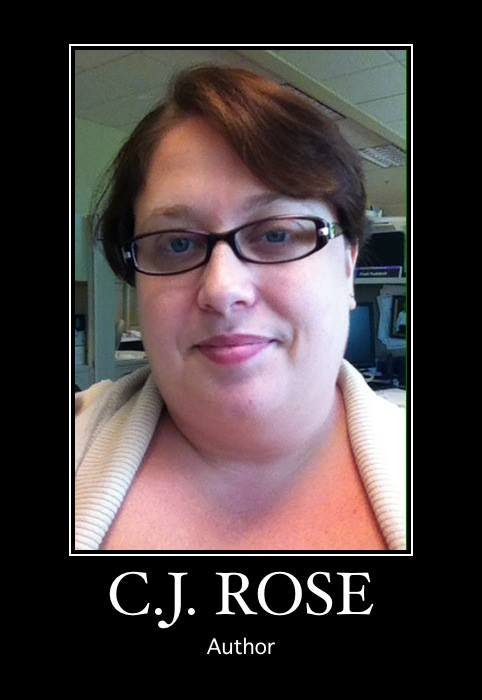 C. J. Rose lives in Central Illinois. Originally from just south of Chicago, Rose is not married and has no children. The passion for writing took root in high school where she began writing song lyrics and poetry. On top of literature, Rose has a keen love for all things nerdy and sci-fi. On a quiet night, you can find her curled up with an episode or Doctor Who, Arrow, Firefly, and more. C. J. also belongs to a theatre organization located in her town. The devotion to musicals and theatre has led her to be a part of over 10 shows as an actress, and over 20 as a staff person. Lastly, because she wasn't busy enough, C. J. has her own bow company where she sells hair bows, bowties, scarves, lip balms, key fobs and more.


When it comes to her writing, it was an itch that needed to be scratched. While working on a cookbook, and reading her typical fantasy fiction novel, the idea came to her. She took the love of all the books she has read and turned then into a novel of her own. Published by Burning Horse Media in 2014, Generation Son: Bridge of the Gods was born. Selling over 100 copies in the first month. In 2015, Rose finished penning the second novel in the series; To Rescue a King. Being new to the game, Rose has struggled to do most of it on her own. One thing she vows, is to never give up.

The focus of the novel series is to not only bring her fantasy and ideas to life, but take those stories and make them a fun learning experience for the younger generation.

Week 2:
The Word Challenge- Game starts May 6th and the deadline is May 12th at midnight. The first one to email all the correct items to generationsonbog@yahoo.com will win the next surprise.
Rules-Purchase the digital copy of Book 1-Bridge of the Gods on Amazon. http://amzn.to/2jR5rFj (You must send a screen shot of your receipt) Tell me what page the phrase “Quite fascinating for someone so small is she not?”

Week 3:
Scavenger Hunt- You must take a screenshot of each item and send in together. Game starts May 13th and the deadline is May 19th at midnight. The first one to email all the correct items to generationsonbog@yahoo.com will win the next surprise.
Rules:
Go to my blog. http://bit.ly/2D1msW4 -Find the Easter Special Edition Author of the Month.
Sign up for the newsletter. Tell me what the recipe is for the May Newsletter.
Like the Facebook page. https://www.facebook.com/GenerationSon/ -Find the picture of the three Goddesses of Springtime Growth.
Follow me on Twitter. @generationson - Tell me what event I was at on April 21st 2018.
Follow me on Instagram. Find the picture of 2 little girls holding book 1. https://www.instagram.com/generationson/

Week 4:
The Recipe Challenge- Game starts May 20th and the deadline is May 26th at midnight. The first one to email all the correct items to generationsonbog@yahoo.com will win their recipe in the cookbook’s next edition.
Rules-Purchase the Ultimate Companion Cookbook (digital) on Amazon. http://amzn.to/2zJSvHj (You must send a screen shot of your receipt) Tell me what page the recipe for Hestia’s Fire Pit Stew is on, then send me your favorite recipe.