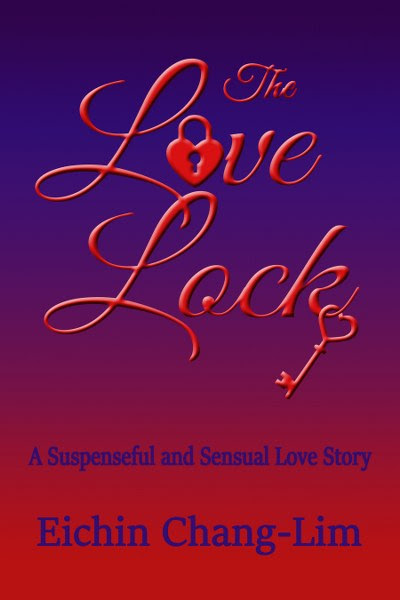 A Suspenseful and Sensual Love Story...

From award-winning author, Eichin Chang-Lim, comes a love story that will grip you from beginning to end.

Life changes on a dime. Few understand this painful truth quite like Violet and Dylan, former college sweethearts united by their troubled childhoods.

When a gut-wrenching tragedy strikes in their adult years, they're torn apart—their relationship unable to survive the blow. Though they go their separate ways, they remain connected by a meaningful token: a locket, which Dylan bestows upon Violet on a blissful day by a gorgeous beach in Coronado, California—to which he holds the key.

This lovelock remains to be their only connection as they struggle to rebuild their lives. Violet, an aspiring actress, grapples with mental illness and ends up stripping for a living. In the meantime, Dylan faces his own challenges while trying to manage his past trauma with an unknown future. They each venture down their own dark path laced with drugs and manipulative, taxing characters. All the while, neither can shake off their longing for the love they once shared and endeared.

In spite of life's impediments, can they heal their past and find happiness alone, or together?

“Hey, Cheetos,” said Dylan, calling her by the nickname that always made her toes curl. “Let’s get the hell out of Dodge for the day.” He lounged against her dorm room doorframe in his carefree way, a roguish grin on his face.
“I’m there,” she replied without hesitation. Somehow Dylan always brought out her spontaneous side in a way no one else could. She loved feeling so liberated. He was her sense of time, her compass. Moreover, the best part? She didn’t even worry about time or direction with him. They existed outside the realm of structure.
Soon they were on the highway, blasting Californication from Dylan’s ancient car radio. With that,
they traveled down the 5 Freeway South. Mission Bay Park sprawled before them, with the vision of vivid green grass and the rippling blue waves punctuated by palm trees.
Then, the breathtaking view from Del Coronado Bridge. From high above the bay, Violet noted the strange contrast of navy warships and the lackadaisical sailboats that floated
by with no agenda.
How strange that this bridge to their blue sanctuary was also an instrument of destruction as the third deadliest suicide bridge in the United States, seventh in the world.
Violet reminded herself.
Why am I even thinking about this, she thought, imperceptibly shaking her head. Her mind always managed to locate the darker shade, even in the midst of something overwhelmingly beautiful.
She forgot her thoughts after they crossed. Dylan released his right hand from the wheel and laced his fingers through hers.
Violet thought she knew where they were headed: The Hotel del Coronado! They’d only been there a few times, but each time had been special. Soon, the signature threetiered, red-pointed roof came into view, piercing the placid sky. Violet had a feeling Dylan would whisk her to their favorite spot.
She loved the old-world elegance of the hotel, not to mention its impressive Tinsel town history. Clark Gable, Charlie Chaplin, Mae West… they’d all stayed there. It’s easy to see why: the beach is enchanting, with baby powder-white sand and splendid views.
Getting out of the car, they blinked in the blinding May sun. The boardwalk was swarming with tourists as usual. Violet kicked off her flip-flops before they walked through the expanse of white sand, hand in hand. The wind tousled her hair affectionately.
Finally, they came upon a patch of shoreline that was less dense with people. It was then, when she lay down in the sand, Violet could focus on the perfection around her. The blue sky framed with the scene before her calmed Violet’s soul. Then Dylan removed his hoodie (revealing strong arms) and extracted the box from his pocket.
He held it out to Violet. “Go on, open it,” he urged.
“You shouldn’t have,” she said in her best southern drawl. Nevertheless, when she opened the black box, there was no joking. Sitting within it was a silver chain with a heart-shaped lock. Beside it was a key, about half the size of her pinky finger, hanging from another chain.
“Wow,” Violet said. Then she noticed something on the key. “Is there an engraving on this?” She answered her own question, “‘One heart.’ This one is your half, isn’t it?”
“Look at the locket,” Dylan replied.
“‘One love,’” Violet read aloud, running her finger over the engraving. “This is beautiful.” She grinned
mischievously at him. “I’ve never seen you do something so cheesy, but I’m glad you did.”
Dylan laughed. “You make me do cheesy things, Cheetos.” He leaned in, draped the necklace around her neck, giving her a kiss before fastening it. The heart lock nestled comfortably in the dip of her collarbone. Dylan donned his own necklace, which hung low enough that it could easily be concealed by his T-shirt. She circled her arms around his neck.
“So you have the key to my heart,” Violet whispered into his ears.
“Literally, now.” Dylan grinned.
“In every sense.”
“And,” In his quickened heartbeats, Dylan responded, “I hope I always do.”
“Always.” Their lips met and lingered. His mouth slowly traveled downwards.
She wanted more. 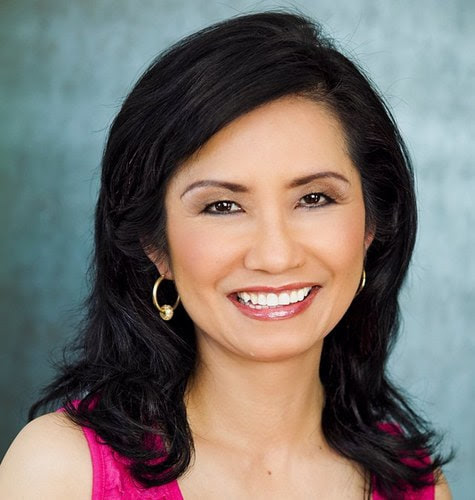 Eichin Chang Lim is a writer of inspiration and romantic fiction. She has also released a memoir / self-help book for special needs parents. In real life, she is an Optometrist, Actress, Wife and  Mother to Theodore, and Victoria. They live in Orange County where she runs a private practice with her husband.

Eichin is passionate about writing and enjoys listening to classical music and opera. 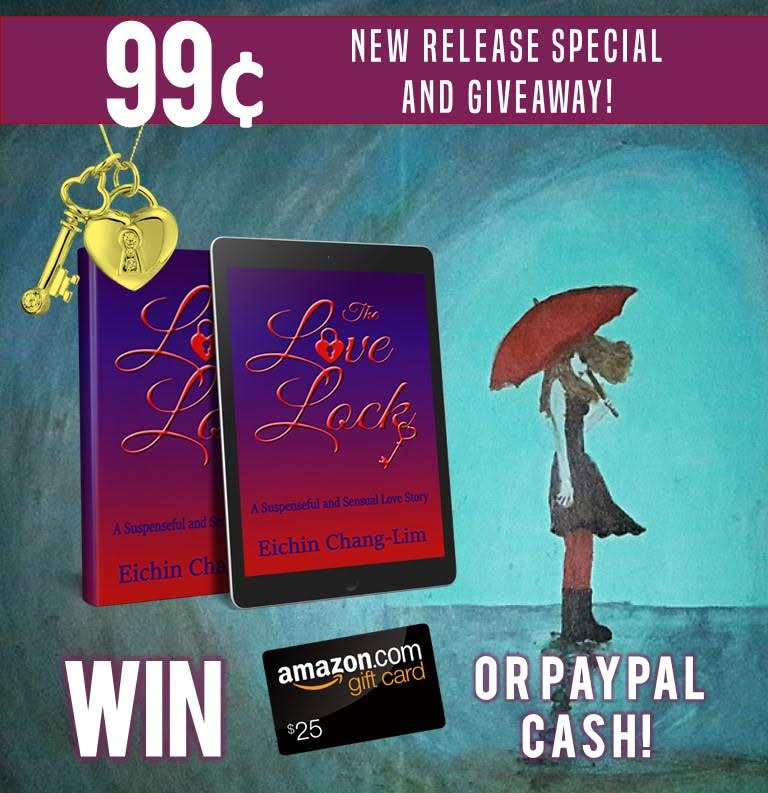