Redeeming the Pirate - A Pirates and Petticoats Novel by Chloe Flowers Book Tour and Giveaway :) 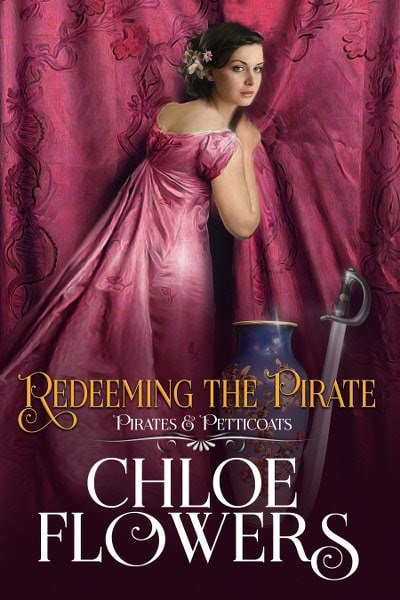 He will heal her heart.She will steal his.


French Privateer, Captain Drago Gamponetti is given one final mission from his employer, the king of France: reclaim religious relics from a New Orleans cathedral and bring them back. Trouble begins when he's forced by a mysterious, veiled, novitiate nun to swear on the Bible to protect the very items he was instructed to steal.
Worse, 60 British warships have amassed in Negril Bay, Jamaica, preparing to attack New Orleans. He must retrieve the sacred relics before the British arrive and seize the city.
Novitiate nun and healer, Eva Trudeau has secrets, and hides more than her face behind the veil. The convent has been her safe haven since she crawled, beaten and bloody, to its door nine years ago. When an old enemy re-surfaces and threatens to drag her back into the dark underworld from where she’d escaped, both she and her dark pirate captain stand to lose everything they’ve fought so hard to protect...including each other.
Either commit treason or betray the woman he secretly loves. Betraying one sends him to the guillotine, the other straight to hell.
This series is about spirited, independent women and rakish bad boy pirates, wrapped up in women's action and adventure sea stories. If you enjoy romantic action and adventure, action and action and adventure romance fiction, historical romance or women's fiction, you'll love the Pirates & Petticoats series.
Goodreads * Amazon 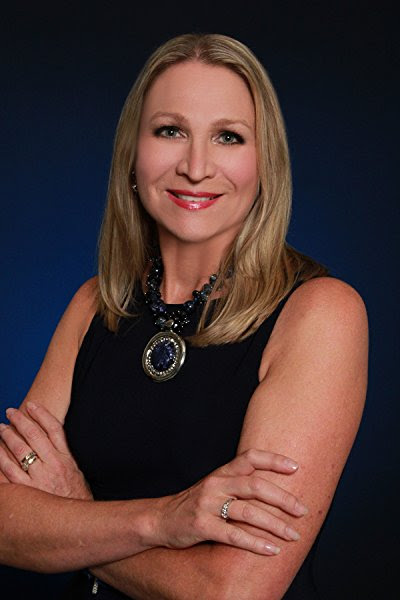 ~Award-Winning Author~ Chloe Flowers writes historical women’s action and adventure romance novels about scoundrels, pirates, and spunky, independent heroines. She likes to challenge her characters by tossing them the middle of actual historical events, or with real historical characters.

Chloe is a member of the Romance Writers of America, Northeast Ohio Romance Writers and The Beau Monde Romance Writers group, where she serves as secretary. In 2011, she formed the Sunshine Critique Group so that she and other aspiring authors could motivate and challenge each other to become better writers. Six members have been published. She has given workshops and presentations on creating a critique group, how to provide effective critiques, story structure, and self-publishing lessons to writers groups, library patrons and children. In 2014, she started her own small publishing company, Flowers & Fullerton. Currently, she’s the publisher of record for authors Sheridan Jeane, H.O. Knight as well as herself.


Whether it’s dancing naked in a downpour at 3AM, zip-lining in a rainforest, or racing ponies, Chloe’s always looking for the next adventure. Her pets have always been named after favorite characters or action heroes: Indiana, Luke, Gimli, Thelma, Rocket, Forrest, Al Giordino, Severus, Mushu, Mérida, Gibbs, Jack…Dead Pool (he’s a goldfish).


Chloe’s biggest fault is her apparent inability to say “no” whether it’s in response to a call for aid or a double-dog-dare to hike home through 30 acres of a snow-covered forest at midnight…during a full moon. It was early morning during said adventure when she came upon a group of sheriff’s deputies searching for a lost girl. So, of course she offered to help. Turns out, they were searching for her.


In addition to her addiction to adrenaline, she has a weakness for good red wine, dark chocolate and brown-eyed guys with beards, which is probably why she digs pirates and treasure hunters and writes about action and adventure, pirates and romance (which is the greatest adventure of all).