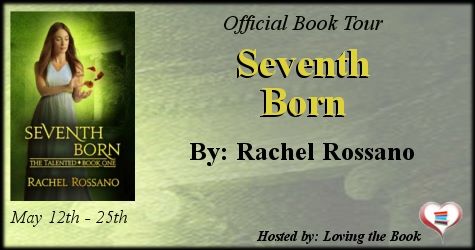 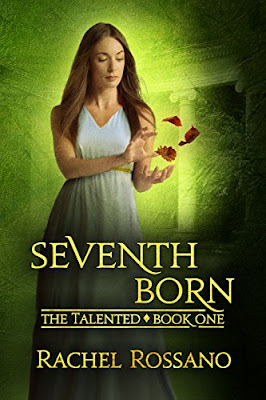 I was the disappointment. On the day of my birth, my mother cried for I was not a son. The son they hoped, prayed, and sacrificed for, the seventh son who would become the Sept Son. He would have taken the highest position under the High King and restored the glory of the Ilars. I knew the story as if I had been there from before my conception. Father retold he tale of my family it every year on the anniversary of my birth.
I resolved this year would be different. The shame, the disgrace, and the pain in my father’s eyes might fade if I proved useful. A woman of marriageable age could advance the family by way of a profitable match. Marriage, the only way for a woman could please the goddess. I cringed.
Glancing around the tablium, the living area of the main house, I found myself alone, which was just as well. Mother lectured a servant in the next room. My father and most of my brothers had long since scattered about the house and grounds pursuing their own interests. I was supposed to be practicing my music, but I couldn’t keep my mind on my task.
Outside the open glass doors of our main house, the depths of gardens beckoned. I harkened their call. Behind me, two of my six brothers argued loudly over who would take first in the foot race tomorrow. As their voices rose the call of the quiet appealed to me all the more. Finally I could resist no longer. Slipping through the doors, I reached the first turn of the path before they noticed my departure.
Heavy blossoms of deep red and orange bobbed in the breeze as if ushering me into the cool depths of the gardens. The broad, deep green leaves of the organza ferns reached out to brush my face and hair, tracing dew trails over my clothing. I slipped deeper into the wild heart of the garden, down where the tamed groves gave way to the chaos of nature. The border was unmanned, but clearly marked by a vast bramble of brandleberry bushes. Unfortunately, their crimson fruit reminded me of my neglected duties.
It was a year of six, an extra day of feasting and dancing to celebrate the goddess and her bounty to us. Only here, deep in the gardens, I could find peace from the bustle of preparation for the week ahead. Why did it have to be a long year this year, the annum of my presentation? I hated that I was born on the first day of the high week. It brought extra attention when all I wished to do was hide.
“Child, curb your thoughts.”
I jumped at the sudden voice, rough and raspy. Turning around in my small haven, I beheld the strangest sight. A short man, only slightly above my height, stood in the midst of the brandleberries. Red hair stood out in a riot of frizz about his balding brown head. I say brown for his face was deeper than the sun-bronzed skin of my father and brothers.
“I sensed your thoughts jumbling about. They made my insides twist about half a mile away. Whatever could be wrong to cause such distress?” he asked, his strange green eyes assessing my face.
“You heard my thoughts?” I asked. I was stunned. Being a female, I was not to have the ability to project and the situation he was describing was a strong projection. None of my brothers could send that distance.
“Not coherently, or I wouldn’t be asking you these questions, girl. You obviously have no training. Without training, all I could pick up were your emotions and snatches of ideas. Now tell me, what is getting you into such a state?”
I regarded him in silence. He was a perfect stranger. I was not about to dump all my trials and woes upon him, no matter how he demanded it.
“But we are not introduced,” I protested finally. “I am not allowed to speak to men to whom I have not been introduced.”
The man scoffed. “You are talking to me already, girl. It is a little late to start pulling proper behavior on me now.” Despite his scorn, he waded through the bushes as though they had no briars. Gaining the cleared ground, he brushed off his rough linen robes and executed a precise bow. “Errol Silas at you service, Donellea. May I inquire as to your name?”
“Zezilia Ilar.” I curtseyed as I ought.
His eyes widened suddenly. “Ah, that explains it.”
My stomach sank. Now he would go on about how sad it was that I wasn’t born a male. All of father’s friends did, as if I didn’t wish reality to be different every day. Sure, my family didn’t mention it daily, but I would see it frequently enough in their expressions.
“You are Ostin Ilar’s daughter.” His strange gaze seemed to bore into my eyes. “Has anyone else heard your thoughts before, Donellea Ilar? Your brothers or parents?”
I frowned. “No, Master Silas, I am a female and incapable of projecting.”
At this he laughed. “You incapable? Ha. I have never encountered so much raw projecting talent in anyone. No, just a minute,” he said, raising a rough hand. “I have encountered one.” He looked at me as if considering whether or not I needed a haircut or a certain piece of clothing would suit me. “Yes, it is possible. Given time.” Then suddenly he grinned, giving me a fantastic view of strong, white teeth. “You are going to be my new pupil.”