California Can Wait by Marci Boudreaux Book Tour and Giveaway :) 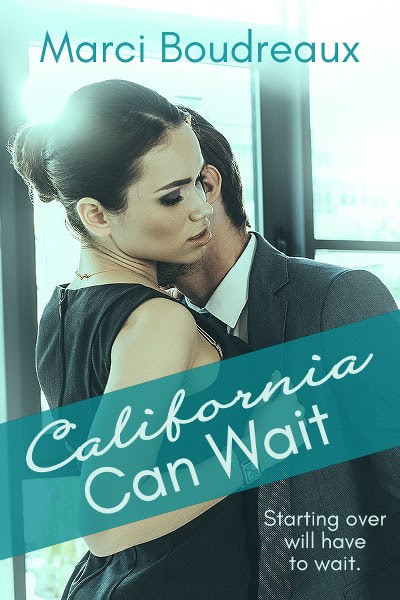 Reporter Andrea Davidson isn't running from her mistakes. There's no escaping the career-ending mess she fell into back home. But she is moving forward, and is halfway to a new life in California when someone breaks into her motel room. She's lost her computer and her dignity, but that's only the beginning of her newest problem: local news editor Graham Bradley.


Graham Bradley doesn't know a thing about the newspaper business. A widow with a promise to keep, he's got more than just his own personal welfare riding on this small-town paper. The last thing he needs is a pushy woman with a secret in her past and a vicious red pen throwing all his mistakes and insecurities front and center on his desk. Faced with an impossible choice, Graham hires Andi, but hopes she's not just the last-and maybe worst-in a long line of bad decisions. Saving the small-town Gazette is the second chance both Andi and Graham need.

But with bill collectors calling, Andi's past catching up fast, and the chemistry between them making work next to impossible, will Andi and Graham get the second chance they both desperately need? Or will their demise be the next big headline?

He glanced through the window to where Donna was sitting at her desk before leveling his gaze at Andi. Even though the woman was on the other side of the building, he lowered his voice. “Are you in some kind of trouble?”
Andi forced a laugh, an obvious attempt to dismiss his question, but her fake giggle only made him more suspicious. “Of course not.”
“Really? Because you had that same look when I gave you tax papers to fill out, which by the way, you still haven’t done. It was also the look you had when you said you didn’t want a byline. Now you’re scared of taking phone calls?”
Any amusement she’d pretended to have faded, and she stared him straight in the eye as if warning him to back off. “I’m not scared of taking phone calls. I just wasn’t expecting one, that’s all.”
“That’s all?”
“That’s all,” she stated firmly.
“Look, I don’t care what’s going on with you. I just need to know that you’re not bringing your problems to my doorstep.”
“I’m not.”
Reaching around her, he closed the door. “I don’t need any more complications getting this paper back on its feet than I have already.”
“I’m not here to complicate anything. I just don’t want to throw my name out there when I’m only passing through.”
“Passing through to where? Where are you going, Andi? Where did you come from? Why are you here?”
He sighed when she simply stared at him.
“You know what?” He shook his head, thinking of how intense the last few days had been. Not just the frustration they seemed to constantly spark in each other, but the undeniable attraction he felt for her that he suspected was not one-sided, as well as his fear of getting involved with someone who had just as much, if not more, baggage than he did. “This is a really bad idea. I mean, I don’t even know what kind of experience you have, and I’m taking your advice, letting you write for me, and make decisions for my paper.” He held up a hand to stop her when she started to speak. “I don’t even know if Andi is your real name because you have yet to give me any kind of proof of identity. You’ve got this whole secret life thing going on, and it’s starting to make me nervous. I think it’s time for you to tell me who you are and how you know what you know about running a newspaper.”
She stared him down, seemingly torn. “I obviously have experience. Isn’t that enough?”
He glanced through the window at Donna, not really needing to verify that she wasn’t eavesdropping. She rarely left her desk. He just needed to not look at the plea in Andi’s eyes.
“I realize I’m not that great at this newspaper thing yet, but I’ll get it. I’ve been going to conferences and doing research. I’ll figure it out. It would be easier if I had someone on staff to show me, but not if you can’t be honest with me.”
She scoffed and gave her head a hard shake. “So I have to tell you my life story to work for you?”
“No,” he snapped. “You have to tell me that letting you work here isn’t going to cost me everything I’ve worked for. What kind of mess are you in?”
“I’m not in any kind of mess, Graham.”


“Don’t lie to me, Andi.” He paused, giving her time to confess, but she simply stood there, silently imploring him with her sad eyes. Damn it, he didn’t want to fire her, but she was not leaving him any choice. “Be honest with me.” He hoped using a more gentle tone would persuade her. “Tell me what is going on with you. Tell me right now, Andi. Or leave.” 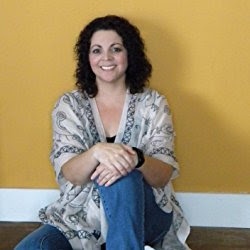 As a teen, Marci Boudreaux skipped over young adult books and jumped right into the world of romance novels. She’s never left. Marci lives with her husband, two kiddos, and their numerous pets. She is a freelance writer appearing monthly in a variety of local magazines as well as a content editor.

Romance is her preferred reading and writing genre because nothing feels better than falling in love with someone new and her husband doesn't like when she does that in real life.

How did you come up with the idea for your book?


That is the one question authors seem to get all the time and one that isn’t always easy to answer. Characters and plots tend to evolve over time and don’t always have a clear starting point.
That’s not the case with California Can Wait.
I know exactly where this book came from. At the risk of sounding too much like an E.L. James rip off, this book used to be fanfiction. Not for Twilight however. There were never any sparkling vampires here.
My fanfiction habit was based on the now defunct soap opera One Life To Live and that is where this particular story got it’s origin. So many of the readers who struggled through my bad grammar back then are still reading my stories—luckily, I have better grammar now!
If you are a fanfiction writer or reader, you know how passionate we fans can be when the shows don’t do the characters justice. In this case, the writers were really trashing my favorite character Viki Lord (played by the amazing Erika Slezak). After hitting what seemed like rock bottom, she disappeared off-screen for several months for a bit of a character reboot.
In the meantime, I whipped up this fanfiction story that the readers just loved. Years and years later, I am still asked if I can take this story or that story and make them into novels. That’s actually a bit more challenging that it seems because fanfiction already has a world and established characters, but this particular story was a bit easier. Since I was introducing new characters in a new town where our heroine had gone while not on-screen, I was able to eliminate any potential copyrighted material fairly easily to add to a for-sale product.
The characters in California Can Wait have grown quite a bit from where that story was, but the readers who were with me back then are going to recognize a lot of elements from the original. And new readers…without this confession, you never would have known!