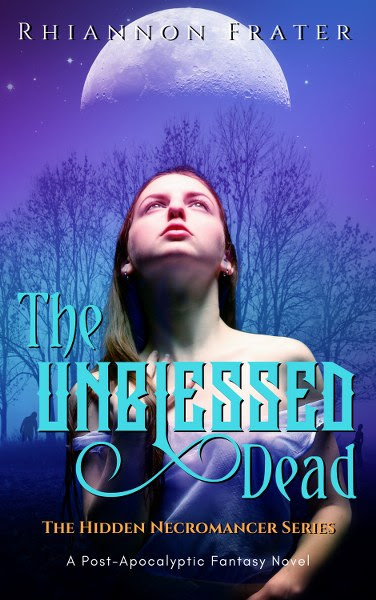 When I was younger, my mother saved my settlement from the Unblessed Dead that would have killed us all. It cost her everything to reveal her necromancy and sent shockwaves through our stringent religious settlement. Convicted of heresy against our sacred Lost Texts, she died soon after.


Since then, I have worked hard to maintain my Pious Standing so that when I turn eighteen I will be selected by a suitable husband at the Bridal Auction.
As the large clock in town square ticks down to my eighteenth birthday, the dead have been appearing in my garden. If I’m discovered, I’ll face the Necromancer Trial just as my mother, oldest sister, and I did all those years ago. This time I fear I will not survive it.
To add to my worries, an enigmatic handsome young man has arrived in the settlement. Around him swirls a green aura only I can see. Is he here to help me? Or does he have more nefarious plans?
My name is Ilyse Nott, and I fear I am a necromancer.
If I am, my life is over.

“Wardens, are the accused secure?” Elder Johan asks while he and the other Elders begin to move toward the stairs to exit. Watching them depart makes me want to scream. They’re condemning us to hell, but aren’t even brave enough to watch from their lofty perch.
“The accused are secure,” comes the reply.
“Open the doors and let the Unblessed inside.” With those final words, Elder Johan disappears from view as he descends the stairs to the exit.
The sound of protesting metal is accompanied by the creak of the large gears churning. The thick metal doors at the far end of the room begin to lift. The stink of death flows into the warm room and my stomach lurches. The wardens on the catwalk secure masks over their mouths and nose to blot out the stench. One tries to hand a mask to Quade, but he brushes it away.
“If the women have to endure it, so will I,” he says.
The noise of many feet shuffling reverberates through the large enclosure. An unearthly keening starts with one voice and blooms into a loud disharmony. The Unblessed scrabble against rising doors with their decayed hands, and the increasing noise shatters what’s left of my resolve. With a hiccupping cry, I cover my mouth with my hands in an attempt to stave off the need to scream.
“I can’t do this!” Carrie’s loud cry of despair draws my attention to her. “I was wrong. I’m not this strong!”
“Carrie, you can. Don’t look at them. Don’t let fear take over,” Aunt Leticia answers. “Ilyse, do the same.”
At the tower to my right, Carrie sinks to the floor and wraps her arms around her legs before hiding her face against her knees. Threading her fingers through her blond hair, she rocks back and forth.
I want to close my eyes and pretend this isn’t happening again, but I can’t. My gaze is pinned to the doors inching upward. Gas lamps along the walls shed pale illumination over the vast area, but the floor of the enclosure remains shrouded in shadows.
I miss when the first of the Unblessed slip into the gloom, so I scream when sharp bangs ring out and the tower vibrates beneath my feet.
They’re small. Kids. Don’t panic.
I peer over the edge of the platform and can barely discern the small faces turned upward to growl at me.
The doors clang to a stop. The crowd of Unblessed surges forward in a wave of gray skin and tattered clothes. My aunt lets out a gasp of fright. Her tower is the closest to the doors, but she’s not immediately visible to the Unblessed. The towers that Carrie and I are perched on are directly in their line of sight. The air trembles with the reverberation of so many feet shuffling over the wooden floor. My fingers ache from the fierce grip I have on the railing and I force myself to loosen it. The Unblessed swarm around my tower and Carrie’s, their hands slapping against the metal sheeting that protects the base.
“Close the doors!” a warden orders.


I look toward the gaping entrance to catch a glimpse of the corral on the outside of the wall where the Unblessed are herded for the test. It’s nearly empty, but something odd catches my eye. One figure stands just outside the door shrouded in a dark cape and hood. 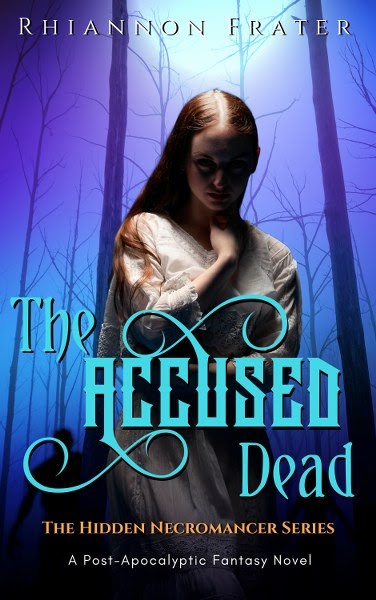 According to the Lost Texts, the sins of the mother are laid on the shoulders of her female children


My mother was a necromancer and the shadow of her conviction and death blots out my hard work to be considered Pious Standing in the very religious settlement where I live.
Though I’ve been exonerated through the Necromancer Trial, there are those who are convinced that I am a heretic, a devil-woman, someone who should be exiled, or worse, killed. I have to escape and my only hope is for Quade to win my hand at the Bridal Auction. 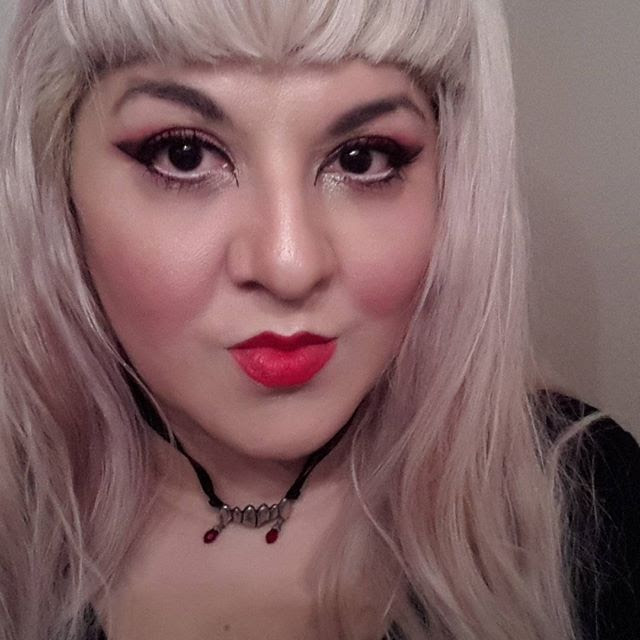 Rhiannon Frater is the award-winning author of the As the World Dies zombie trilogy (Tor) as well as independent works such as The Last Bastion of the Living (declared the #1 Zombie Release of 2012 by Explorations Fantasy Blog and the #1 Zombie Novel of the Decade by B&N Book Blog). She was born and raised in Texas where she currently resides with her husband and furry children (a.k.a pets). She loves scary movies, sci-fi and horror shows, playing video games, cooking, dyeing her hair weird colors, and shopping for Betsey Johnson purses and shoes. She’s the co-host of the ZCast, a Z Nation Fan Podcast.