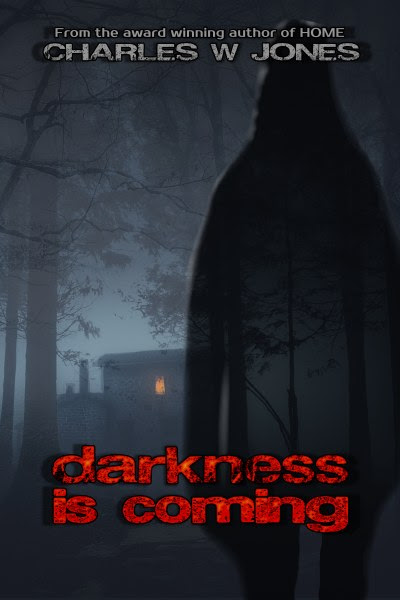 When Jess buys the house on Scarlet Lane, she quickly learns there’s more inside the house than the walls. A strange clicking fills the house at night, terrifying her children, ghosts reveal themselves, and she discovers a dark entity frightened a young girl, causing her to fall down the stairs to her death.

After Mason is released from prison, he is lucky to find a job and a place to live in his hometown. When he meets Jess, he discovers she bought his childhood home on Scarlet Lane, but he doesn’t know anything about the dark things that reside there, and has been sent on a mission by his employer to find something, though he isn’t given any details of what he’s looking for.

Only a few know what happened in the old mining at the base of the mountain when the beast made itself known over two hundred years ago. Throughout the years it toys with the residents, possessing them, tormenting them, killing them. An unexpected hero tells Jess and Mason the town’s history, and about the beast trapped in the house on Scarlet Lane, sharing the plan to end its reign of terror before it takes more lives.

She woke in the night, sitting up, eyes darting around the darkened room, the only light coming from the stars and the moon. She didn’t know what had woken her as it hadn’t her husband lying next to her in bed, his snores subtle.
Unfamiliar sounds came from the open window, unlike night birds chirping or frogs croaking in the wetlands. She strained to identify what had awoken her. Unsure if it was something scratching a rock, or something else. No, it was closer to the commotion a woodpecker made when it pecked through bark, searching for bugs or carving out a home, but, still, different.
Curious, she pulled away the blankets, glancing at her husband, hoping he’d awoken, too, so she wouldn’t be the only one suffering the uncomfortable call, but nothing had disturbed him. Her feet found the bearskin rug at the edge of the bed, and she cautiously ventured to the window, peering into the night.
The landscape was bright with the full moon filling the woods, and she quickly shifted her eyes through the trees, but not seeing anything to cause alarm.
The creek babbled softly, mixing with the disturbance, trying to distract her from her quest of finding what caused the sound. She detected no squirrels frolicking in the branches, no mice or rabbits darting across the leaf strewn forest floor, and no birds or bats fluttering in the air.
The sound grew stronger, giving her the impression that unseen claws clicked at the soil and tree trunks as it, whatever it was, made its journey through the woods. Then the sound stopped, leaving only the creek to play its music.
She trembled, and she crossed her arms in front of her full bosom, rubbing the skin hidden beneath the layer of her cotton nightgown.
A slight movement caught her attention, freezing the motion of her hands. Straining her eyes in the meager light, she focused on the spot, but nothing further gave her cause to continue her stare into the night.
Her gaze dropped lower to the ground, finding an eerie darkness, thicker than the other shadows. It undulated, washing across the ground to the clearing bordering the house, causing her to think of a thousand snakes writhing together.
A frown came with the thought, then she gasped as the clicking erupted again, louder, like many people popping their knuckles simultaneously, but still the description didn’t give justice to what she heard.
Her heart sped up its pace with the darkness swirling in eddies like a breeze churned its surface though the air was calm. Her hands reached to the top of the sash to pull the window closed as the haze shifted into a column, dark and thick, not allowing her eyes to penetrate its core.
The window stuck in its track. She focused on the black shape as it transformed into a human form taller than her house as her hands fought the sash, slapping at it with her palms, trying to release it. Even with her fear filled sobs and banging on the window frame, her husband continued to sleep.
The giant came closer, moving steadily toward the house. In her terror, she managed to free the window, and it slid down, but not before a hand swirling with storm clouds reached through the opening, grabbing her wrist.
The power of lightning surged through her, shaking her. She didn’t scream, she couldn’t, her throat was constricted. The torment filling her ended as abruptly as it had begun, and she gasped for air.


She woke from a daze, wondering why she stood at the window, glancing across the yard to the trees. The glow of the moon caused dew to twinkle on the ground and trees. The window was closed, making the room feel stuffy. She pushed the sash up, then traipsed back to bed. 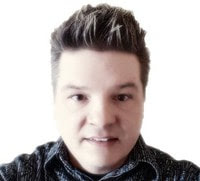 Charles W. Jones grew up in the small town Shoshoni, WY, and he managed to break free from its grasp with his soul intact. Growing up in a small town scared him to death most of the time. It's very dark at night - really dark. To top it off, it is full of ghosts; well, that's what Charles thought when he was kid. Turns out it was just the constant wind blowing dirt and tumbleweeds. Two of Charles' novels are set in Shoshoni, Dreamwalker: The Second Plain and HOME A Novel.

There isn't a part of the horror genre Charles doesn't like. He likes it creepy, filled with suspense, or even brutal with intense torture scenes. His favorite horror movies have always been the slasher movies; give him the gore. Clive Barker is Charles' greatest influence, but is also inspired by Lewis Carroll, Stephen King, and Frank Beddor. Real life is a large contributor to his writing, where he finds beauty in the most unexpected places.

Music has always been a great contributor to Charles' life, by means of not only entertainment, but personal soundtrack. When he writes, he listens to different types of music to set the mood of the scene he is writing. Eurythmics will always be at the top of his playlist, but many other bands and genres occupy his mind.