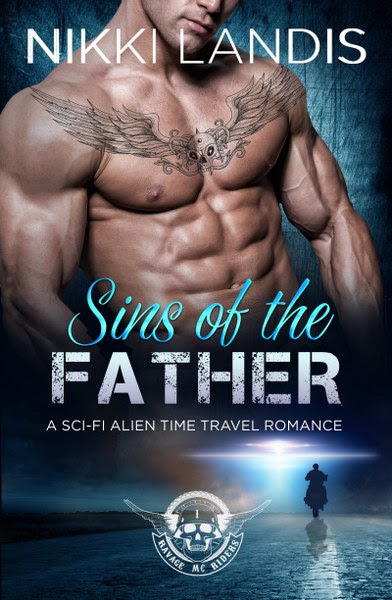 I was drunk, angry, and spoiling for a fight. The crowded bar was the perfect distraction until all hell broke loose.

She walked in. My world collapsed.

It wasn't supposed to happen like this. I never thought I'd see her again. Rae never should have been there that night . . . but 5 years of regret, loss, and vengeance have waged war inside me, and the sins of our fathers won't stop me from claiming what's mine: Rae Stenson.

She's my addiction. I need her. Even if I have to lie, cheat, steal, or kill.

But it may not be the past that we have to confront as the real sins of our fathers wreak havoc in Providence, CA where reality and fantasy collide.

Ravage Riders MC #1, first in a series of Sci-Fi Alien Time Travel Romances with a twist. Is there anything sexier than gun toting alpha male bikers . . . who aren't quite human?

Love always deserves a second chance...even if it's a little out of this world.

Neither of the guys indulged in this lifestyle when they could help it. Their mutual problem was one that haunted both of their dreams . . . and their past.
The same girl.
Rae.
Rage rushed through his veins like sharp poison, stinging and burning within the vessels. Thoughts of her always brought the same reaction. Pete’s fist clenched the red plastic cup, once full of beer, in his hand a little too tight. Good thing he already downed it. Why were these cups always fucking red? His patience was wearing thin and he was sick of the constant act around Rafe. Alcohol was an easy escape and one he sought often.
He was an expert at getting drunk. Ask anyone. And he had a temper too. Pete used to be a different guy, one who gave a shit and cared about doing the right thing. A low bitter chuckle rumbled in his throat as his best friend’s gaze caught his across the room, appearing in the doorway with a frown. R.J. glared in Rafe’s direction and ticked his head toward the exit, but Peter mouthed the word ‘no.’ He wasn’t ready to leave quite yet. There were a few things he needed to settle before he attempted to make all his wrongs right. Not an easy choice for a man whose life was condemned, but vengeance was bittersweet, and he intended to savor the moment once it arrived. For now, he had a plan to enact, which meant taking necessary risks. Right or wrong he was determined to avenge the wrongs done to him and those he loved. Doing the right thing caused him to lose the only woman who ever meant anything to him. Rae was gone forever because of his choices . . .
So . . . fuck doing the right thing.
He didn’t give a shit anymore.
Time was ticking, his hatred burning deep and simmering low, ready to ignite
in a flame of righteous revenge. So much time had passed. Too many years to
count. No more waiting, it had been long enough. Rafe would answer for his crimes.
Five years.
Five long painful years.
An eternity.
But just like the Grim Reaper . . . death was about to seek retribution.


The name of vengeance was Peter “Edge” Harding. 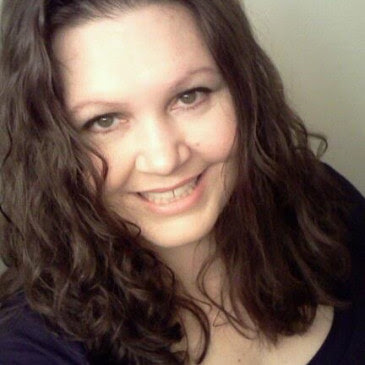 2017 IPPY Award Winner, Gold Medalist Best Romance/Erotica
Nikki Landis is the award winning author of over a dozen novels, mostly in the romance genre. She grew up sneaking her mother’s romance novels intrigued with the characters, the stories, and the historical settings from authors that have greatly influenced her writing like Johanna Lindsey, Kathleen E. Woodiwiss, and Bertrice Small.
She is also a fan of the classics and adores Jane Austen. Books like The Chronicles of Narnia, The Lord of the Rings, and The Hobbit have shaped and molded her vision of fantasy and inspired it, contributing to her popular series The Fight for Light novels.
Nikki holds two degrees, in Dietetics and Nutrition, and her Bachelor of Science in Health Promotion and Wellness. She’s a wife and mother, spending her free time reading, writing, and enjoying the outdoors.

Follow the tour HERE for exclusive teasers, excerpts and a giveaway!