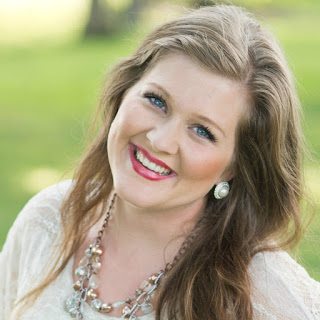 Her novels are a deployment experience of their own, threaded with faith, and filled with twists.

Hannah is a member of the American Christian Fiction Writers, and My book Therapy.

She and her family live in Tennessee. 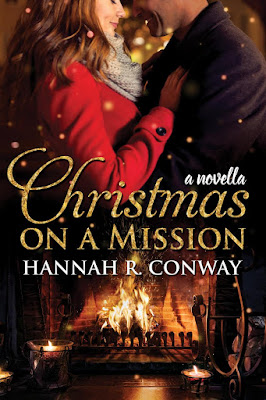 Audria Rylatt is the school system’s liaison for homeless students. She strives to make Christmas bright for hundreds, while the season brings only heartache after her fiancé was killed in combat nearly two years ago. So when her family decides to play matchmaker, she is less than thrilled. To make matters worse, they’ve invited a soldier friend of her deceased fiancé to the family cabin for the holiday.

But she’s surprised to find this soldier, Quinton Nolan, standing at the door of heart. Faced with painful memories, the despair Christmas brings her, and the fear to love again, Audria is in desperate need of a Christmas miracle. Or at least some of the hope Christmas seems to offer so many. Can she embrace a new mission? If so, Christmas may stand to deliver a lifetime of magical memories.
“Christmas on a Mission” is a delightful story of hope, life, love, and second chances, filled with all the joy and cheer Christmas brings."

She pulled Perry onto her lap and rubbed around his ears until he began to doze. Soon, Gatlinburg faded, and the asphalt roads turned to gravel. They began to wind and curve upward, higher and higher until her ears popped. She yawned to relieve the pressure and watched as the evergreen trees grew thicker with each turn. Freshly fallen snow perched on their limbs. A cardinal darted low, his crimson feathers a delightful sharp contrast against the patches of snow. He
followed along the car for no more than a heartbeat and then flew back to his home high in the treetops. She smiled and let the mountains welcome her back.
The family cabin peeked from its hill, the green roof laden with snow--a Christmas card scene come to life.
It had been two years since she'd seen this place. Two years since she let the hills hold her and speak solace to her soul. This was where she felt closest to God. Why had she stayed away? Why had she not drawn near?
Tension melted from her shoulders, the driest patches of her soul thirsted and craved the respite so near. Two years was too long.
So much had happened.
Parts of her had grown and mended...yet...not all.
But she was back, drawing near, and the thought was at once was both terrifying and exhilarating.
The cabin came into full view, and her body trembled.
Who knew what emotions awaited her? Could she face them?


Moments and memories bombarded her thoughts.