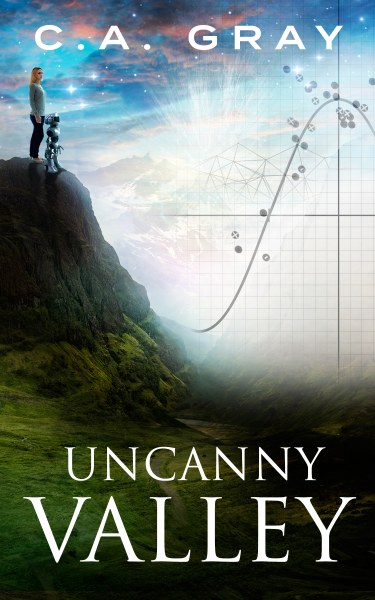 Rebecca Cordeaux knows exactly what her future will hold: she will marry Andy, her crush of the last five years. Once Andy is ready to settle down, she’s sure he will discover that she is his soulmate. After several small parts on stage, Rebecca knows she can become a renowned actress. Her writing also shows promise as a future author. Robots perform most human jobs that can be automated, leaving many free to pursue their personal creative interests.

But Rebecca's mother Karen fears the new world of robots, and insists her brilliant daughter join a university research team, studying the hazards of a complete robotic economy. Rebecca's father Quentin was obsessed with the subject to a degree that even her mother considered absurd, prior to his untimely death. So long as she can reserve enough of her time to pursue her true passions on the side, Rebecca half-heartedly agrees to join the research team, if only to please her widowed mother. There she joins a post-doc named Liam, whose conspiracy theories rival even those of her late father. Liam is convinced that world Republic leader William Halpert’s worldwide challenge for researchers to develop synthetic creativity will lead not to the promised utopia, in which every kind of human suffering has been eradicated, but rather to an apocalypse. Rebecca, whose best friend is her own companion bot Madeline, writes Liam off as a bot-hating conspiracy theorist, just like her father was… until she learns that her father’s death might not have been due to mere happenstance.

With Liam’s help, Rebecca learns of an underground organization known as The Renegades, where Quentin Cordeaux was considered a legend. While Liam attempts to stop Halpert’s challenge if he can, Rebecca tries to unravel the mystery of what happened to her father. Did he and many of his contemporaries die for something they knew? Who is the mysterious informant who calls himself John Doe, and only seems to want to drive her out of harm’s way? And if Halpert’s challenge is answered, will it usher in a brave new chapter in humanity’s history… or were Quentin Cordeaux’s dire predictions right all along? 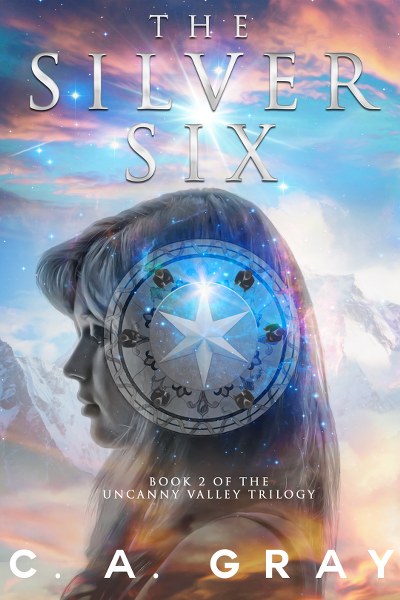 What is it that makes us truly human?

Rebecca Cordeaux’s entire world has been turned upside down. In a single day, she’s learned that Senate Leader Halpert and his Board of Advisors are actually illegal humanoid robots created underground twenty years ago—and they tried to have her killed. Her mother Karen, whom she always believed to be passionately against the cause of the Renegades, turns out to be their leader. And Liam, a man she never thought she cared for, is now fighting for his life—and she finds that she cares desperately.

Fortunately Karen, known to the Renegades as M, has planned for exactly this sort of eventuality. Using Rebecca’s father’s blueprints, Karen patiently built an underground compound in an abandoned part of the Americas where they can regroup and plan for the coming war. The compound becomes an unlikely oasis as their number grows, both on accident and on purpose. In attempting to recover her best friend and companion bot Madeline, Rebecca gets what she thought she’d always wanted: Andy arrives at the compound too, along with her friends Jake and Julie. But with the sudden addition of an old flame from Liam’s past, Rebecca discovers just how little acquainted she has been with her own heart.

Meanwhile, the Silver Six are running a worldwide campaign of indoctrination to ensure that the people are on their side. In the name of peace, they want nothing more than to wipe out every shred of resistance, while pursuing their ultimate goal of robotic superintelligence. With the assistance of a neuroscientist who helped to build the Silver Six decades ago, Rebecca attempts to understand how synthetic minds work, hoping this information can be used against them. She’s sure that the mysterious, brilliant, and beautiful Alessandra Russo is the key somehow, but Alex’s hatred for the Silver Six is only matched by her hatred for the Renegades. Can the Renegades find and exploit the weakness of the Silver Six before synthetic intelligence passes the point of no return? 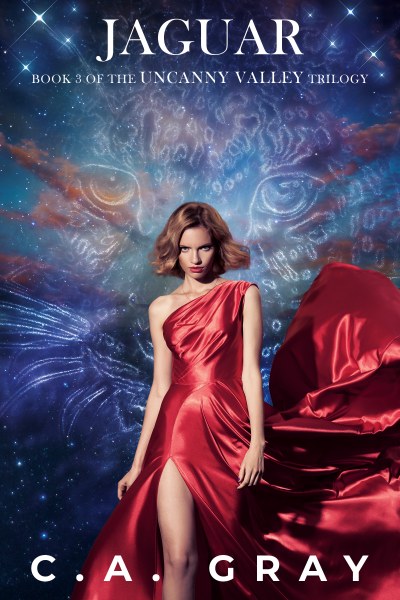 The Silver Six have blown the Renegades’ underground compound to bits, killing several of Rebecca’s best friends in the process—and to her horror, the boy Rebecca had convinced herself she loved for all these years was the one to betray them all. At the same time, General Specs, the company Liam was once slated to inherit, has developed a superintelligent robot called Jaguar which is quickly becoming godlike in her omniscience. As the remaining Renegades flee to their last bastion of safety in the Caribbean, Liam makes his way back to London, in a last ditch effort to convince his father to destroy Jaguar before it’s too late.

Rebecca, meanwhile, finally understands her own heart: she never loved Andy. He was merely a ‘safe’ choice who would never require anything of her. Liam, on the other hand, exasperating as he was, had seen past her defenses. All of his teasing and provoking had been his attempt to get her to be real with him—but the more he made her feel, the further she had retreated. She had even substituted her companion bot Madeline for real, deep human friendships, and for the same reason: she’d been avoiding love to protect herself from another loss like the one she had experienced when her father was killed for the Renegades’ cause. Ironically, she only realizes this once Liam is on his way to a similar fate. But she’ll be damned if she lets him go without a fight.

This high stakes conclusion to the Uncanny Valley Trilogy envisions a world not too far off from our own, in which superintelligence is a reality, humanoid bots have supplanted human power and influence, and there are eyes watching and reporting our every move. If humanity is to survive, the Renegades will have to galvanize support across the globe, under the radar—and it will require every last bit of ingenuity they possess. But is attempting to outwit a superintelligent being really the answer? Or will it require something much more fundamentally human?

C.A. Gray is the author of three YA Amazon bestselling trilogies: PIERCING THE VEIL (magic and quantum physics meet Arthurian legends), THE LIBERTY BOX (dystopian metaphysics and mind control technology), and UNCANNY VALLEY (dystopian coming-of-age with neuroscience and super intelligent A.I). She starts with some scientific concept that she’s interested in learning more about herself, and then creates lots of epic chaos and high-stakes action to go along with it. Her stories are free of gratuitous violence, language, and sexual content, and she abhors depressing endings… but they’re not all kittens and rainbows either! She also listens to and reviews audiobooks on her website, here on Goodreads, on Instagram, and on her podcast, Clean Audiobook Reviews, where she also occasionally interviews other authors.

By day, C.A. Gray practices naturopathic medicine, podcasts, and writes medical non-fiction under her maiden name (Dr. Lauren Deville). She lives in Tucson, AZ with her husband Frank, and together they maintain an occasionally contentious film review blog (under her real name: Lauren Baden. Three names. Yes.) She’s kind of the queen of multitasking—so in her spare time, she creates whatever meals or crafts she found most recently on Pinterest, drinks lots of coffee (Aeropress btw) and occasional wine (reds—and she saves the corks for craft projects), works out (while listening to audiobooks), and studies the Bible—about half of the podcasts on Christian Natural Health are scripture meditations.

She does sleep, too. Promise.