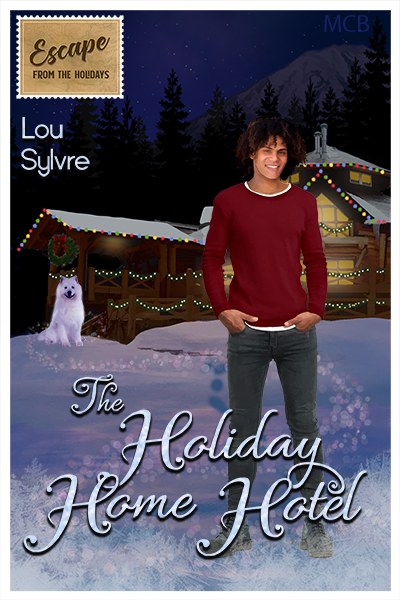 Daren Novak and Gunny Schuler have known each other since freshmen days at the University of Washington, where they'd started a romance Daren assumed would last. But at the start of winter break, Gunny bowed to the dictates of his lifelong religion and his overbearing father and left UW never to return.


After a failed marriage, Gunny built a quiet life embracing his gay identity, and left his North Dakota home, his marriage, and his father's business for a forestry and teaching career in Oregon. Meanwhile, Daren has built up his own life around managing a unique holiday venue, the Holiday Home Hotel, and performing for the guests in drag as "Dare."

A decade has passed since they last saw each other, but now winter’s harsh weather brings them face to face—helped along by a minor goddess and powerful forest spirit. Too much hurt might lie between them now to fix things, but interfering supernatural beings are determined to force them to try. 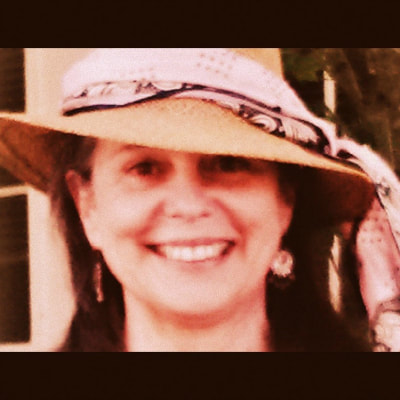 Lou Sylvre loves romance with all its ups and downs, and she likes to conjure it into books. The sweethearts on her pages are men who end up loving each other, and sometimes saving each other from unspeakable danger. It’s all pretty crazy and very sexy. As if you'd want to know more, she’ll happily tell you that she is a proudly bisexual woman, a mother, grandmother, lover of languages, and cat-herder. She works closely with lead cat and writing assistant, the (male) Queen of Budapest, Boudreau St. Clair. She is the author of the six well-loved books of the Vasquez and James Series and holiday favorites, Falling Snow on Snow and The Holiday Home Hotel. She teamed up with Kiwi author Anne Barwell to write Sunset at Pencarrow, an adventurous tale of New Zealand romance.

Blog Tour: the Music of Love in Lou Sylvre’s The Holiday Home Hotel

Hi! I’m Lou Sylvre, grateful to our hosts for the opportunity to share with you my 2018 holiday story. I love music as well as books, and it’s not uncommon for my characters to be musical men.

In The Holiday Home Hotel, Daren Slovak is a gay man who might wear flannel shirts and jeans when working around his hotel, lounging by the fire in his small private home, or playing fetch with his dog, Lelia, in the surrounding forest. But at night when the dance floor in the lounge is lit for a loving mood, he performs as Dare—decked out in delicious drag. Back in his college days, his lover Gunny Schiller had described his luscious voice as “almost female but ever-so-male,” and “smooth yet throaty.”

Dare’s idol has always been Cher, and over the course of the story, he sings her songs of heartbreak, and hope. But he also sings about Christmas and Kwanzaa, the winter outside and spring and the changing seasons, and—of course—longing and love.

I’ve put together a playlist of all the songs in The Holiday Home Hotel. Enjoy them through the YouTube links if any strike a chord with you, and I hope you’ll read the novella—one of the brightest love stories I’ve ever written—and find out how the music weaves into the words as Daren and Gunny get a second chance at love.
_____________________

Billie Holiday:
“Some Other Spring” https://www.youtube.com/watch?v=1nwRPeKJhyc

Dells:
“Oh What a Night” https://www.youtube.com/watch?v=dOrb7py-cgo

Tina Turner:
“What’s Love Got to Do With It” https://www.youtube.com/watch?v=oGpFcHTxjZs