The Sins of Rory MacLeod by J.R. Salisbury Book Tour and Giveaway :) 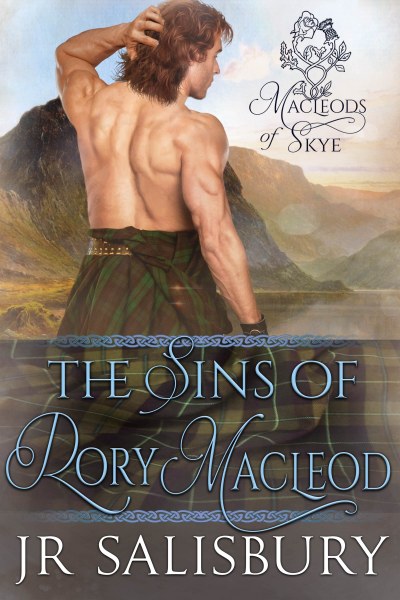 A riveting tale of family, love, and betrayal.
Left jilted at the altar by his bride, Rory MacLeod, the Duke of Skye and chief of the MacLeod clan finds himself becoming the subject of unsavory gossip.
Marriage to a respectable young lady of impeccable breeding is the only way Rory can hope to silence the gossips.
Licking his wounds, he returns to London for the upcoming session of Parliament and Season. He brings with him his sister Lily. It will be her first season and one which Rory intends to find a bride of his own. He doesn't have to look far.
Victoria, the Duke of Hargrove's daughter, catches more than his eye the moment he meets her. She is everything his duchess needs to be. She is smart, beautiful and devoted to Rory. Not even his darkest secret can sway her.
The bliss of married life is ripped apart by betrayal of the worst kind. His sister is kidnapped and forced into a marriage with only one purpose. Money. Even worse is who is behind it all.
With his own reputation and that of his family and clan at stake, Rory must carefully negotiate his sister's return without the world finding out about his secret. Not only could it bring shame to everyone he holds dear, it would mean his ruination and worse. 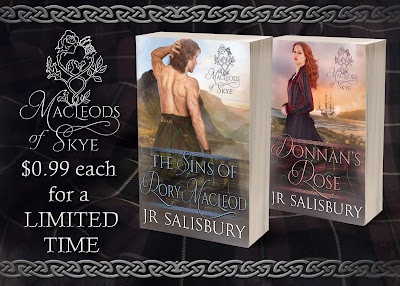 "Good morning, aunt. I trust you slept well last night?" "Yes, thank you." She sat across from Rory and waited as a footman brought her a plate of toast and a cup of tea. "What do you and Lily have planned for today?" She smiled. "I think you mean what does Lily have planned for today, don't you?" He wasn't sure. Women were so complicated at times. They could twist the simplest of conversation around where one didn't know what it was about. "My sister is excited?" "Yes. She can't wait for the Abbott ball." "Isn't she excited to be presented to the Queen tomorrow?" "But of course. It's just that the Abbott ball will be her first official function." "I understand." Actually he didn't. The female mind was something that always confused him. He took Mac's lead and simply let them have their way. He slid the newspaper across the table to his aunt. Fiona was his father's younger sister. She had endured tragedy when her husband had been killed in a hunting accident two weeks after they'd married. He often wondered why she'd never remarried. She was still a beautiful woman. "It seems we've made the gossip columns already." She smiled at Rory. "Oh, my. I hope it's all good." He nodded. "It is. More of a curiosity about me." "Ah, yes, the jilted bridegroom. Of course." "Which I don't intend to get in my way." Fiona tilted her head. "You're serious about finding a bride. Even if she's English." "Aye. It matters not if she's English or Scot. I need a wife. It's time." "You are a continuous surprise to me, Rory." "How's that?" "Just when I think I know what you're going to do, you do something I don't see coming." He laughed. "That's the way I prefer to keep things.  Mysterious." "And that you do." Rory stood and walked around the table to his aunt. He kissed her on the cheek. "I need to see to some things in my study. If you have time to help me go through the stack of invitations, I'd appreciate it. Tyler says there are quite a few." "This should prove to be interesting. I'll be there in a few minutes." "Thank you."
"For what?" "For making this trip and seeing to Lily's needs. I know Mother didn't want to be far when Rose gives birth, so I'm glad you stepped in." "Say no more. I'm more than happy to ensure Lily's first season is a success. Edana has been on Skye for far too long. London society makes her nervous." "I know. We all do. That's why Lily didn't raise a fuss about her not attending." "We all have our reasons and our secrets. Remember that, Rory, and don't judge people by who they are." He nodded and left the room. He knew better than to get into a discussion of that sort with his aunt. She was too wise. Sometimes more than a woman should be. 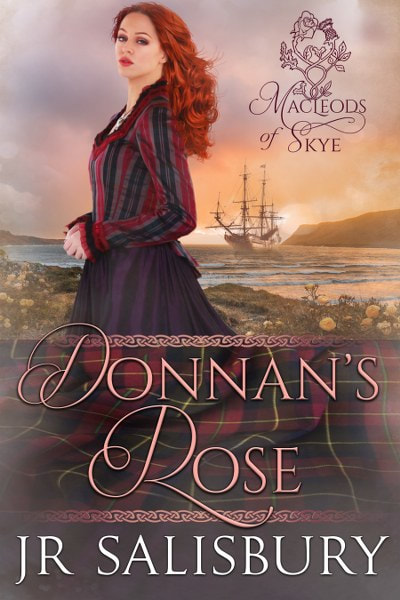 As the fourth MacLeod son, Donnan MacLeod does not have to take on the responsibilities his older siblings do. He is free to keep his business private. As a privateer he sails the channel looking for smugglers. Very elite smugglers.


It's not until he returns to Skye for his mother's birthday when Donnan begins to lose control of his life. And it's all because of a woman, the one woman he's loved since childhood. The woman he desires above all others - that is should he ever think of taking a wife.
Rosalind, strong willed and opinionated far more than most, she is determined to find out what it is Donnan is hiding. Never before had they kept things from each other, but Rosalind is convinced he's keeping something huge from her.
Everything changes in the blink of an eye.
Stowing away in the back of Donnan's coach, Rosalind changes their lives forever. The adventure begins... 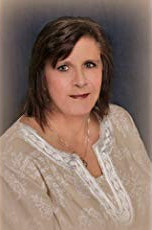 I've always been a creative individual. Writing is just a facet of that creativity...

My careers in public relations in and around the entertainment industry, photography, editing,  artist management, modeling and special event planning all elevated my passion for writing, not to mention gave me a treasure trove for story lines.

I write women's fiction; contemporary romance (as Jamie Salisbury) and historical romance (as JR Salisbury) which is ever evolving. I am fortunate enough that writing (and marketing of said product(s)) is my full-time job, although I always have one or two other projects going at the same time.

I now live in a suburb of Atlanta. Some of my other interests include photography, equestrianism, reading, and of course, travel.

I sincerely hope my writing will entertain, enlighten, and inspire others to pick up the pen and pursue their own dreams. I love to be contacted by readers, writers, and history buffs.